ARS 3:1 TOT: Tomiyasu's Brilliance and Other Talking Points Of The Game.

By Waltygenius (self media writer) | 20 days ago

Arsenal FC entertained Tottenham Hotspur in one of the fiercest fixtures in North London, which was scheduled for 4:30 PM West African Time at the Emirates Stadium.

Mikel Arteta's Arsenal won the match by 3-1 after a masterclass display in front of the home supporters. Arsenal was already in front at the end of halftime by 3-0 through goals from Emile Smith Rowe, Pierre Emerick Aubameyang and Bukayo Saka. 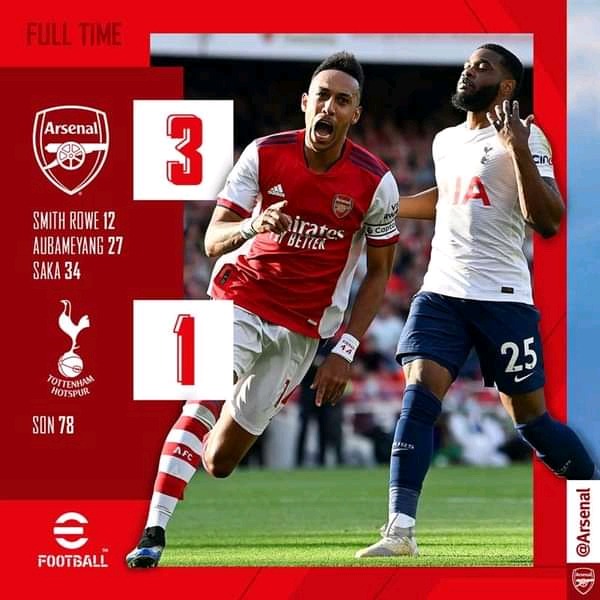 Arsenal's win over Tottenham was their third consecutive win after a horrible start to the season last month. They have moved up to the 10th position on the same points and goal difference with Tottenham who occupy the 11th position. 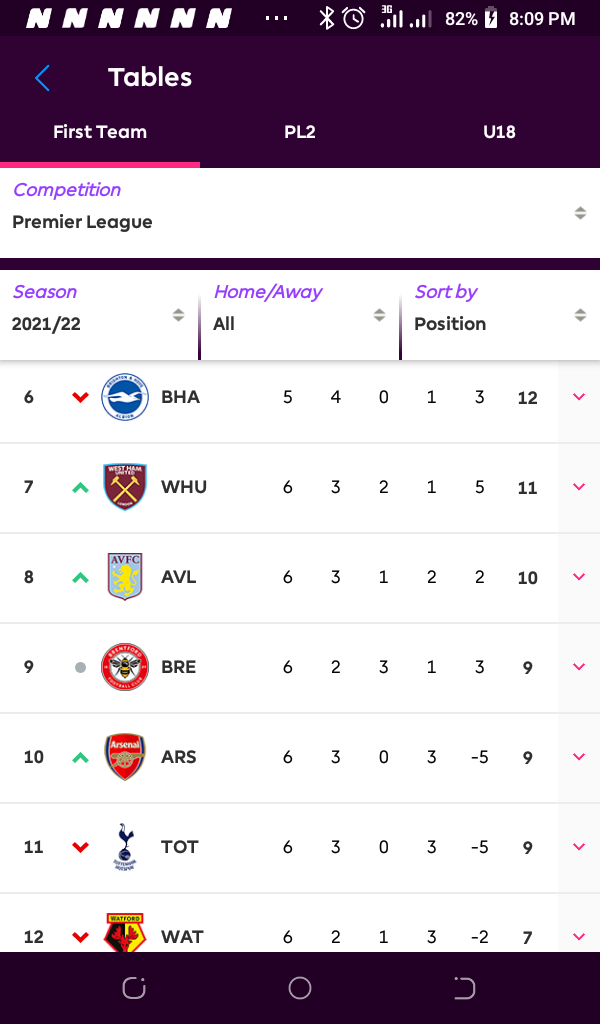 Although the game was quite entertaining, there are some major highlights from the game and they include:

1. Tomiyasu Solidity at Right Back

It's been a long time Arsenal had such a strong and business-minded defender deputising as a right-back after Emmanuel Eboue. Tomiyasu was an unknown name amongst football fans but after today's game, he will surely be a household name. 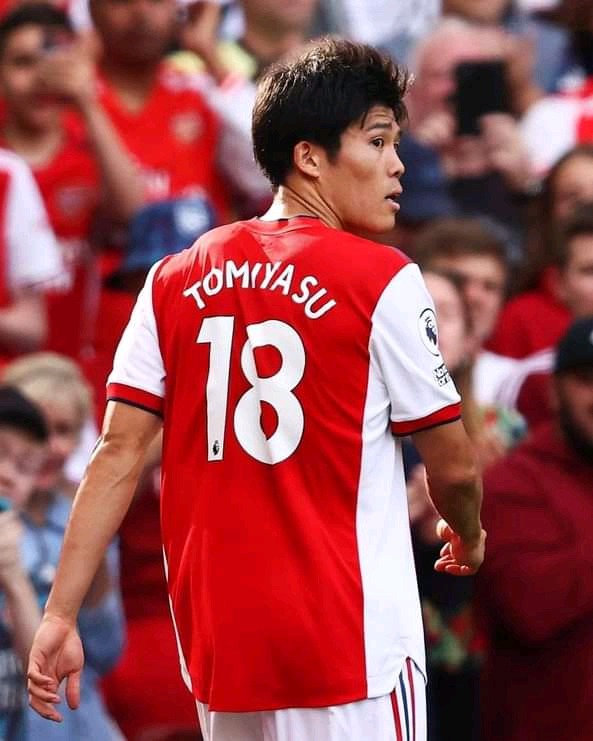 He was outstanding on the right flank, giving Heun Ming Son little or no chance at all to carry out his gimmick as he does against Chambers and co. He was also effective in the attack aiding Bukayo Saka in his build-up play.

When it comes to a specialist at travelling with the ball in the English Premier League, you can't omit the talented youngster who has proven himself against big teams on more than one occasion. 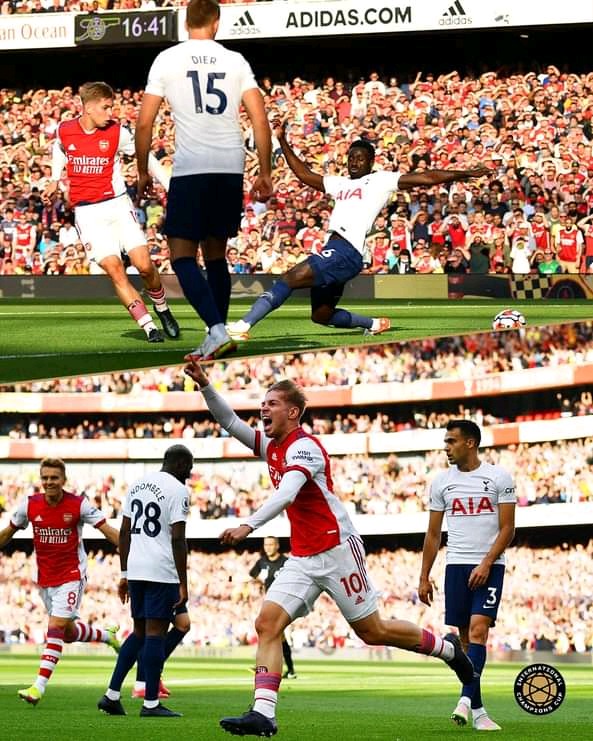 He was terrific against the Tottenham defence with Tanganga continually chasing after shadows due to the midfielder's brilliance. He scored the opening goal and provided an assist for Aubameyang's goal.

He was simply unbelievable!

Every Arsenal fan must be singing praises of Aaron Ramsdale who have been one of the best performers since he completed his move to Arsenal in the summer transfer window. 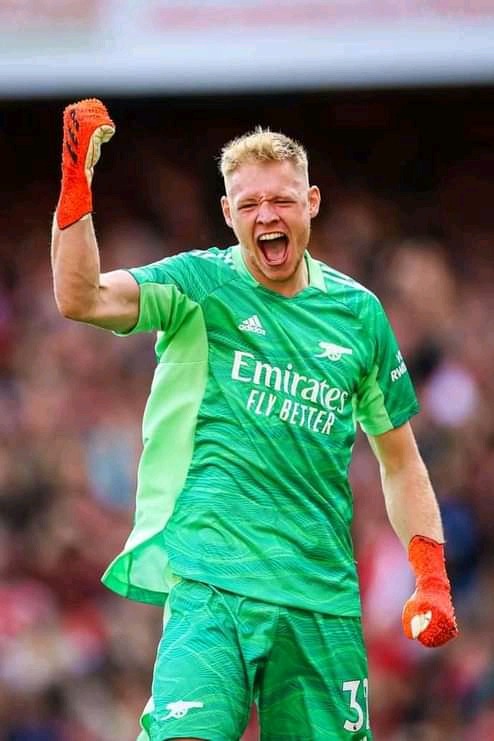 He made a couple of brilliant saves and was often seen coordinating the backline and dishing out instructions to ensure equilibrium. These attributes are missing in Bernd Leno.

4. Saka Should Play Regularly from That Position

Bukayo Saka was one of the standout performers during the match as he posed a serious threat to Regullion and Eric Dier who couldn't cope with the youngster's energy. 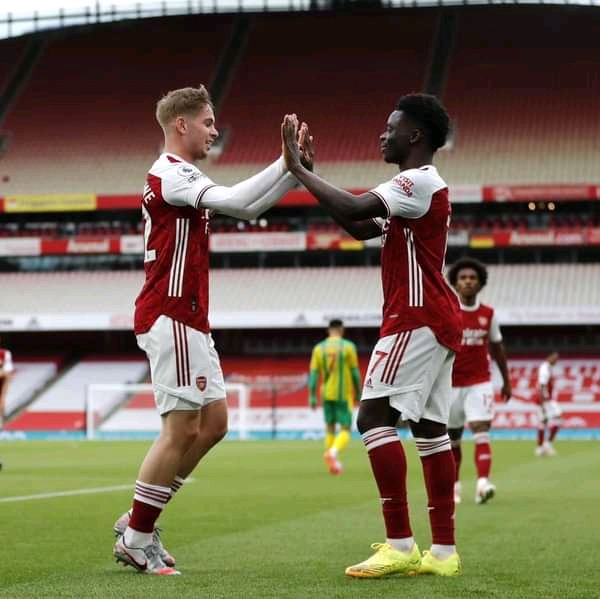 Saka did a far better job than Nicholas Pepe on a good day. He provided the assist for the first goal before slotting home the third goal of the game. He showed no sign of slowing down throughout the game, unlike Pepe who seems to be advertising a product whenever he steps onto the pitch.

Good performance indeed from the Gunners and Mikel Arteta. 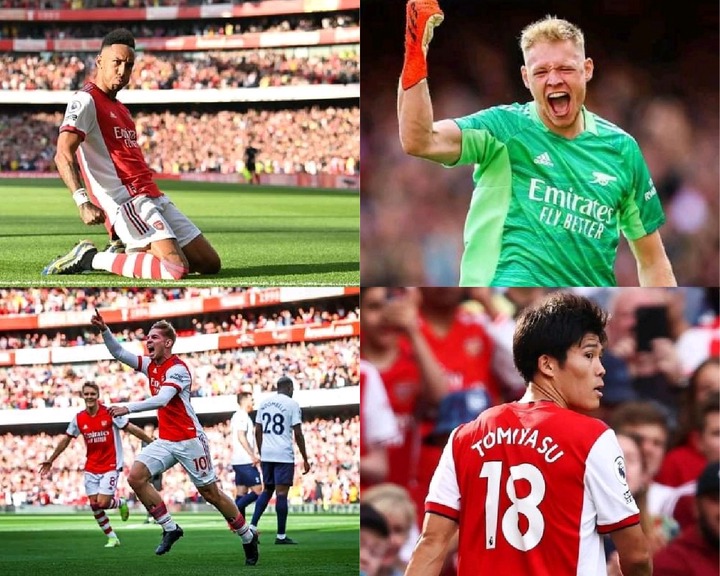 Who was your best player on the night? let's discuss this in the comments section below.