Jokers: Nine Joyful Famous Footballers Who Can Also Act Like A Commendian. (Pictures Below) 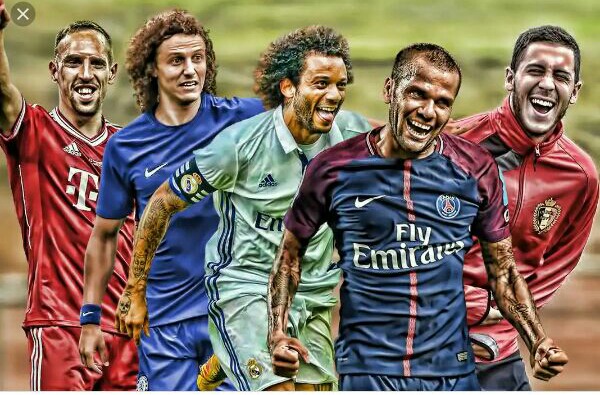 Football is an excellent source of amusement. Some football players can bring hours of laughter to their teammates, especially during the training sessions. Those are the kind of players who always look joyful off the pitch, trying to make others laugh. Here is a list of top 9 players who are jockers. 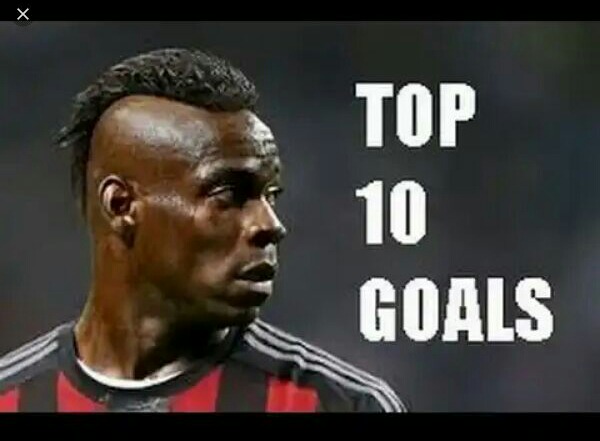 Mario Balotelli Barwuah (born Mario Barwuah August 1990) is an Italian professional footballer who plays as a striker most recently for French club Marseille and the Italy national team .He started his professional football career at Lumezzane and played for the first team twice before having an unsuccessful trial at Barcelona , and subsequently joining Inter Milan in 2007 . Inter manager Roberto Mancini brought Balotelli into the first team , but when Mancini left , Balotelli's disciplinary record fell away . He had a strained relationship with new manager José Mourinho and was suspended from Inter 's first team in January 2009 after a number of disciplinary problems . NOTE: Though he looks serious, Balotelli is one of the players who like making jokes anywhere. Be it on and off the pitch. He even goes beyond the limits and does things that can annoy his teammates sometimes. Should we say when he failed at putting a bib on? If history has taught us anything, it’s that Balotelli will always do something stupid. 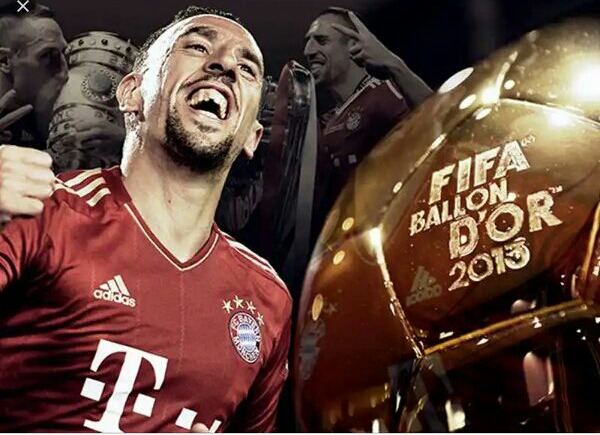 Franck Ribery was born on 7 April 1983 in Boulogne-sur-Mer. He was involved in a car accidenat as a child and needer over 100 stitches. This left two long scars on his face. He worked as a construction worker before becoming a professional footballer. He was signed to FC Metz 2004. He was the sold to Galatasaray. On 15 June 2005, Ribéry announced that he would be returning to France joining Ligue 1 club Marseille. In 2007 he joined Bayern Munich. He has won the Champions League with Bayern Munich.Franck Ribery is married to Wahiba. The couple have 4 children. He is a convert to Islam. His Muslim name is Bilal Yusuf Mohammed. He has been involved in a child prostitution scandal with fellow french teammate Karim Benzema. He has scored 20 goals for France in 80 international appearances.NOTE: Ribery is the most friendly players in Bayern Munich then and Florentina. He is mostly involved in humorous things that happen in the team. Like scratching teammates and act as if nothing happened. Or traping staff members to make them fall down helplessly, and laugh at them. 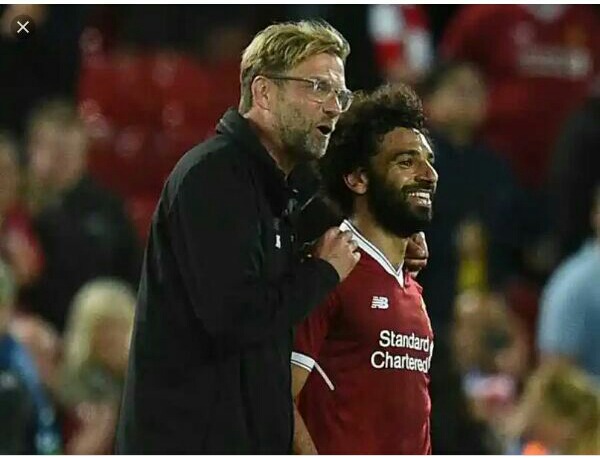 Jürgen Klopp was the last of 3 kids born to Norbert and Elisabeth Klopp in Stuttgart, West Germany. His father worked as a salesman and was formerly a goalkeeper. He was initiated to football by his father while growing up.During his early years, Klopp admits he desired to become a doctor, however, he never felt smart enough. That sentiment was reflected in his headmaster’s remark to Klopp when he was handed out his A-level certificate. In his remarks, his headmaster expressed hope that Klopp succeeds in football because if it didn’t, the future wasn’t so bright for young Klopp. Klopp went on to play football for various German clubs such as FC Pforzheim, Viktoria Sindlingen, Eintracht Frankfurt II and Rot-Weiss Frankfurt during his adolescent years.While young Klopp played amateur football, he worked at a video rental store. While he played no professional football for Eintracht Frankfurt, Klopp attended the Goethe University of Frankfurt. During that period, Klopp managed the football affairs of Frankfurt D-Juniors. Klopp completed his tertiary education, graduating with a diploma with a major in Sports Science from Goethe University of Frankfurt. NOTE: Klopp is one of the best managers in this world today. One of the things that make him special, is the environment that he brings between him and his players. Imagine a Coach who feels free to jump on a player’s shoulders, and then run. But the thing is that, even the reporter like him so much because he makes them laugh a lot when answering their questions. 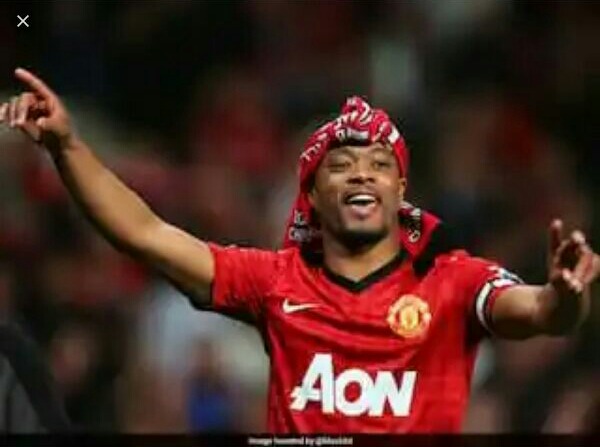 Patrice Latyr Evra is a French football coach and former professional player. Originally a forward, he primarily played as a left-back. Evra, whom manager Sir Alex Ferguson praised for his leadership, also describing him as one of the best left-backs in Europe, served as captain for both Manchester United and the France national team. The son of a diplomat, Evra was born in Senegal and arrived in Europe when he was a year old. Evra started his career with Italian club Marsala. The following season, he joined Monza, but returned to France a year later to play for Nice where he was converted into a full-back. In 2002, he joined Monaco and was part of the team that reached the 2004 UEFA Champions League Final. Evra's performances for Monaco culminated in a move to English club Manchester United in January 2006 where he went on to win a collection trophies including five Premier League titles and a UEFA Champions League.NOTE: It is hard to feel bored when you have Evra as your teammate. Evra could make jokes on everyone including Sir Alex Ferguson. Gerard Pique revealed that he misses the jokes at Man United training ground with Evra. The French defender like dancing so much that he usually post a video on social media. 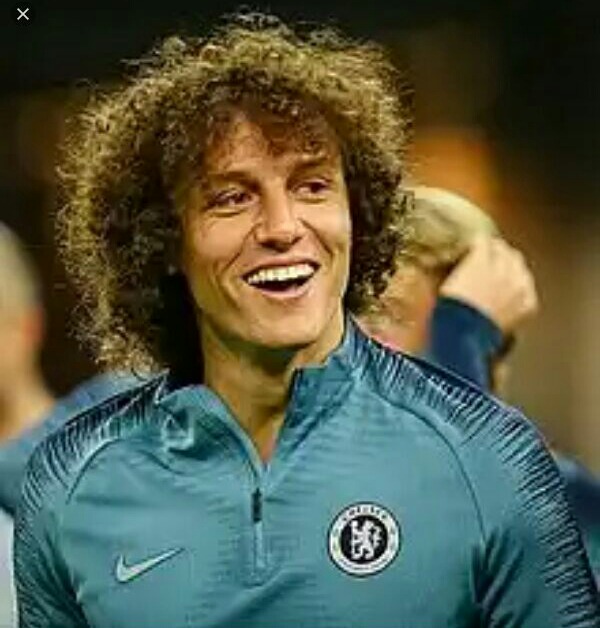 David began his career in his homeland Brazil with Club Vitoria, he made his debut as a teenage left-back and caught the attention of the national team set-up as he represented Brazil at the 2007 FIFA Under-20 World Cup in Canada.Luiz also caught the eye of the Brazilian coach Mano Menezes and made his senior debut against the United States a month after the World Cup in 2010.David officially moved to Chelsea on 30th January 2011.However, it was during the 2009–10 season, with the arrival of manager Jorge Jesus in Benfica, that David Luiz became a club symbol and vice-captain. He was ever-present, appearing in 49 official matches (three goals, 4,206 minutes), as Benfica won the league after a five-year wait.On 20 March, he scored his second goal for the Blues, heading in from a free kick against Manchester City, and again receiving the Man of the match award, as well as the Player of the Month for March. On 7 September 2012, he became the captain of the Brazilian national team.On 13 November 2015, David Luiz received his first red card in his career during the 1-1 draw with Argentina in Buenos Aires for the 2018 FIFA World Cup.In 2016, came a big shock for Luiz. NOTE: Wherever he gets, the first thing people get to know about Luiz is his endless jokes. David Luiz is always a livewire around the training ground and he’s always cracking the jokes. Luiz is mostly involved in all jokes that happen in his team, be it Brazil, PSG, Chelsea and Arsenal. Luiz once joked that N’Golo Kante scores more goals in training than Cristiano Ronaldo. 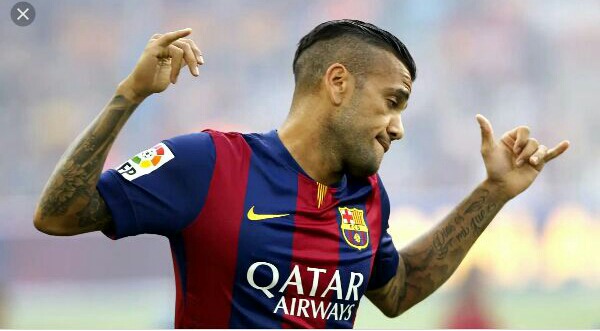 .NOTE: The Brazilian has a different and fun way of viewing life and was always playful with his Barcelona teammates. He brought the team together with constant jokes and pranks during training, which translated to the effective partnership on the field. He will be cracking jokes even on the bench, as well as on the coaches like Luiz Felipe Scolari. 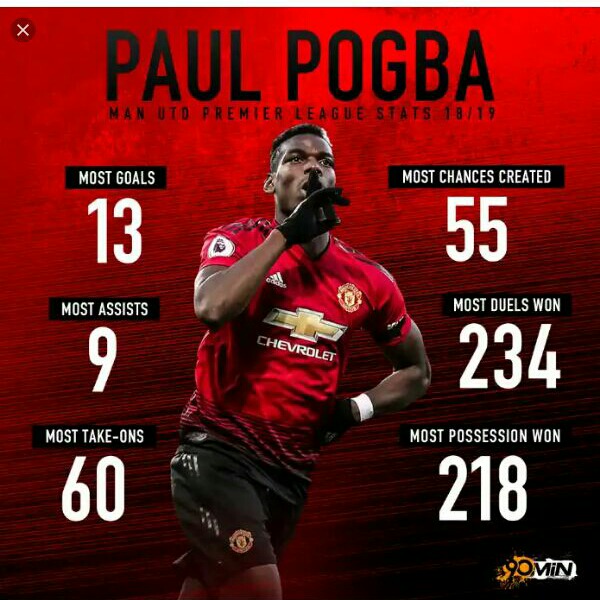 Paul Labile Pogba was born in 1993 in Lagny-sur-Marne, France. He plays for Italian club Juventus as a midfielder.A French footballer began his youth playing career at US Roissy-en-Brie, then he played for Torcy, Le Havre and in 2009 he moved to England, where he joined Manchester United’s youth academy. Pogba played for the club's under-18 team, before he joined United’s reserves, where he made his debut in November, 2010 in a 3-1 victory over Bolton. In February, 2011 Alex Ferguson included him in the first team along with three more youth academy players, though he didn’t make an appearance for the first squad by the end of the season and returned to the youth team.For the 2011/12 season Ferguson included Pogba in the first team and the French footballer made his professional debut as a half-time substitute in the Football League Cup match against Leeds United.In January 2012, Pogba debuted in Premier League, replacing Javier Hernández and in March he appeared in the UEFA Europa League Round of 16 second leg match, ended 2-1 loss at Athletic Bilbao.NOTE: Pogba is the best young midfielder in Premier League. He goes beyond playing and reaches to the extent of jocking. He is always in a good temper with his teammates for his sense of humor. The king of dub is said to spend a half of his day cracking jokes with friends and people around him. 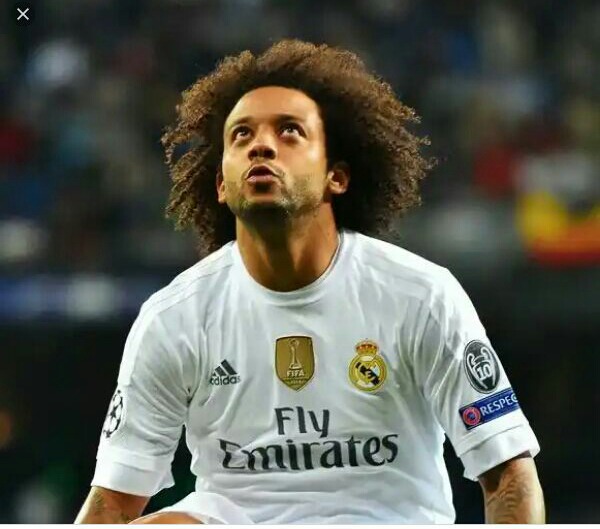 Marcelo is one of the remarkable names in the world of soccer. He currently plays for one of the best clubs, Real Madrid and represents his national team Brazil with alongside players like Luiz Gustavo and Cristiano Ronaldo. The player with the Jersey number 12 serves a Left back and sometimes he also plays as a left winger. He is one of the versatile players and has the ability to fight him for what he loved.NOTE: Marcelo is the only player who is never afraid to crack humorous jokes on Cristiano Ronaldo. Marcelo is merely seen unhappy. The only left back in the world to have more skills than some wingers is a comedy genius.This 32 year old footballer has a great persona. He stands 5 Feet 9 Inches long and his body weight is 75 kg in scale. Regarding his nationality, he is a Brazilian and falls under white ethnic group.Marcelo is one of the successful players along with his teammates for winning La Liga, Copa del Rey, Supercopa, UEFA Champions League, UEFA Super Cup, FIFA World Cup. 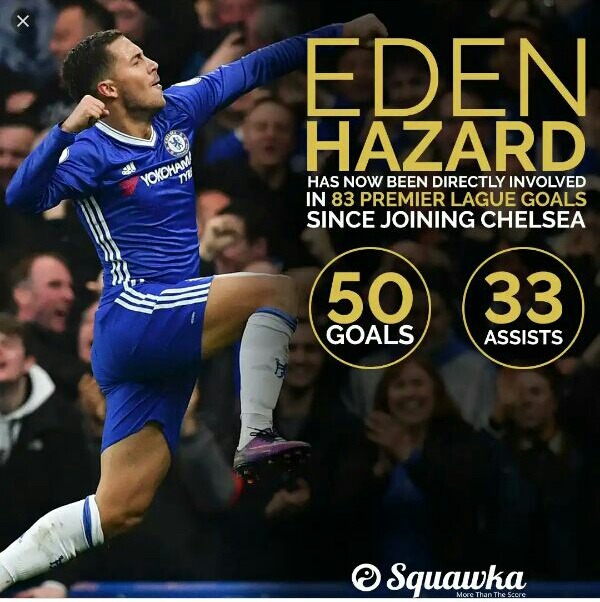 Eden Hazard is a professional Belgian football player and plays as a winger and attacking midfielder for the Belgium national football team and the English football club Chelsea.He is widely recognized for his amazing and uncanny creativity, skills and speed on the field and has often been described as a ‘superb passer’ and is also considered to be one of the best current football players in the world by his coaches and colleagues as well as the commentators.NOTE: Eden Hazard is a real practical joker! He is the king of jokes at Stamford Bridge. Chelsea players love Hazard for making their day with waves of laughter. After the match between Belgium and Greece, Hazard stole his teammate Nacer Chadli’s expensive watch during a luggage check at the airport. He just wanted to pull a prank on his teammate but never considered the consequences.