By Horlarjnr (self media writer) | 11 months ago 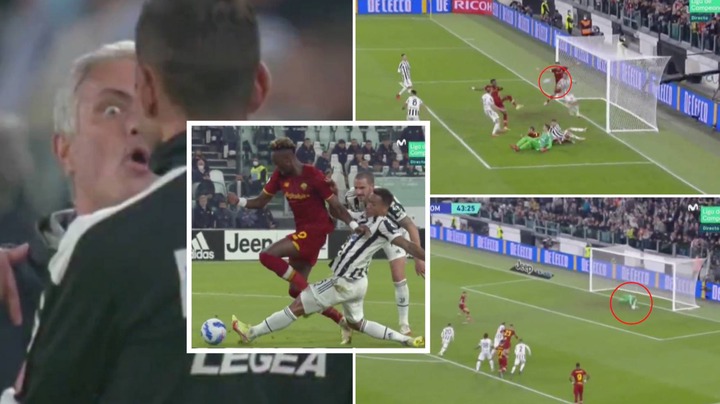 In the clash with Juventus on Sunday night, the England striker believed he had continued his fine form with an equalizer.

He appeared to have been tripped in the box himself and called for a penalty, but play continued as the ball fell rather gently on Mkhitaryan.

He was taken out by former Roma goalkeeper Wojciech Szczesny as he passed the ball to him.

Abraham took advantage of the free ball and came in from close range, but confusedly, referee Daniele Orsato did not give the advantage and instead whistled the penalty.

Typically Jordan Veretout, who had scored 13 consecutive shots on goal for Roma before, saw his 12-yard effort saved by Szczesny, who dived to his left and pushed the ball back.

Fans let off steam on the bad refereeing, which went against the rules:

Juventus lead at the Allianz Stadium thanks to a Moise Kean header in the 16th minute. If the result stays that way, you imagine Jose Mourinho not pulling any punches during his post-match press conference.