By Blessingwrites (self meida writer) | 1 months

The games between Real Madrid and Barcelona, dubbed "El Classico" by many football fans around the world, are one of the most anticipated matches of the year. Another El Classico was played yesterday, and after Real Madrid won, fans had a lot to say about Lionel Messi and Cristiano Ronaldo (who is longer plays for Madrid). 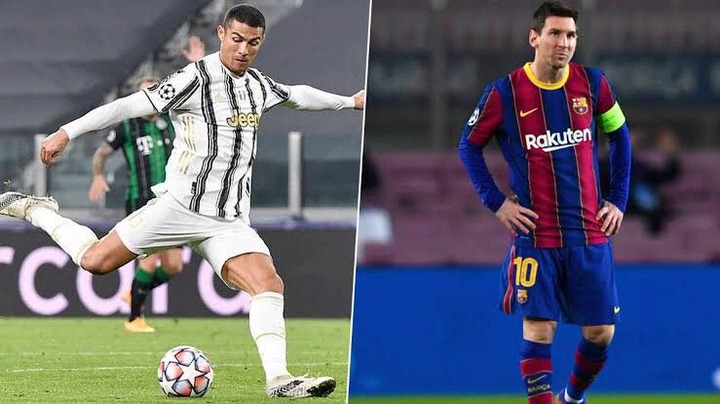 Cristiano Ronaldo and Lionel Messi are two of the best players on the planet right now. They've redefined El Classico games over the years, and it's impossible to discuss these games without mentioning the duo. Even after Ronaldo's departure from Real Madrid for Juventus, fans continue to compare Messi's results in El Classico games to Ronaldo's record in previous El Classico games. 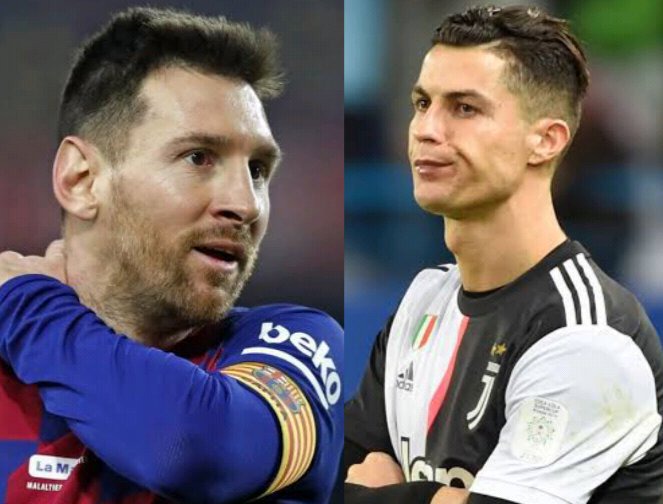 Lionel Messi did not score in yesterday's El Classico, making it his seventh El Classico game without scoring, according to records, and this sparked outrage, especially among fans who believe Cristiano Ronaldo has a better record in El Classico games than Lionel Messi. 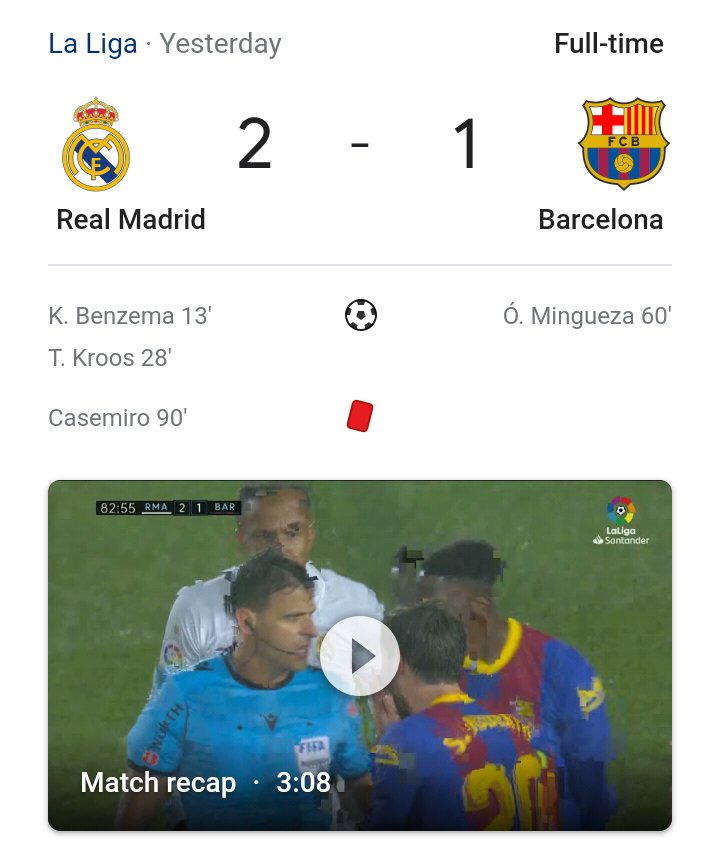 Most fans believe that Ronaldo cannot go seven games without scoring in a major game such as the El Classico, and that this is why they believe Ronaldo is a better player in big games than Messi.

See what fans are saying. 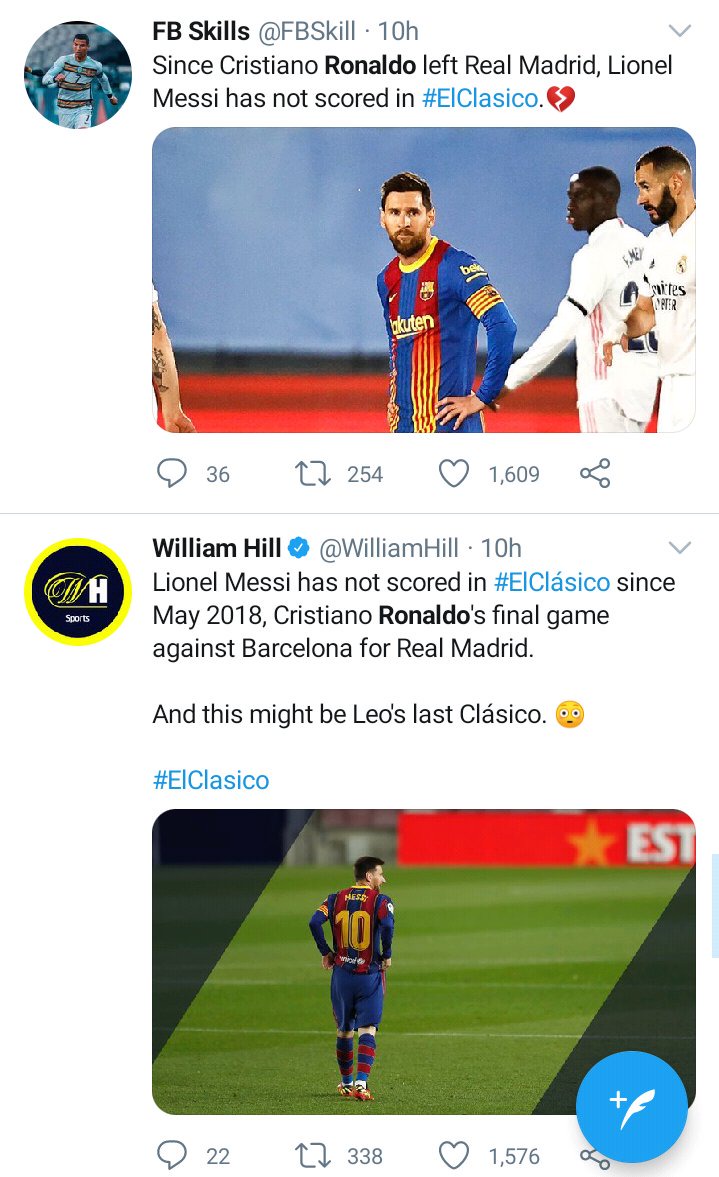 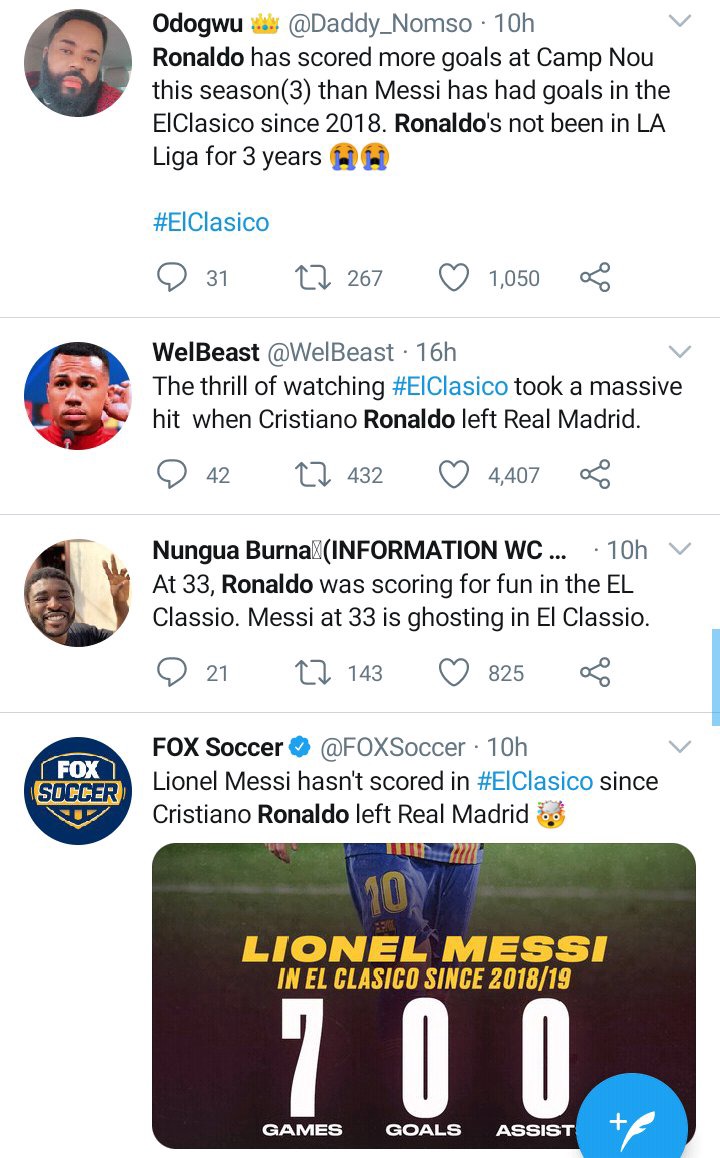 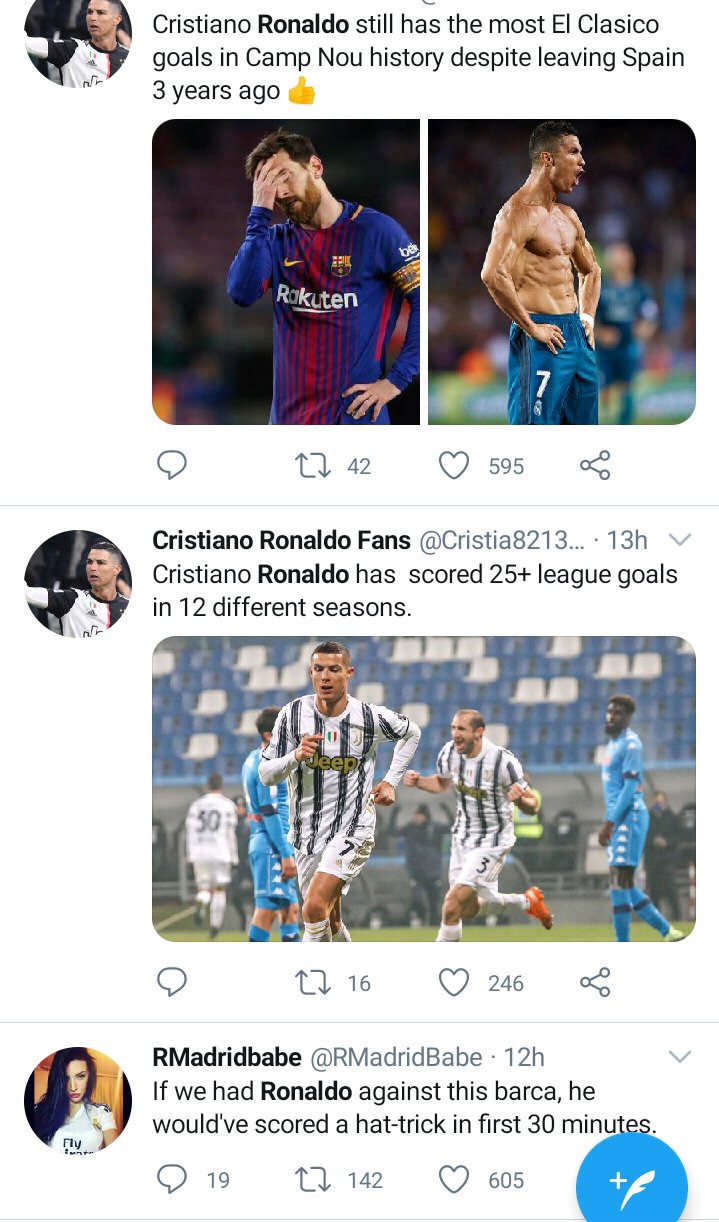 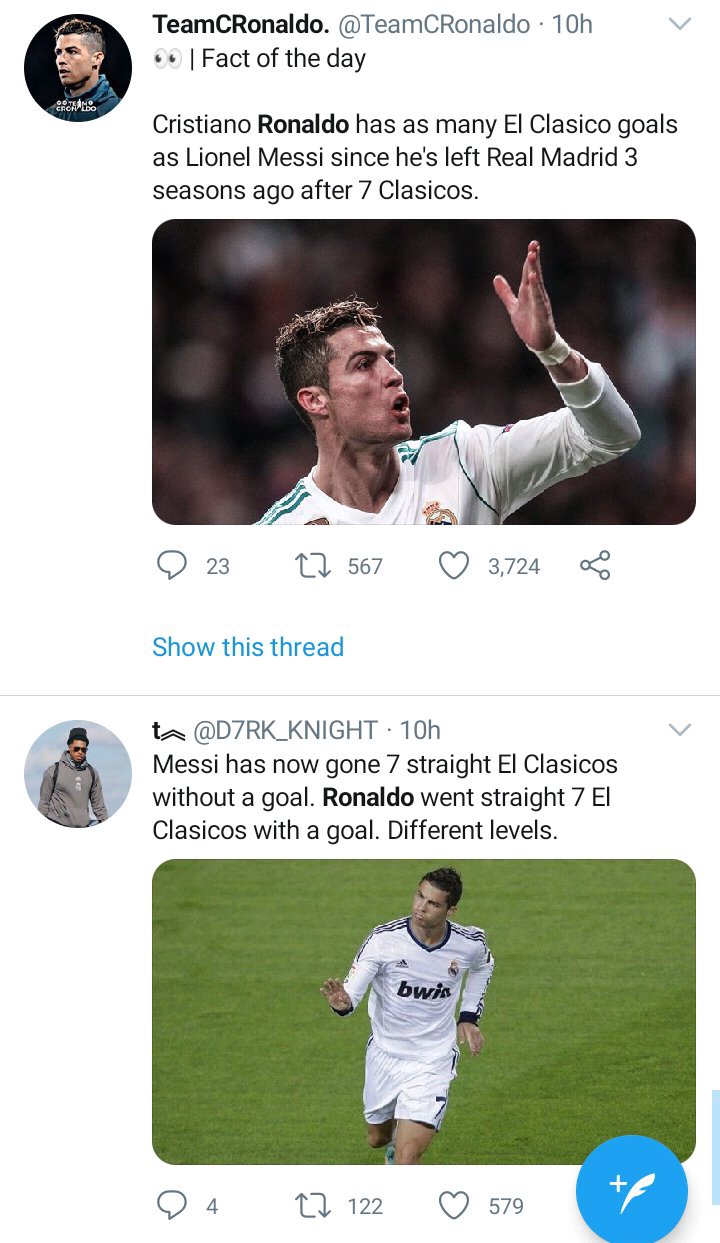 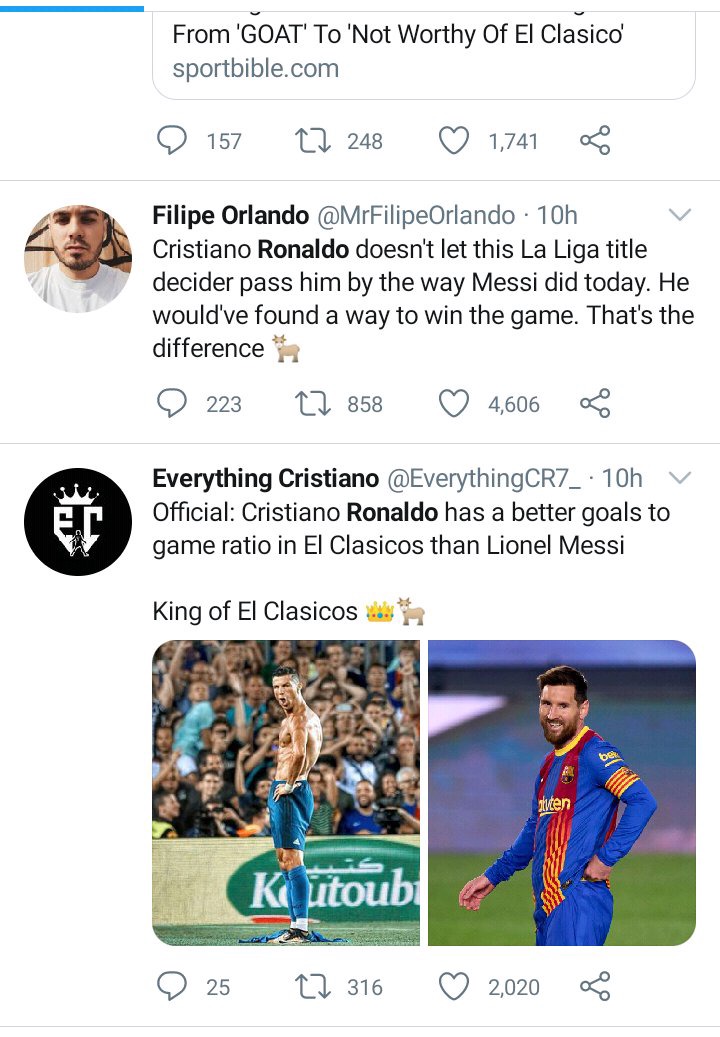 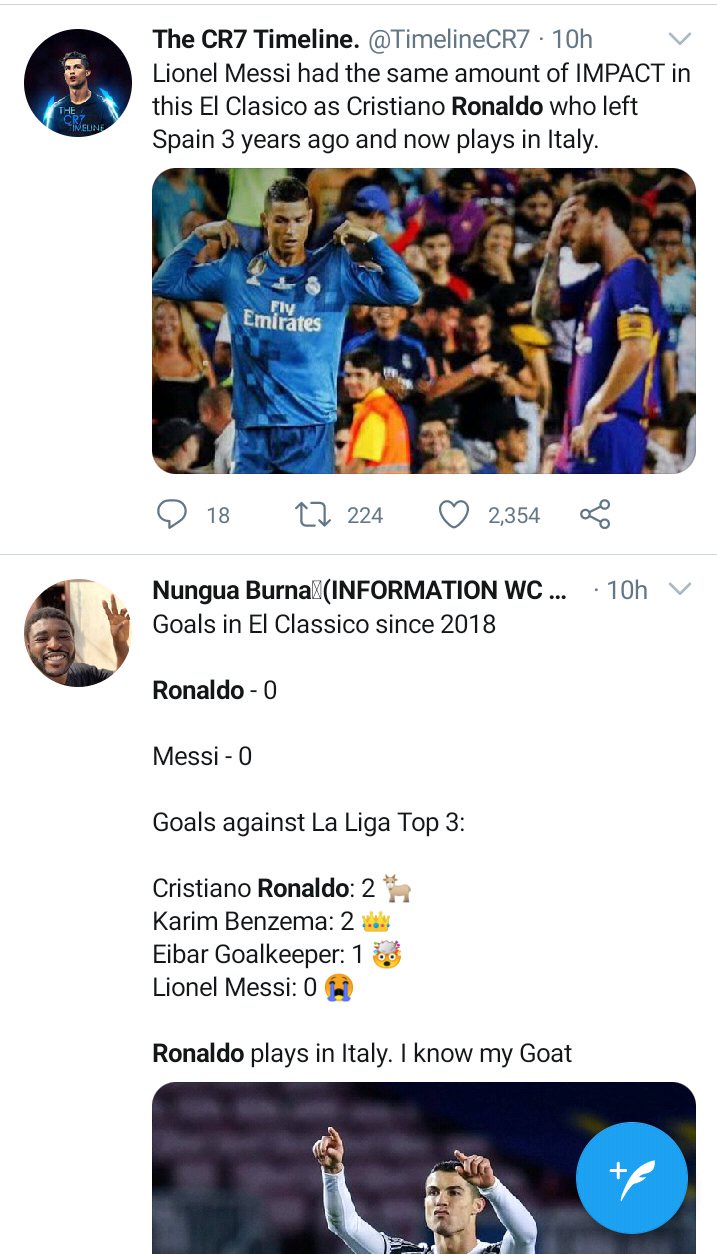