Check Out Manchester United If They Stayed XI

By Sheisfolake (self media writer) | 11 months ago

Below are the XI:

Defenders: If Gerard Pique had stayed at Manchester United, he would have joined Aaron Wan-Bissaka, Harry Maguire, and Telles in the defense.

Midfielders: If Memphis Depay had stayed at Manchester United, he would have joined Bruno Fernandes and Paul Pogba in the midfield.

Left & Right Wingers:Angel Di Maria would have played in the wings with Marcus Rashford if he had stayed at Manchester United.

Striker: Cristiano Ronaldo would play as an Attacker if he stayed at Manchester United. 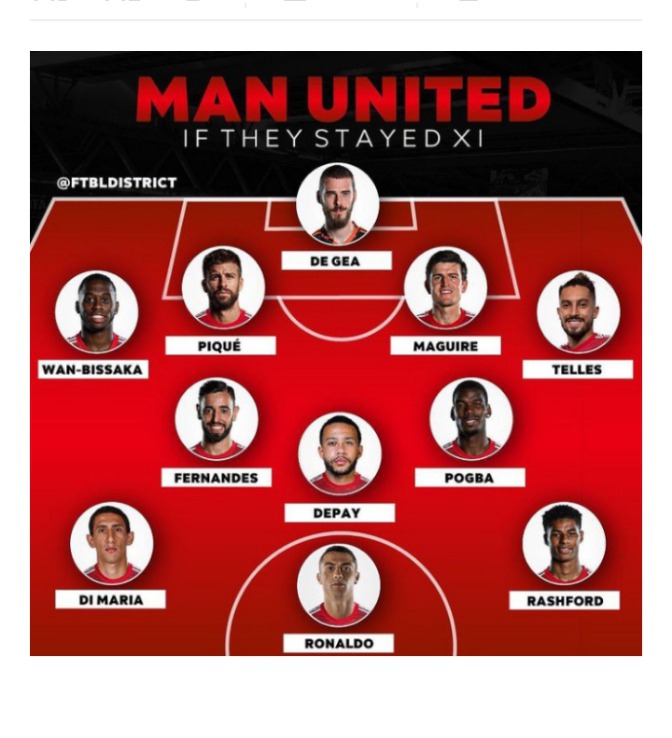