Five reasons why FC Barcelona are struggling this season

By Alfachicken (self media writer) | 4 months ago

After a pandemic-stricken season marked by empty stadiums and a jam-packed schedule, the2021/22 La Liga represents a return to normalcy. Fans have returned to the stadium, with fixtures that resemble pre-pandemic football in terms of freedom. However, the start of FC Barcelona's domestic season is out of the ordinary. 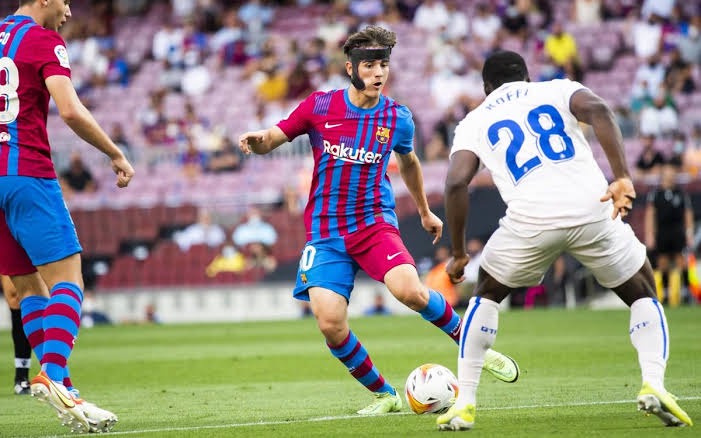 The Blaugrana have only experienced disappointment at the European level after a successful 2014/15 season. Despite this, their domestic record is outstanding in retrospect. The Catalans were well and truly in the race last season, despite finishing third. This time, though, they are beset by a slew of issues that only point to things being worse from where they are now.

While FC Barcelona's poor financial and management situation remains the driving force, here are five on-field explanations for the club's troubles this season.

Barcelona is regarded as a club to which new players find it difficult to adjust quickly. All of these stars, from Luis Suarez and Frenkie De Jong to Antoine Griezmann, have struggled in the first phase in recent years. With this in mind, it may be too much to ask of the new recruits at this point. Multiple exits, on the other hand, have only raised expectations for the arrival, necessitating the inclusion of fresh signings in the conversation.

Aside from Memphis Depay, no other newcomer has made a splash so far. Luuk De Jong's addition has raised more questions than answers, and Eric Garcia's inclusion has done the same. Sergio Aguero's situation is a little different because he has yet to play a single game. A center forward, on the other hand, can only do so much for a club that is failing fundamentally.

In this case, young players are ruled out. Yusuf Demir has shown promise, but he has yet to mature into a dependable and resolute performer. Because the newcomers have made up such a large part of the squad thus far, their transition time has played a big role in Barcelona's troubles. 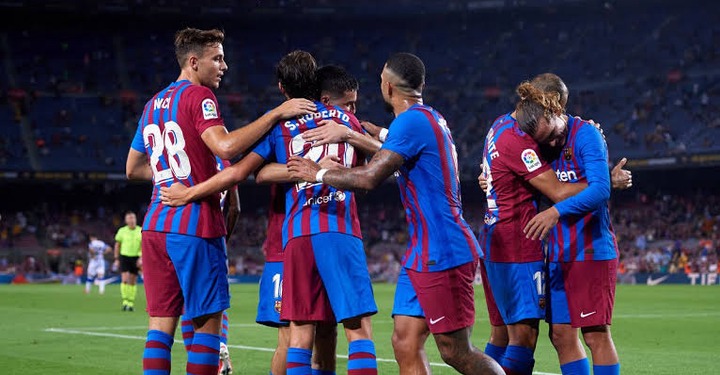 Barcelona has always been seen as a team with a distinct football mentality. The Catalan side set a flawless precedent with their possessional play during their greatest years under Pep Guardiola. Since then, every manager has been adamant about maintaining the style of play. In recent games, however, Koeman's side has hinted at a change of direction.

In addition to excellent on-air players like Ronald Araujo and Gerard Pique, Luuk De Jong is focused on achieving outcomes. FC Barcelona relied on crosses from the midfield to equalize against Granada, and they used the same strategy against Cadiz. Ronald Koeman has officially agreed to work with the "resources" he has, acknowledging that the team is no longer fit for tiki taka.

First and foremost, FC Barcelona does not appear to have the ideal setup to pursue this style of game. Many crosses from wide and midfield have resulted in squandered chances. As a result, the alternate strategy has shown to be unsuccessful, and it has become a part of the chaos. 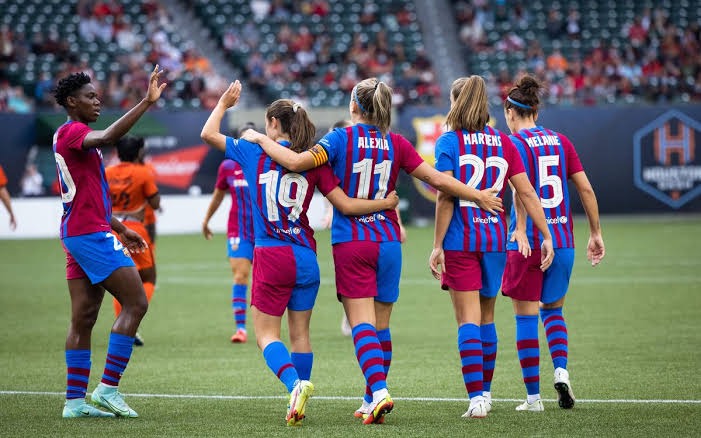 FC Barcelona no longer has to settle for draws; they now dominate every single attacking metric but goals. In the 0-0 tie, Cadiz had more shots on goal and more anticipated goals (xG) than FC Barcelona. The cumulative statistics from the first five games indicate the same thing — Barcelona is not as vertical and does not create many chances.

The fact that FC Barcelona has nine points from five games isn't the only criteria that places them in the middle of the standings. In terms of xG accumulated in the first five games, the team is now in seventh place. This not only demonstrates their lack of quality when it comes to crafting shots, but it also raises another area of contention.

Despite outscoring their xG, the La Liga giants have scored fewer than seven teams in the Spanish top division. The Blaugrana lag in terms of conversion, in addition to their lack of verticality, which results in a lack of xG accumulation. 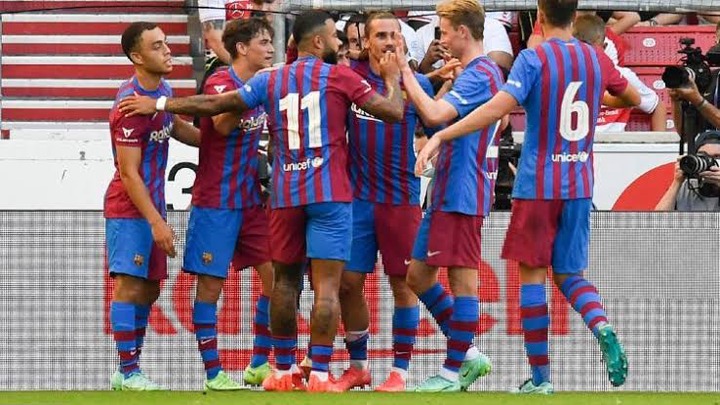 4. Crucial players missing out due to injury

Barcelona's start to the season has been hampered by injuries, in addition to losing important players from previous season. Ansu Fati, the recently minted number ten, is yet to compete this season. As was the situation with Ousmane Dembele, who limped out of France's European Championship campaign halfway through. On their days, these two have been the sparks that have led to victories at Camp Nou.

Similarly, Martin Braithwaite, Jordi Alba, Alejandro Balde, and Pedri are no longer on the pitch for FC Barcelona. Although it is debatable if Braithwaite's talent is suited to Barcelona, he has been one of the most aggressive players on the pitch. His absence, especially off the bench, has had a significant impact as a no. 9 who can dart into openings in the box.

Full-backs Due to the absence of Jordi Alba and young Balde, Koeman has resorted to using Sergino Dest as a temporary left-back. Dest isn't as effective from the left as Cadiz, thus he'll have to rely on his initial position to hit the target. Pedri's injury is minor, but his absence in the middle of the pitch has been noticeable in the last two games. Overall, Barcelona's lethargic run has been exacerbated by the absence of these players. 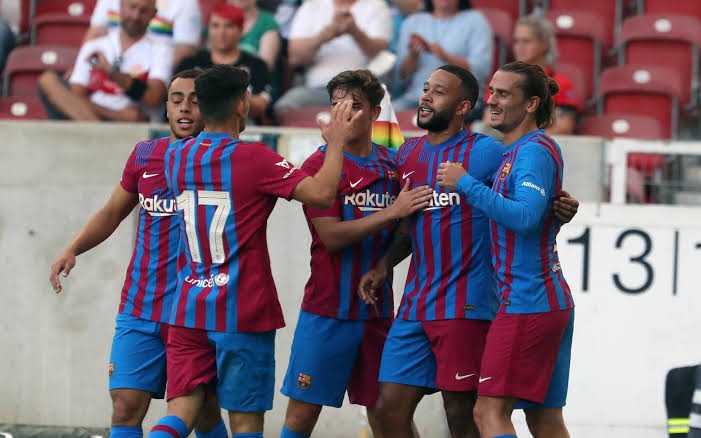 5. Losing two best players of the squad in the same window

Despite the fact that he became a free agent in July, Lionel Messi was obligated to stay with FC Barcelona until the very last minute. He was supposed to return to Argentina after a hard-fought Copa America victory and continue to carry the club on his shoulders once more. Things, however, took a turn for the worst, and Barcelona's issues eventually took over. The club not only failed to sign Messi, but also lost Antoine Griezmann to Atletico Madrid in the last days of the transfer window. 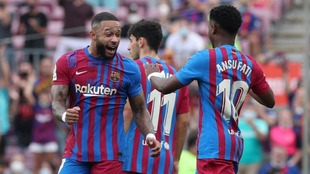 The combination has been crucial to the team's success – any that has come at the Camp Nou since 2019/20 – with the Frenchman having a greater influence in his second season. Last season, Messi and Griezmann combined for 43 goals and 16 assists. Losing Messi's individual brilliance, which is more likely to win you games than any other player's, is a tremendous loss in and of itself. Furthermore, the club's failure to keep Griezmann, a player who has experience as a match winner with Atletico Madrid, has come back to haunt them.