Invisible gunners went against all odds and did the impossible

By Franckc (self media writer) | 1 year ago

Arsenal football club also called the gunners once again shocked the football world when they beat pep guardiola's Manchester city 2 goals to nil. Arsenal have mostly struggled in the epl this season as they find it difficult to beat any of the top four teams. Even with the lower teams they dropped a lot of points which is no surprise as they are 10th position in the epl table. Earlier at the restart of football after the pandemic break, arsenal faced off against Manchester city, a game they were expected to win as pep in a pre match conference said that his players were not fit enough. Arsenal was the favorite to win the show off but once again they fell below expectation as they were beaten 3-1 by Manchester city. But last night in English FA Cup clash with Manchester city, A clash where city were favorites, arsenal defiled all odds as they won the game and beat Manchester city 2-0,a brace from Pierre-Emerick Aubmayang was enough to seal 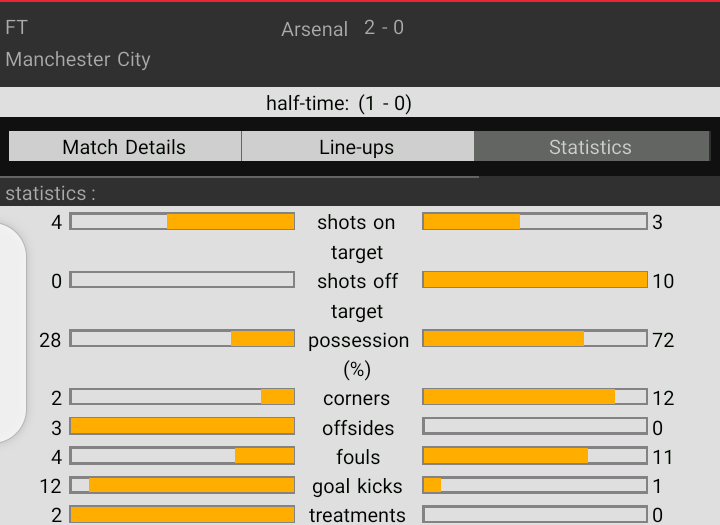 it for the gunners. Arsenal winning that clash means they have knocked city out of the competition though city dominated with over 70 percent possession but they failed to create better chances as they had no single shot on target.

One would say that the gunners won when it mattered because the loss earlier to city in the epl had little or no effect as Liverpool will definitely win the league.

What do you think about the gunner's performance last night, drop your comments below

Content created and supplied by: Franckc (via Opera News )

3 Unexpected Players That Could Start For Chelsea Against Brentford