Arsenal will travel to Villa Park on Tuesday to face struggling Dean Smith side. The game is expected to kick off at 8:15pm GMT. 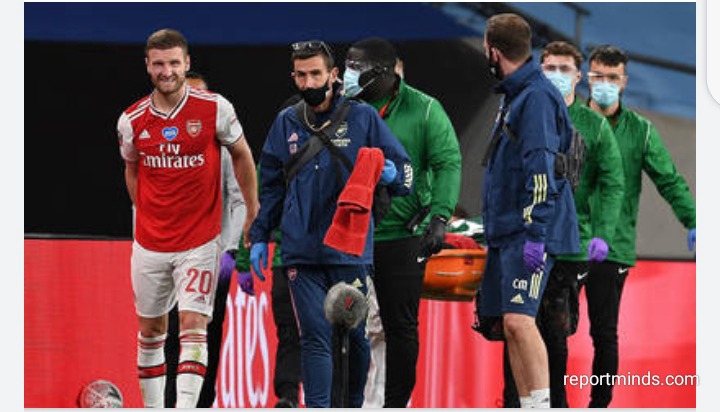 Recall that Arsenal was defeated newly crowned English Champions Liverpool 2-1 at the Emirates in their last fixture in the league.

Going into Tuesday's encounter, it's been confirmed that Shkodran Mustafi will miss the game. The German defender suffered a right hamstring during Saturday's and Emirates FA Cup semi-final on won against Manchester City.

According to reports from the Arsenal’s medical team, he will not be available for Aston Villa on Tuesday.

Meanwhile, Mikel Arteta will welcome back his forward, Eddie Nketiah from suspension. The youngster have completed his three-match suspension following red card against Leicester City weeks ago.

Also, likes of Pablo Mari, Callum Chambers, Gabriel Martinelli and Bernd Leno are still injured and won't be playing any part in the Gunners two remaining games of the season.

Elsewhere, Arsenal qualified for the final of FA Cup after a 2-1 win against Manchester City at Wembley Stadium.

Pierre-Emerick Aubameyang scored in each half of the game to give Mikel Arteta the bragging right over his former boss, Pep Guardiola.