5 Famous Footballers Who Have Worn The Number 23 Jersey

The jersey number worn by a football player is almost instantly recognizable. The talent, skill, and impact of a player can all be determined by their shirt number. Number 10s are admired for their ball handling skills, while number 9s are admired for their goal-scoring abilities, and numbers 7 and 11 are admired for their speed and wing play. For most footballers who want to stand out, the number 23 is unusual. However, over the years, a few greats have donned that number and gone on to achieve greatness. Here are 5 well-known players who have worn the number 23. 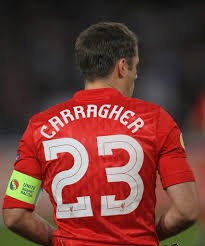 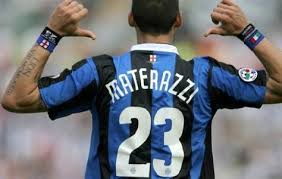 Materazzi is a former international footballer for Italy. For both club and nation, he wore the number 23 shirt. The defender won multiple Scudetto and Coppa Italia medals as well as the UEFA Champions League trophy in 2010 while playing for Inter Milan in Serie A. Marco was also a member of the Italian team that won the World Cup in Germany in 2006. He played in the World Cup final versus France and is best known for his role in the controversial dismissal of then-French captain Zinedine Zidane. 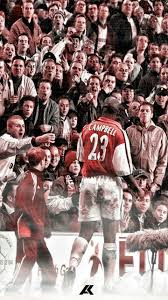 The former English centre-back wore the number 23 jersey. During his five seasons at Arsenal, he made 195 games in the number 23 jersey. He joined Arsenal on a free transfer from Tottenham Hotspur, and as a result, he has remained a divisive figure among Tottenham fans. He won two Premier League titles, two FA Cups, and was a key player of the Invincible Arsenal team that won the league without losing a single game in 2003-04. In the 2006 UCL final, he scored Arsenal's only goal in a 2-1 loss to Barcelona. Sol joined Portsmouth in 2006, where he won the FA Cup, and subsequently returned to Arsenal before retiring. 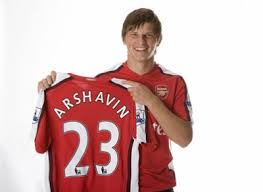 When Arshavin joined Arsenal in 2009, he put a stop to one of those never-ending transfer sagas. After an outstanding Euro 2008 with Russia, United, Chelsea, and Tottenham all coveted him, but Arsenal managed to get his hands on him for 15 million pounds, making him Arsenal's record signing at the moment. So, after overcoming obstacles such as wage demands, timelines, and even Vladimir Putin, the £15 million agreement was finally confirmed. Arsenal supporters were understandably ecstatic. He was a two-footed dribbler who complemented Wenger's style of play perfectly, a silent superstar who, if utilized correctly, might restore Arsenal's domination in the league then. He had a good career at Arsenal, winning numerous games for the club, but his four-goal haul against Liverpool will go down as one of the best individual displays in Premier League history. 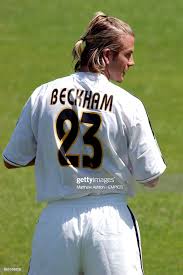 After becoming a global celebrity at Manchester United in the late 1990s, David Beckham became identified with the number 7. When Beckham joined Real Madrid in 2003, the shirt was already worn by Raul, a Bernabeu legend, so he had to go for inspiration from number 23. Years later, when asked why he chose the number, he stated that it was because he admired then-recently retired basketball hero Michael Jordan, who made the number famous throughout his illustrious career. I was a great fan of everything he stood for and did throughout his career, so it was a no-brainer "According to Beckham. "And then, when I moved to LA Galaxy, it was a number I wanted to keep because I'd had success with it with Real Madrid, and because, as I mentioned, I'm a Michael Jordan fan. Beckham chose 32 instead of 23 when he eventually joined AC Milan and Paris Saint-Germain.