A week that saw Messi and Ronaldo steal the headlines, checkout UCL team of the week

What a Champions League week it was. The legends of the game showed us that they were far from finished as they helped their respective clubs secure an important victory. Leo Messi made the headlines and sent the football world into frenzy after scoring a stunner against Manchester City thanks to a beautiful assist by Kylian Mbappe. The goal was special as it was Messi's first for a club that isn't Fc Barcelona. The goal announced Messi's arrival to Paris Saint-Germain. 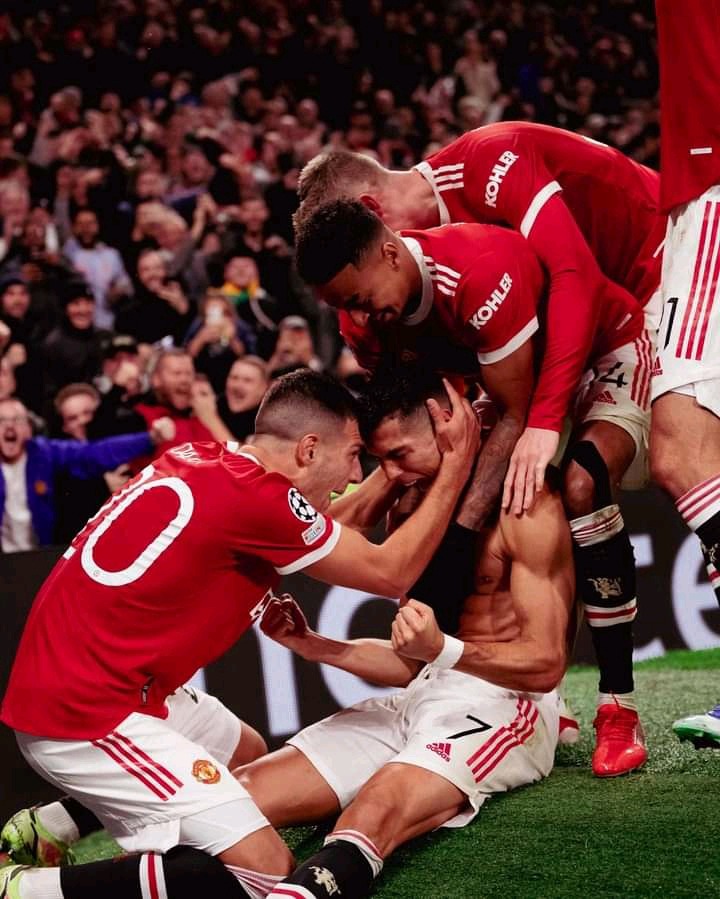 Cristiano Ronaldo also grabbed his second goal of the Champions League campaign with his 95th minute winner against last season's UEL winners, Villarreal. He stole the Wednesday's Champions League headline as it was a victory Manchester United needed so badly and he got the job done. Despite both legends stealing the headlines, they didn't make the UCL team of the week as they were both quiet all through the duration of their respective clashes. Their goals helped rubbed off their shame. Below is the team of this Champions League week. 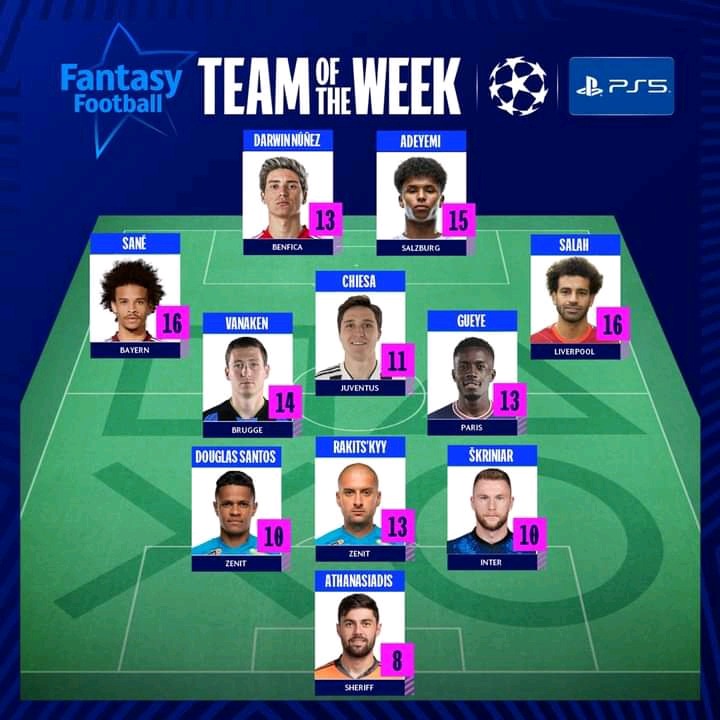 Sheriff's Athanasiadis won the UCL player of the week after a brilliant performance against Real Madrid. He made the goal keeper of the week.

Zenit's duo of Douglas Santos and Rakitskyy were among the 3-man defense after guiding their team to a clean sheet and an emphatic 4-0 victory over Sweden's Malmo. Inter's Skrinian completed the 3-man defense after an impressive performance against Shaktar which saw him receive nomination for the UCL player of the week even though his side were held to a goalless draw by Shaktar Donetsk away from home.

Belgium's in-form Vanaken made the list of midfielders after a fine display in Brugge's 2-1 victory over RB Leipzig. In a team that had the likes of Neymar, Mbappe and Leo Messi, it was Gana Gueye that opened the scoring for his side against EPL Champions Manchester City. With a strong performance against City, he deserved a nomination. Chiesa's only goal for Juventus against the defending Champions was enough to secure the win for the old lady and a spot in the team of the week for the young talent. Sane was instrumental in Bayern's 5-0 thrashing of Dynamo Kyiv and Mohamed Salah has proven to be inevitable of late and carried his impressive form in Liverpool's 5-1 demolition of Porto away from home with a brace to his name.

Benfica's Darwin Nunez and Salzburg's Adeyemi were the two strikers in UEFA's 3-5-2 formation. Despite Lewandowski and Firmino's braces, this two young talents made the forwards of the week. Nunez's brace produced the shocker against Barcelona as Benfica saw off the Catalans 3-0 at home.

Do they deserve it?