Fans trouble continued in Ligue 1 as Angers Vs Marseille is marred by pitch invasion. 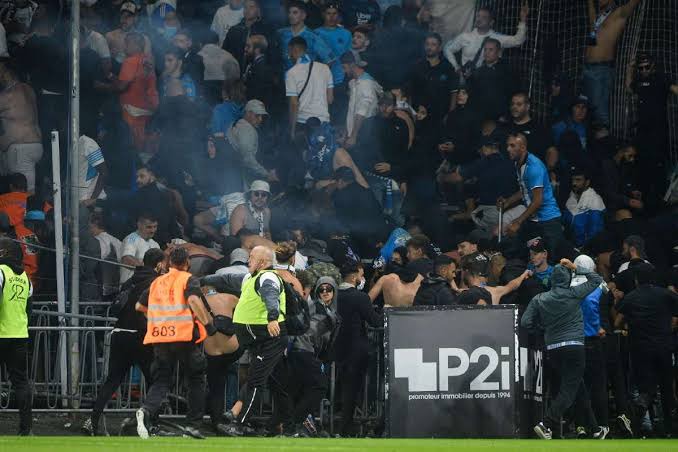 Another Ligue 1 match has been disrupted by crowd disturbance, with Marseille's match versus Angers being the most recent example.

During a dispute between home and away fans near the end of Marseille's 0-0 draw with Angers at the latter's home stadium, the Stade Jean-Bouis, away fans invaded the pitch.

The event is the latest in a string of incidents involving crowd disturbance in France's top flight, as fan behavior has become a major issue across the league.

The season's first and most notable event occurred in August, and it once again included Marseille.

Marseille's match against Nice was called off on that day because the visitors refused to leave their dressing room after Nice fans invaded their pitch. 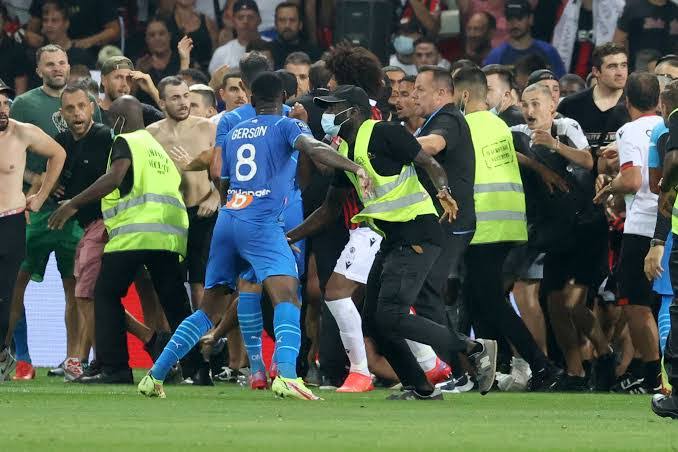 The pitch invasion sparked a melee, with Marseille players being pelted with objects in the build-up to the fracas, triggering Dimitri Payet's reaction after being struck near the corner flag. Due to the turmoil, fans stormed the pitch, forcing the game to be called off.

Nice was docked a point, while other Marseille players and staff members, including Payet, were also penalised.

Prior to Wednesday, the most recent incident occurred last weekend during the Lens-Lille derby. After a tense first 45 minutes, the two rivals went into halftime tied at 0-0, but were forced to wait for the action to resume due to a temporary delay caused by crowd unrest.