By erictimelessbeauty (self media writer) | 4 months ago 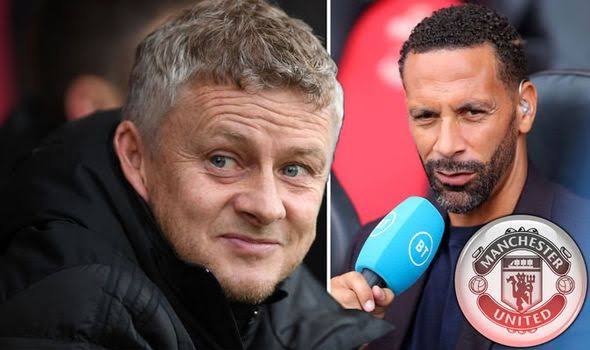 Recently many have taken exception to the fact that in the match against Young Boys, Cristiano Ronaldo who had been substituted was seen standing on the touchline and seemingly barking out instructions to his teammates.

Some feel that Ronaldo issuing instructions to the team was rude to the coach with some saying he wouldn't dare do such a thing if Alex Ferguson was still the coach. Rio Ferdinand said to BT Sport "If I’m the manager, I’ve got to be honest, I’m telling him to sit down"

The former Manchester United defender added “I get it. You know, with Cristiano people go, ‘Oh it’s bravado, it’s for the fans’. He’s just a passionate guy. He wants to win, he’s desperate to win, and he can’t hold it in.

“If that means he has to go up there and stand next to the manager, shouting instructions etc etc, so be it. When it’s someone of his standing and stature in the game how can you argue with it?”

But Ole Gunnar Solskjaer didn't quite appreciate Rio Ferdinand's perspective. Asked for his reaction to Ferdinand's opinion Ole replied ""Rio, again, sometimes he comments on things he doesn’t really know" a clear insinuation that Too Ferdinand was misguided in his utterances.

Ole explained further, "It should have been a yellow card for Martins Pereira when he brought down Nemanja Matic. Both Bruno [Fernandes] and Cristiano, as competitive as they are, suddenly I had them on my shoulder.

"They were there for a brief spell and shouted to the referee. That was the aggravation of getting a few bad decisions against us. But then Cristiano sat down, Bruno sat down...

"It was just spur of the moment, he should have been sent off, so I don’t have any problem with them showing some passion and then going back down. It’s not like he [Ronaldo] was coaching the players, no."

Ole Gunnar Solskjaer has come under fire after Manchester United's shock loss to the Young Boys with some calling for his replacement with Anthonio Conte or even Zinedine Zidane. Hopefully, the team bounces back today against West Ham United.