CHE 0-4 ARS: Gabriel Jesus' 12 Minutes Opener Justifies How Technical He Is In Front Of Goal

It was another disappointing game for Thomas Tuchel's Chelsea as they played against London rival, Arsenal at the Camping world stadium in Orlando. It took Arsenal's newly signed star player Gabriel Jesus just 12 minutes to register a goal against Chelsea.

Before the break, Martin Odegaard made it 2-0 in the 36th minute while Bukayo Saka and Sambi Lokonga also registered their names on the scoreboard as the North London club thrashed Thomas Tuchel's Chelsea 4-0 to continue their winning streak in the pre-season. 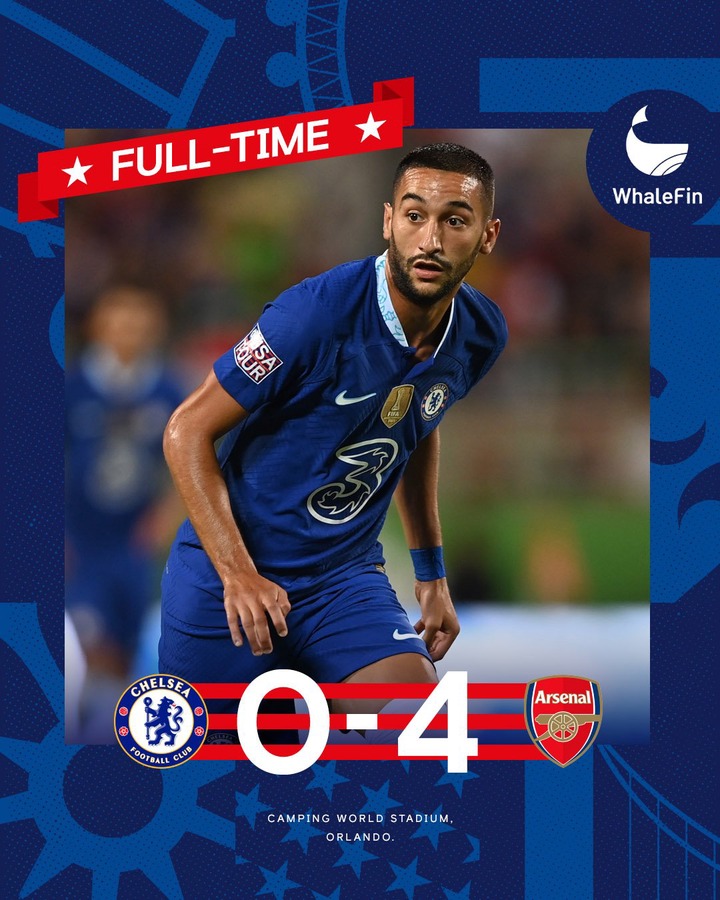 The blues have now lost two consecutive pre-season games so far. In both games, their newly signed star player, Raheem Sterling had featured in it. One interesting part of the game that most football fans and analysts have been talking about was Gabriel Jesus' first goal against Chelsea.

The Brazilian international and former Manchester City star player, Gabriel Jesus showed why he was worth a fortune for Arsenal in the ongoing summer transfer window. He has been phenomenal for the Gunners since making his debut on their pre-season tour.

His 12 minutes goal against Chelsea justified how technical the former Manchester City player was in front of the goal. After receiving a beautiful pass from his teammate, Gabriel Jesus had just a few moments to decide on what to do when faced with a goalkeeper like Edouard Mendy. 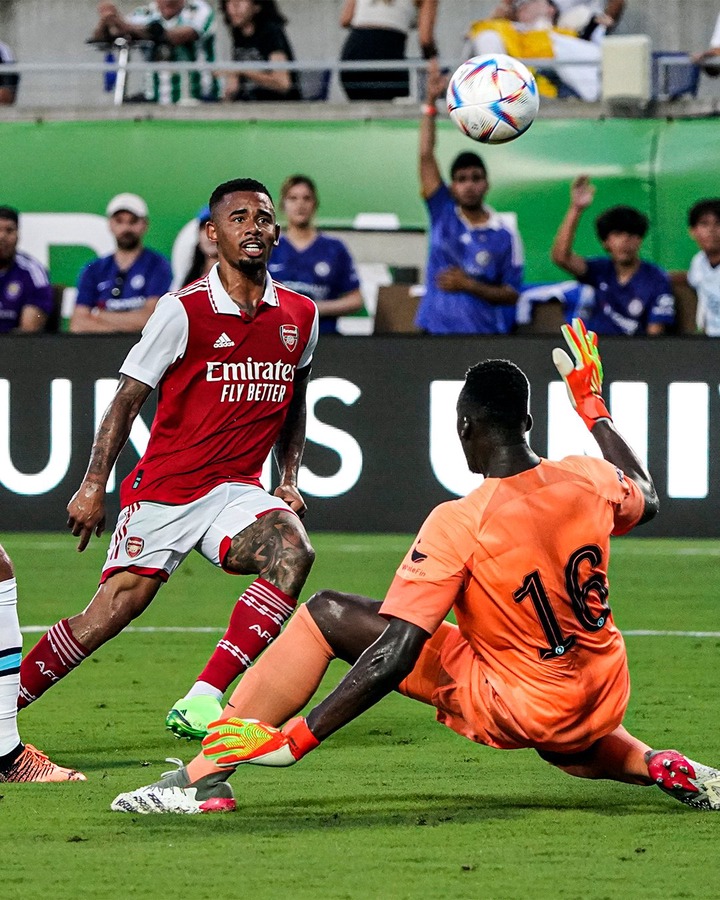 The newly signed striker took no chances as he chipped the ball over Edouard Mendy despite having Thiago Silva running toward him. Gabriel showed how confident and technical he is in front of goals.