Christian Benteke suspended against Manchester United on Thursday, Ayew the only option

By Kristel_the_first (self media writer) | 2 years ago 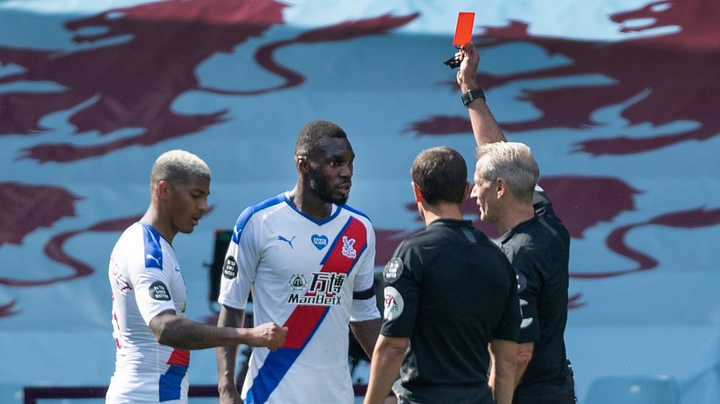 Christian Benteke was shown a red card against his former club Aston Villa. He was suspended following his red card at the end of Palace's defeat to Aston Villa and as such he won't be included in the squad list against the Thursdays clash with the on-form Manchester United.

The obvious tactical formation would be Jordan Ayew – the Eagles’ top scorer this season, with (9) league goals – reverts to centre-forward.Thereby would strike for his team against Manchester United .Crystal palace has lost there last 5 games since the resumption of the premier league after the long break due to the novel covid-19 pandemic. Also Gary Cahill pulled his hamstring against his former side Chelsea recently and, with James Tomkins also sidelined, Roy may keep faith with Scott Dann and Mamadou Sakho(who's goal was disallowed due to VAR check ). Jeffrey Schlupp, who once had a spell with Reserves, has also been absent and is likely not going to be available against the Manchester United clash.

Content created and supplied by: Kristel_the_first (via Opera News )