By eclipseoriginals (self media writer) | 1 year ago 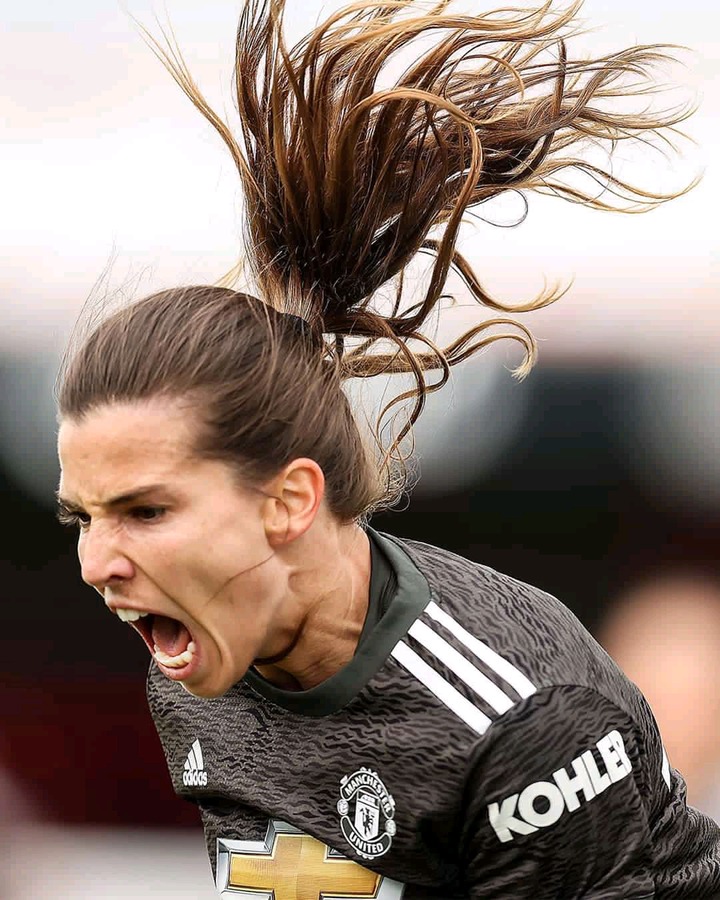 Manchester United Women's team took the lead in the 20th minute of the encounter through an Alessia Russo fine goal and later extended their lead through new signing, Tobin Heath goal.

Emily van Egmond pulled one back for the West Ham United ladies in 39th minute only for Alessia Russo to strike his second goal of the match to extend Manchester United lead.

It all started where it ended in the second half as Rachel Daly (West Ham United) and Christen Press (Manchester United) struck late on in the 83rd and 87th minute respectively to make the score 4-2 in favour of the Red Devils. 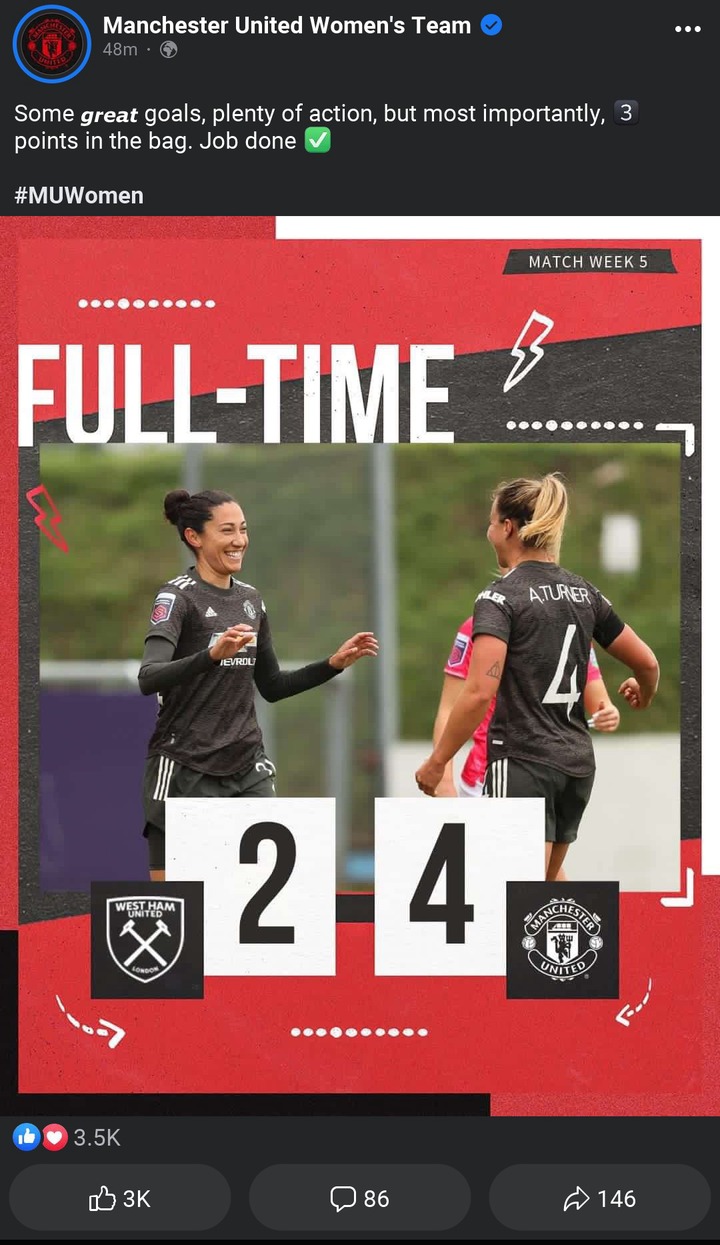 The results means that prior to Chelsea's women's match later on, the Manchester United women's team are momentarily in the third position in the league table.

Content created and supplied by: eclipseoriginals (via Opera News )