Manchester City were stunned by Arsenal in the semi final of the FA Cup. The Gunners recorded a 2-0 win against Pep Guardiola side at Wembley stadium on Saturday. 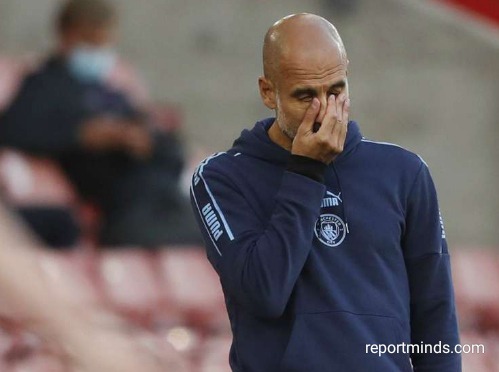 Manchester City came in the game as holders of the cup after winning the domestic treble last season.

Pep Guardiola side started brightly creating chances as Mikel Arteta who was a former assistant of Pep set up his side in a compact way.

Pierre-Emerick Aubameyang made amends for his early one-one miss to connect to a cross from Nicolas Pepe to give Arsenal the lead.

Guardiola believes his didn't produce a good performance to win the game.

Speaking to Match of the Day after the end of the game, Pep said: "We didn't make a good performance, we were not ready enough. If you don't play for 90 minutes in a semi-final this can happen. We didn't play good, we are human beings. The opponent played good, sometimes it happens.

Arsenal held on despite pressure from Manchester City attackers as Aubameyang made it 2-0 after 71 minutes. The Gabonese international raced on top a long ball from Tierney to slot under the legs of Ederson.

Manchester City boss admitted that he's side made mistakes in their defensive set to allow the former Borussia Dortmund forward captialise twice.

"Mistakes? It happens, it's football. Mistakes in front of the goal, it happens. Today that is not the reason."

Speaking on his halftime tactics, Pep said: "I said we have time, we can do it".

The result means Arsenal have qualifed for the final and will not await the result of the second semi final clash between Chelsea against Manchester United on Sunday.