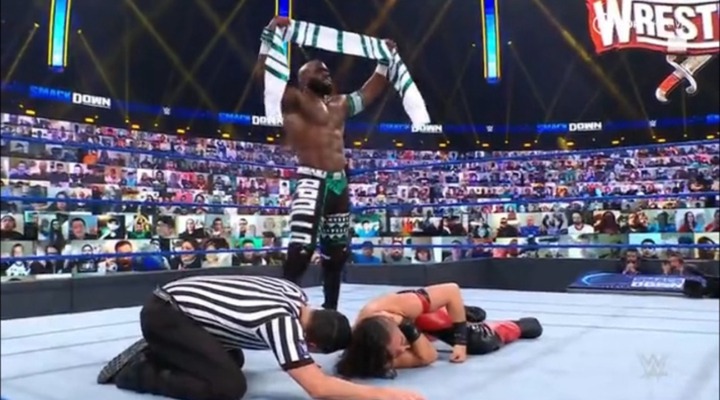 It was an iconic and remarkable moment when Apollo Crews showcased something that African-Americans can easily relate with on the latest episode of SmackDown. 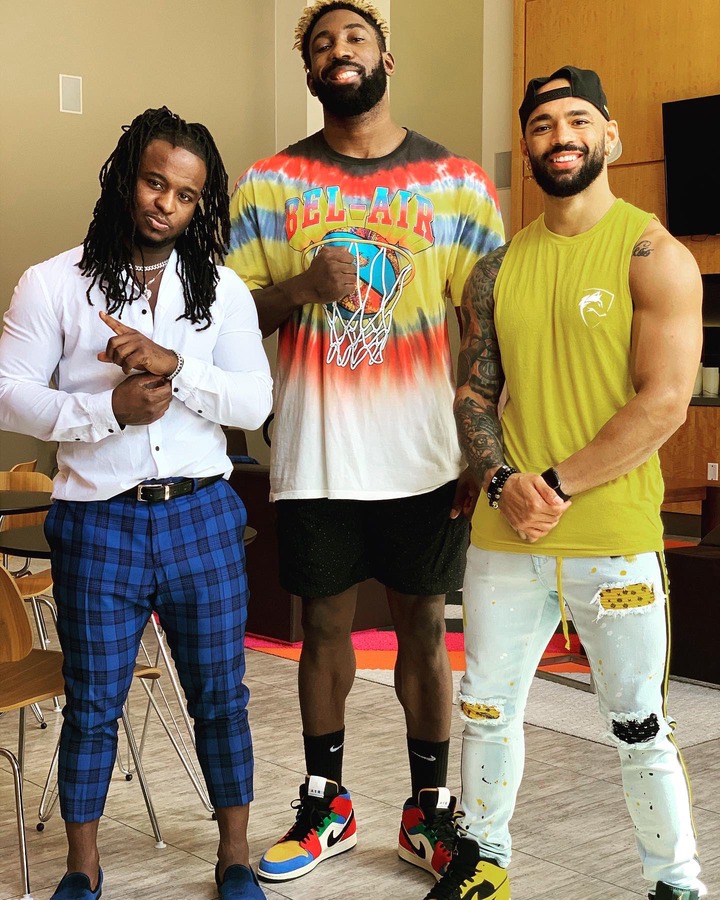 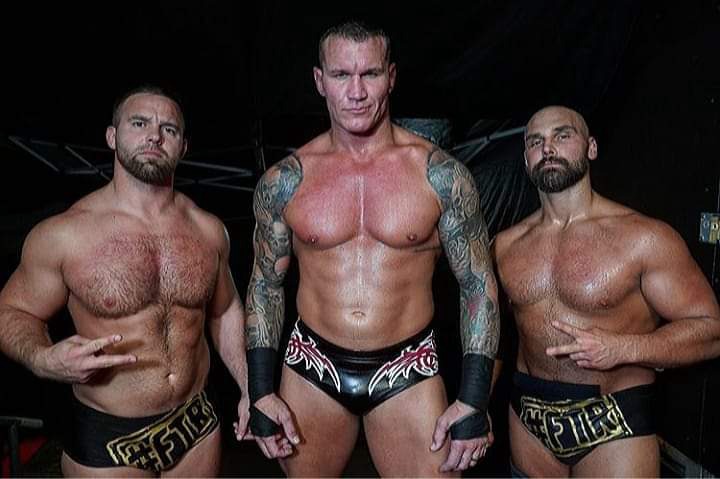 Apollo Crews sported new regalia in respect to the most populous black nation on earth Nigeria which was presumably unexpected considering the landscape and contents of World Wrestling Entertainment. 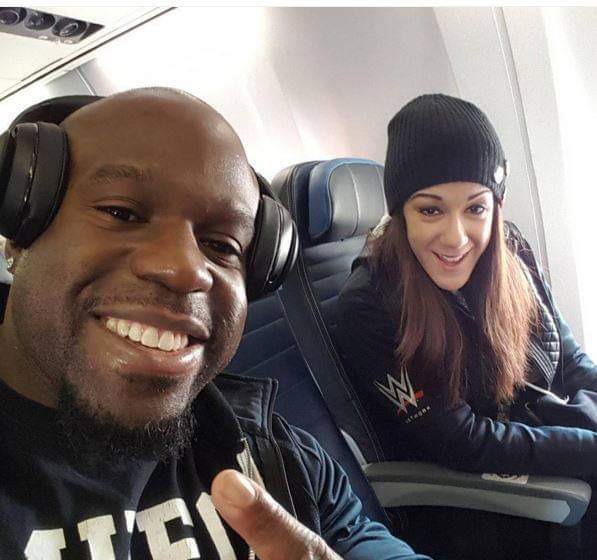 The 33-year-old Nigerian took the viewers back to his ancestry background to brag about how his Grandfather married five wives and how his words as a king in Tiv land are authoritative. 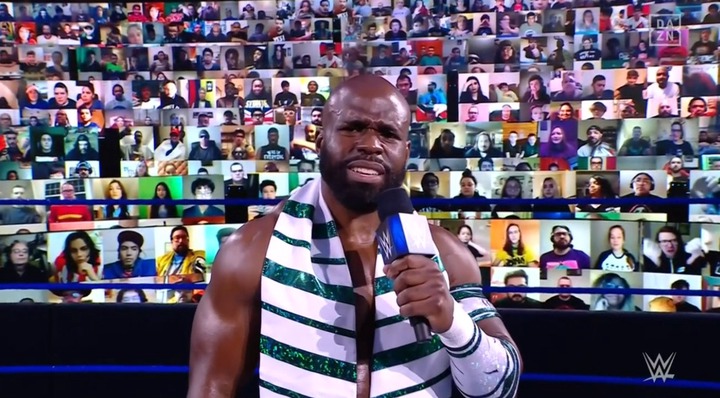 Sesugh Uhaa by real name also mentioned that he is a Royal Prince and people in the WWE locker room must learn to give him respect.

The former WWE United States champion went further to use "The King of Strong Style" Shinsuke Nakamura as a big example when he won a one on one match with the aid of his green and white scarf. 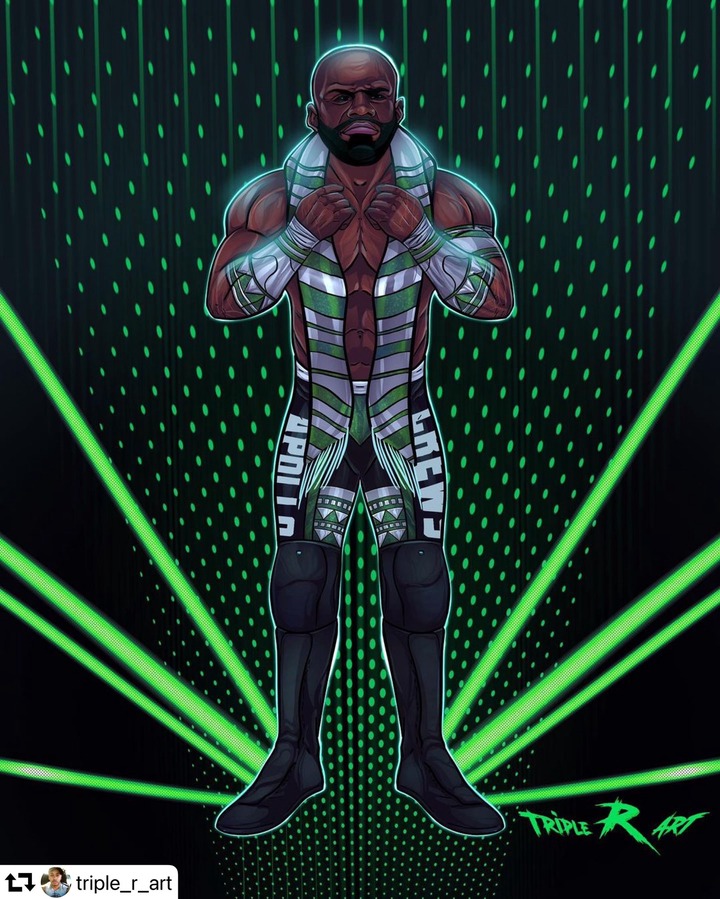 Meanwhile, several WWE and former WWE wrestlers were impressed by the new form of the Benue state muscular figure and they have taken time out to celebrate his new character. 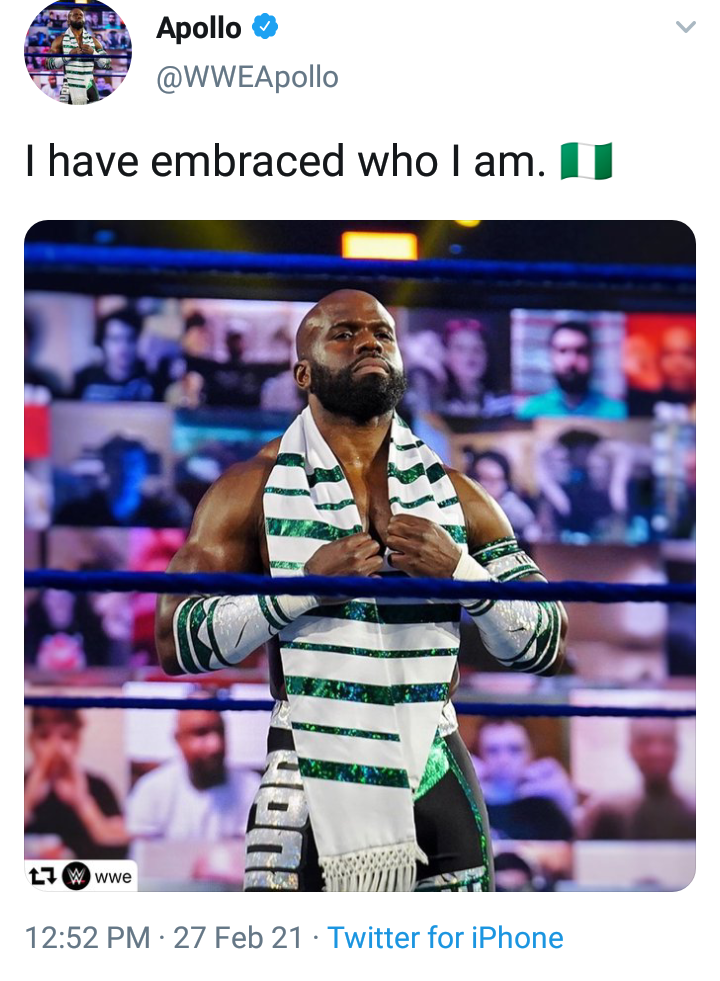 Firstly it was WWE NXT talent who is also a Nigerian by the name Ezekwesiri "EJ" Nduka Jr. a.k.a Ezra Judge is a big supporter of Apollo Crews at the performance center and he made a some comments in pidgin. 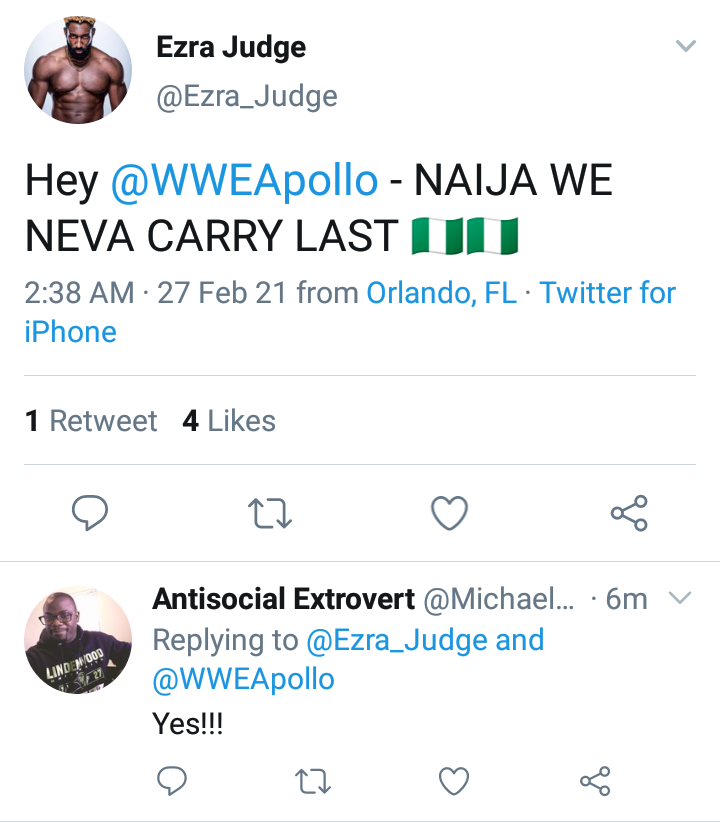 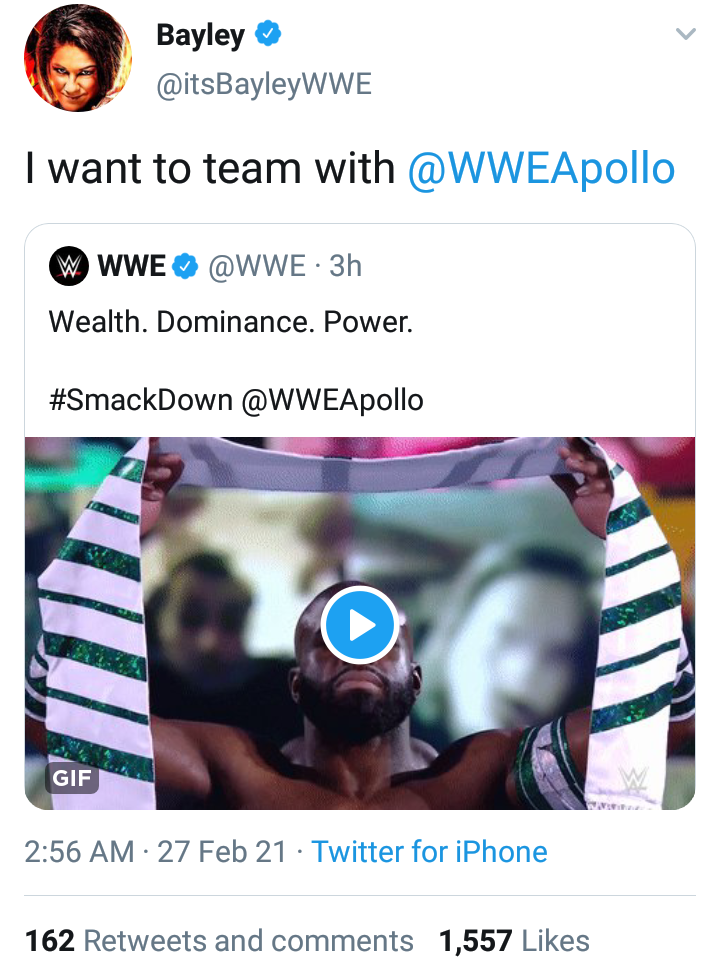 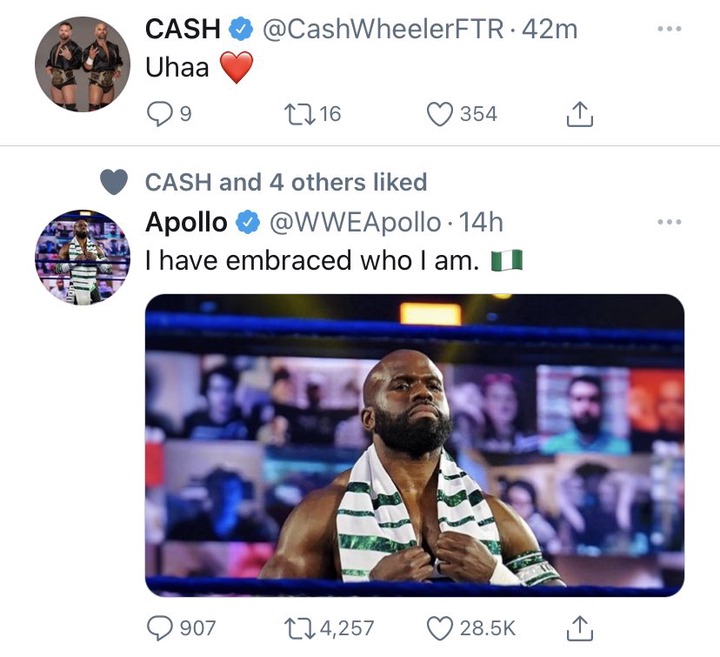 Others includes former WWE SmackDown Women's Champion Bayley also associated with him and one half of former WWE tag team champions, the Revival's Dash Wilder also displayed some supports via social media.