TROPHY PARADE: Jorginho, Emerson Palmieri and other Italy players roll through the city of Rome.

The European giants Italy were crowned champions of Europe after they got an hard-fought victory over England in a crunch encounter between both sides.

The Italy players and coaching staffs have returned back to Rome after their incredible campaign in the European championship. 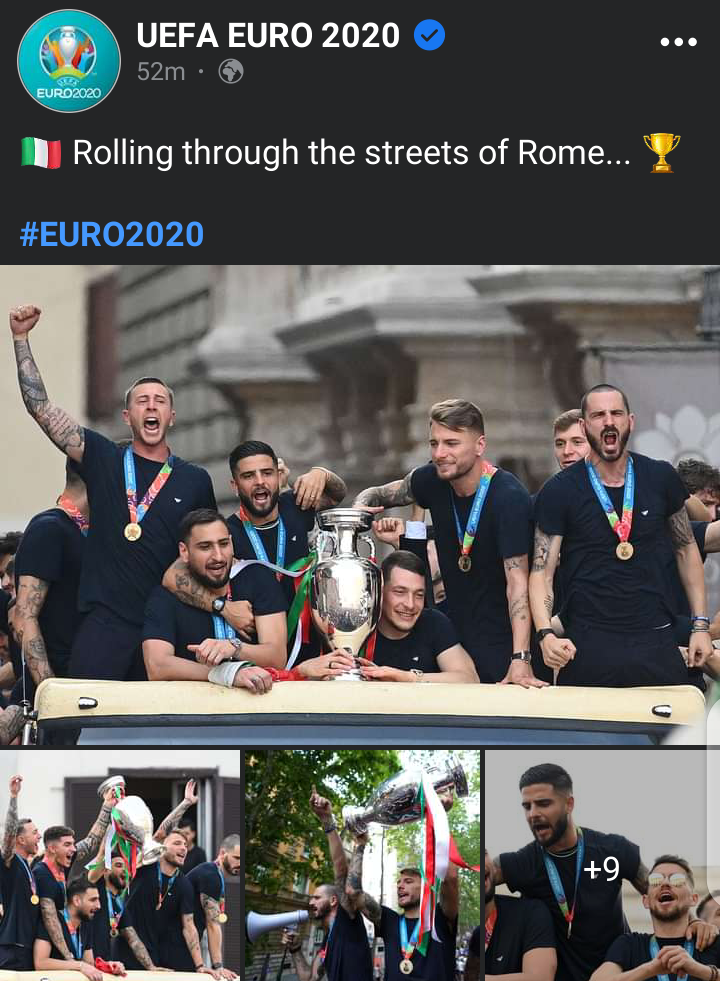 The First team players and coaching staffs were hosted in different popular cities which include Turin, Palermo, Naples and Florence. 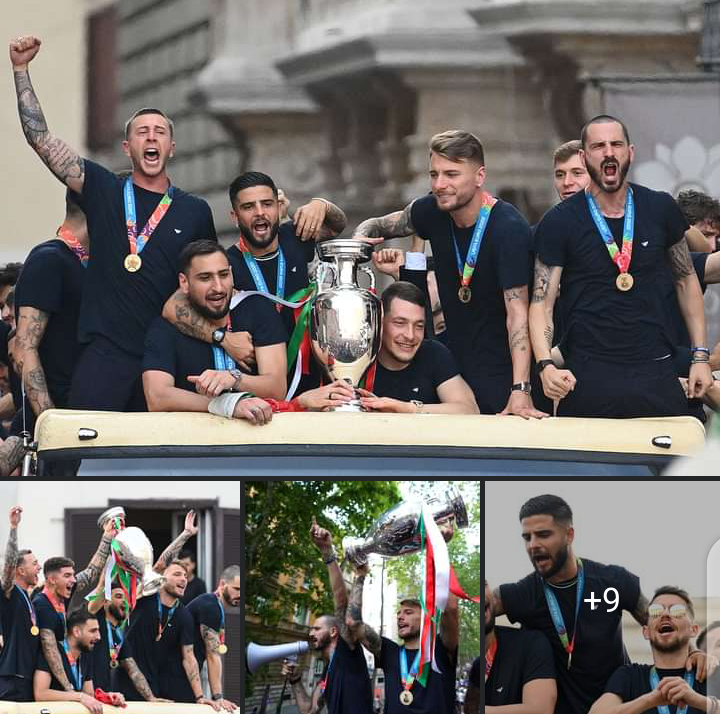 Earlier this morning, the Italy players and coaching staffs roll through the city of Rome as they continue their triumphant campaign in the European championship.

The likes of Jorginho, Emerson Palmieri, Ciro Immobile, Lorenzo Insigne, Federico Chiesa, Leonardo Bonucci and Georgino Chellini were all pictured during the trophy parade in Rome.

Here are some pictures of Italy players and coaching staffs during the trophy parade in Rome; 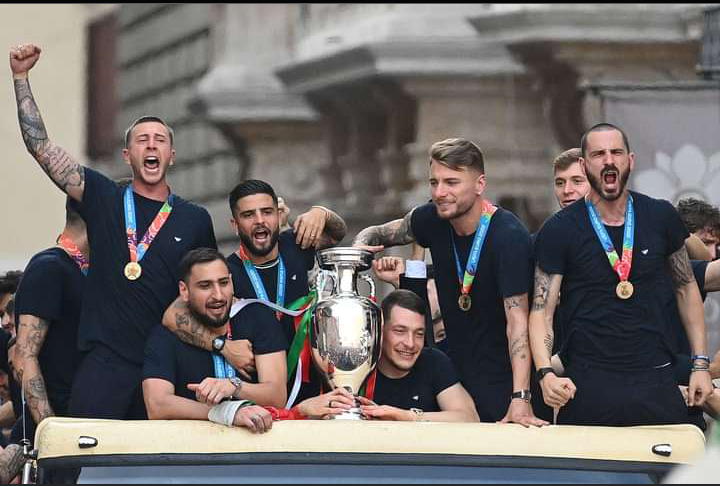 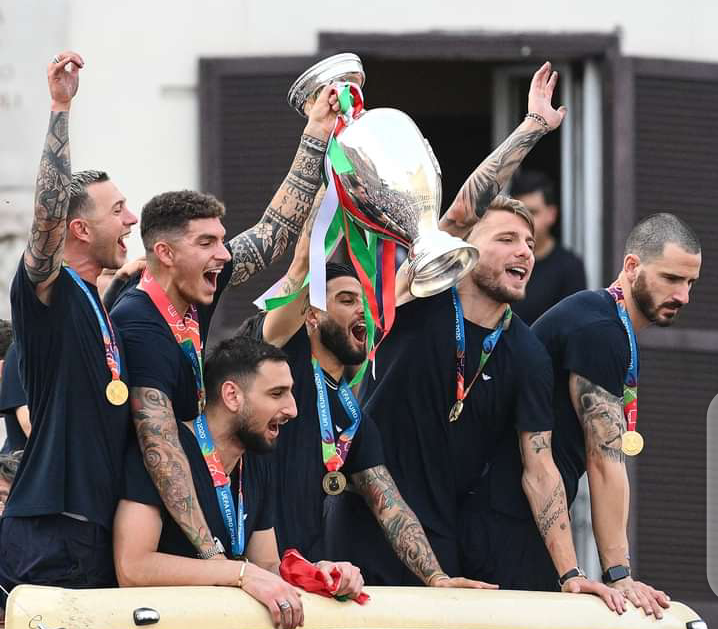 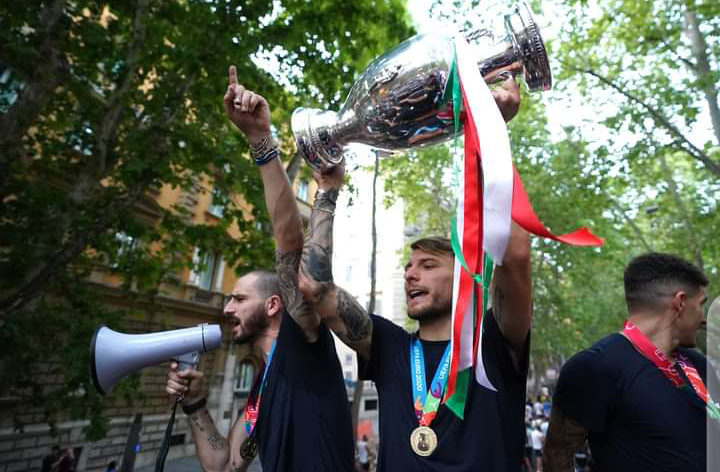 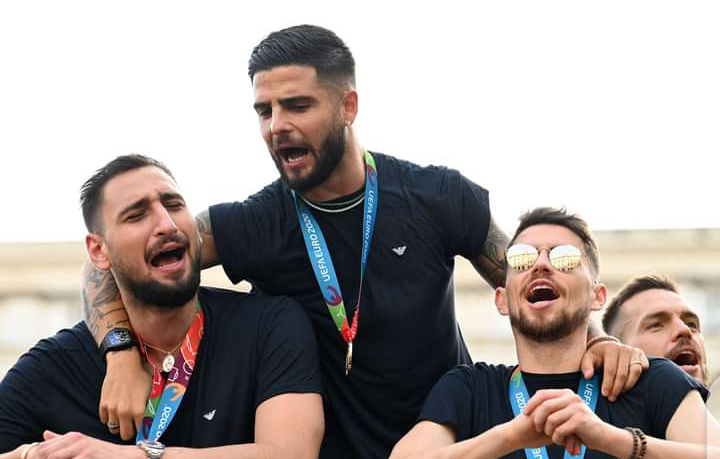 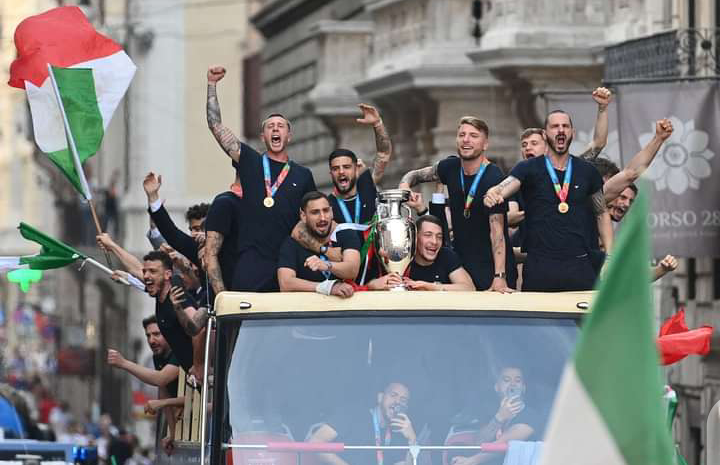 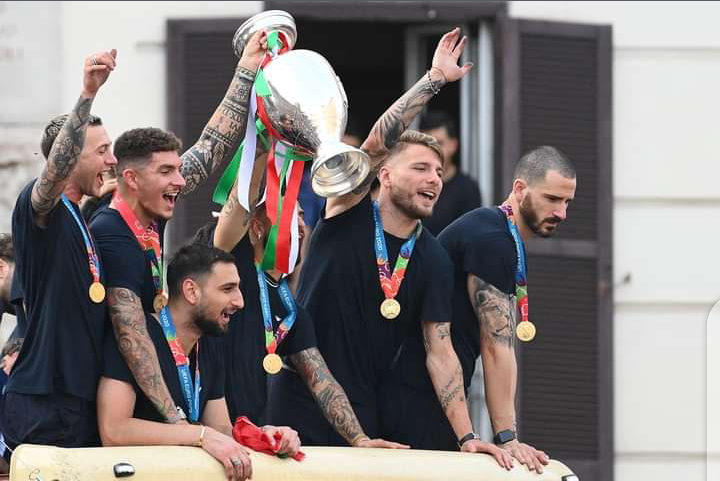 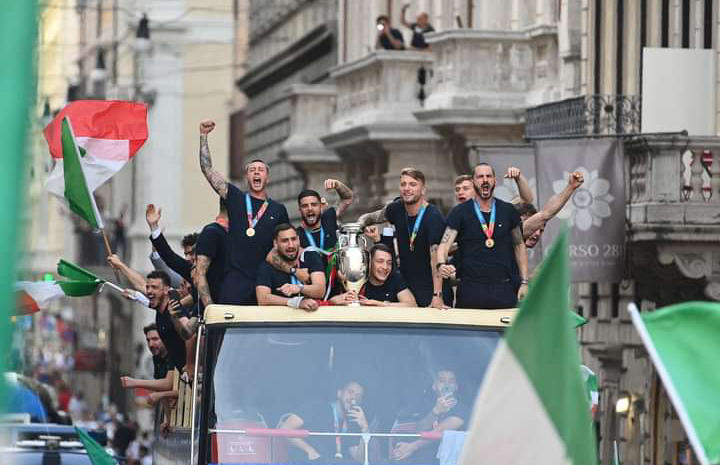 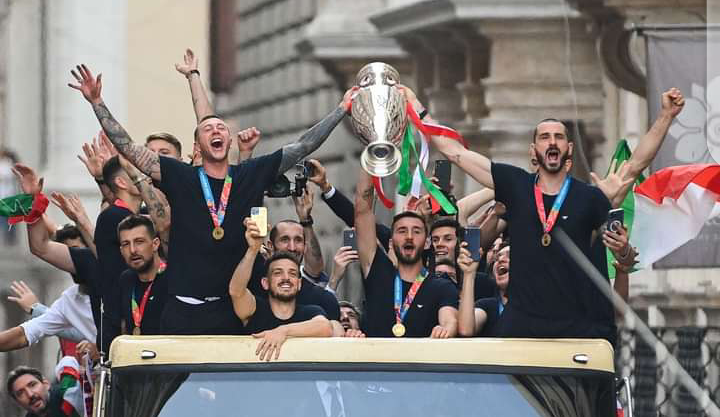 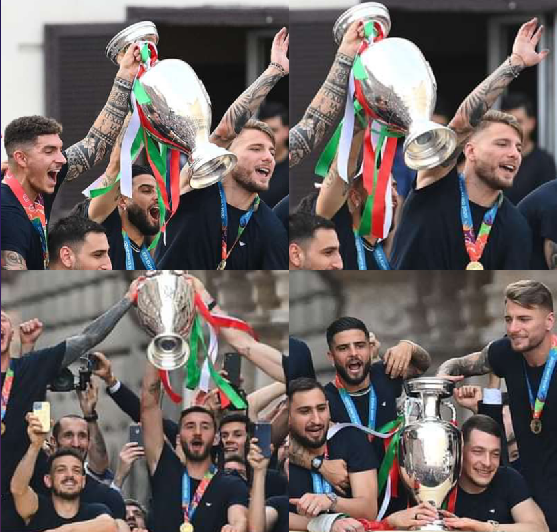