Check Out The EFL Teams That Were Promoted To Premier League 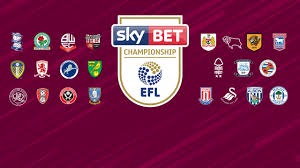 The English Championship league or EFl is almost over, and each team have only just one less match to be played which has been scheduled to be played on Wednesday. However, the list of teams that will be promoted to the English premier League is already clear.

The teams to be promoted to the higher league has always been determined by this pattern:

The top 2 teams in the table are promoted automatically,while the 3rd,4th,5th,and 6th will have to compete for the third spot,as only three team are always promoted to compensate the three spots that'll be left when the last three teams will be relegated from the premier league table 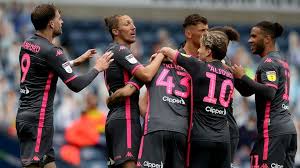 Leeds United has officially been confirmed to have been promoted to the premier league as they occupy the top spot.They have been outstanding this season claiming 90 points in the 45 matches played and they have 1 match to go,a home match against Charlton who sit 21st in the table, just above the relegation zone.Patrick Bamford have been outstanding, scoring 16 league goals for the club and guiding them to their league title.

West Bromwich seat second and could be promoted but this dream might not come true if they fail to beat 14th placed Queens Park Rovers on Wednesday at home,as they've accumulated 82 points,one point above thired placed,Brentford and two points above 4th placed Fullham.