Osimhen, Onuachu And Moses Simon Included In Weekend Of Goals 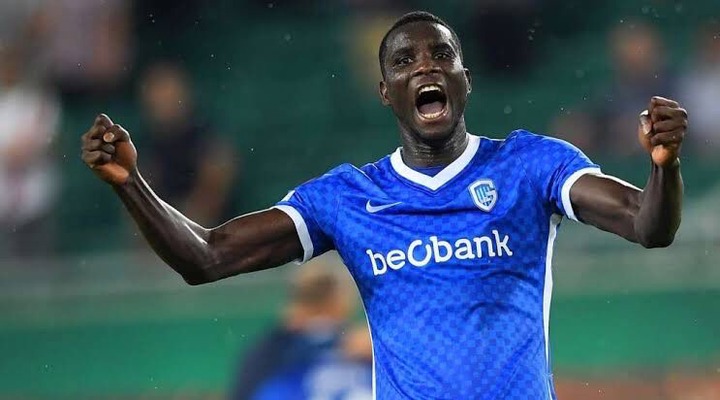 The goals from Osimhen, Onuachu and Simon came 24 hours after equally exciting sizzlers from Joe Aribo in Scotland, Dominic Solanke and Phillip Anyanwu Billing in England as well as Cyriel Dessers in Netherland and Anayo Iwuala in Tunisia.

In France, Simon’s sizzler could not get victory for his side in the French Ligue 1, as the former SK Trencin of Slovakia and KAA Gent of Belgium crafty lad opened his scoring run for the campaign with The Yellow House in Sunday’s 3-1 defeat by SC Reims. 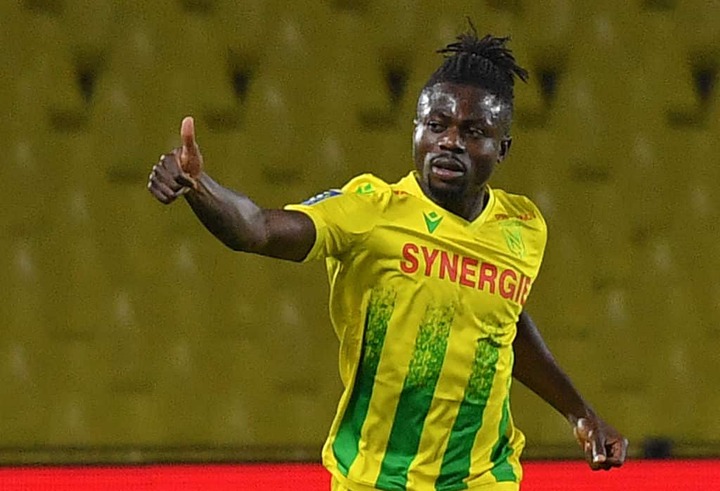 Simon, who has been in fine form since the start of this season, eventually opened his goals account, but Antoine Kombouare’s men returned home with heads bowed low.

In Italy, Osimhen struck home his fourth goal this season in the Italian Serie A and sixth overall, as he spurred his side to a 2-0 victory over Cagliari on Sunday and added to his brace against Sampdoria on Thursday and earlier one versus Atalanta. 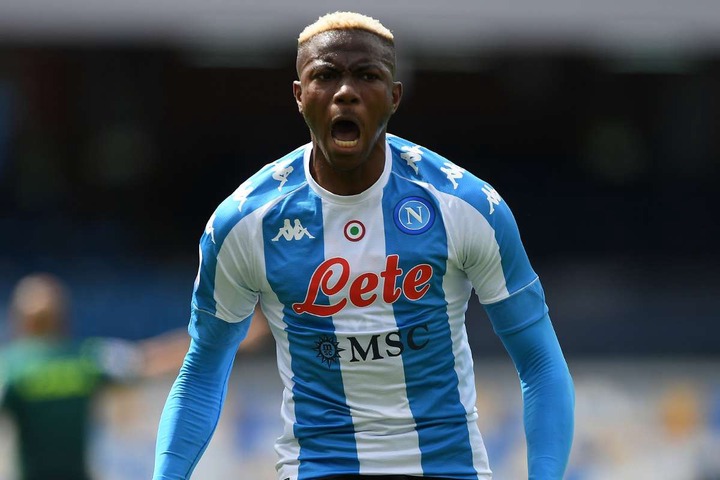 The former Ultimate Strikers Academy of Lagos, VfL Wolfsburg of Germany, Sporting Charleroi of Belgium and Lille Metropole of France hitman opened scoring to help La Parthenopeans stretch their lead atop the table with a comfortable home win.

Osimhen, who was in action for 77 minutes before he was replaced, got Luciano Spalletti’s side off to a flying start at Stadio Diego Armando Maradona with his 11th-minute opener courtesy of Piotr Zielinski’s assist. 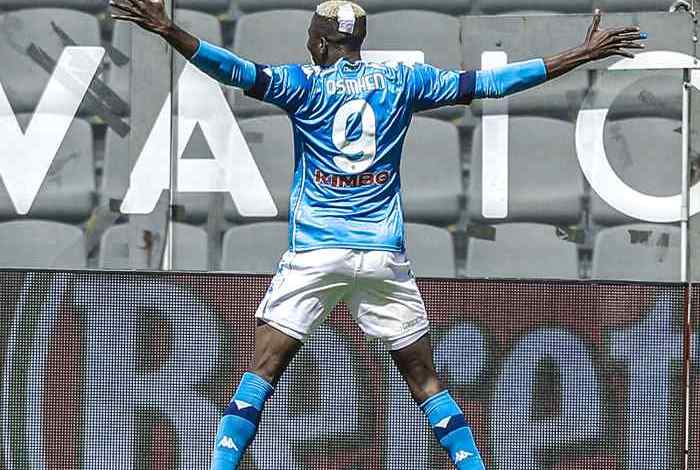 There was also a goal on Sunday in North Africa, as former Enyimba of Aba winger, Anayo Iwuala was Esperance’s hero as he scored the only goal in his side’s 1-0 victory over CS Sfaxien in the Tunisian Super Cup.

This, thus, marks an instant breakthrough into international silverware for Iwuala, whose impressive displays in Nigeria Professional Football League (NPFL) got him a three-year contract which will keep him at Stade Olympique de Rades until 2024. 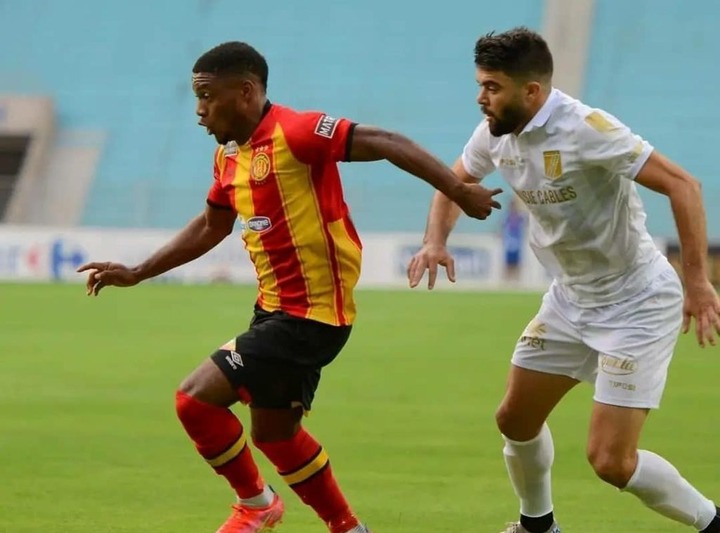 Iwuala's sparkle reached another level in a game that got off to a fierce start but both teams lacked the cutting edge in front of goal as they missed clear cut chances, with the first half ending goalless.

Esperance stepped up their game in the second half and got the winner three minutes before the hour mark courtesy of Iwuala, who played for 83 minutes, after which he was substituted by Fedi Ben Choug. 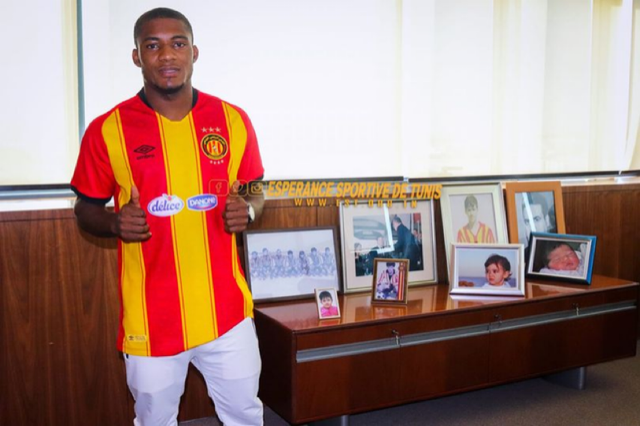 That came 24 hours after Joe Aribo struck in Scotland, as the Glasgow Rangers dazzler got the only goal of his side’s Scottish Premiership clash with Dundee and he took sheer delight in being the mach winner.

Such it was that Aribo’s goal became very crucial in the away fixture for his side, as missed penalty from substitute Jason Cummings proved costly for Dundee aand the Super Eagles’ star earned Rangers a hard-fought 1-0 victory to keep them a point clear at the top of the Scottish Premiership. 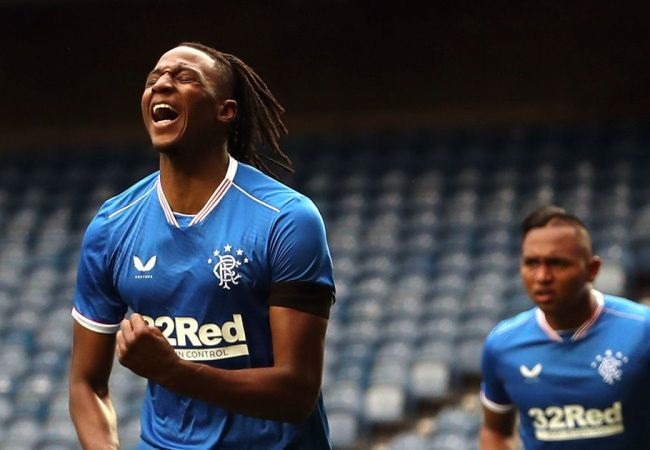 In England, Bournemouth duo of Dominic Solanke and Phillip Anyanwu Billing were both on song for The Cherries on Saturday and their goals helped take their side back on top of the English Championship log.

Hope has been renewed for promotion back to the English Premier League, as Bournemouth defeated visiting Luton Town 2-1 at Vitality Stadium, where The Cherries were two up after half an hour, as Billing volleyed home to double the advantage after Solanke opened scoring with a header. 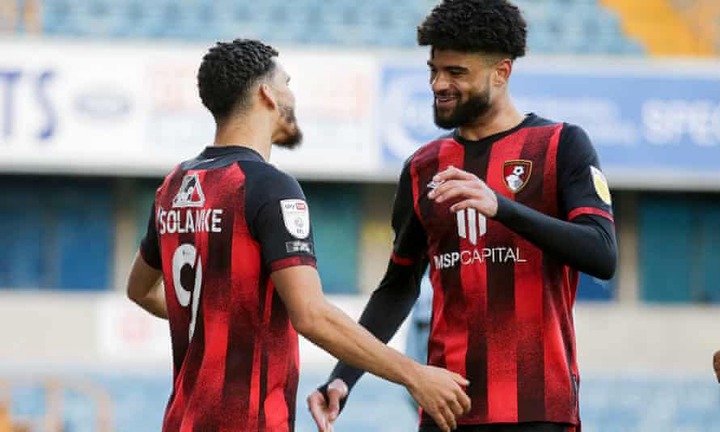 Billing and Solanke have now accounted for ten of the 16 goals scored by Bournemouth this season in the second-tier of English football, while League One action saw Sheffield Wednesday got a 90th minute equalizer in a 1-1 draw against Ipswich Town at Portman Road.

In Netherlands, Cyriel Dessers admitted he was delighted to score his first home goal with Feyenoord, following his arrival on loan from Racing Genk of Belgium on transfer deadline day. 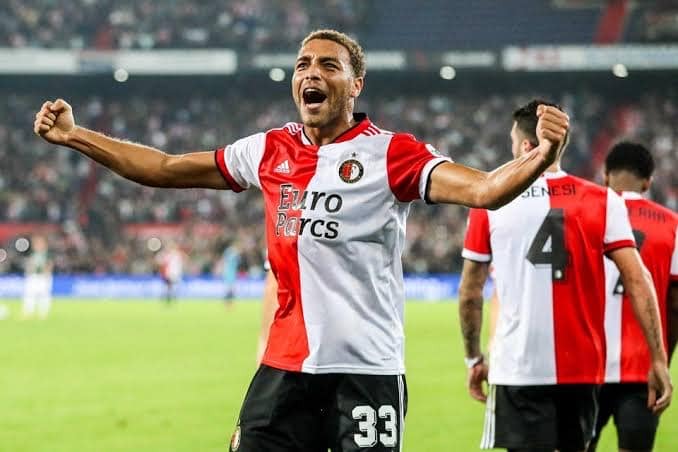 By scoring in the 92nd minute against NEC Nijmegen on Saturday, Dessers moved to two goals and one assist in three appearances as a substitute in the Dutch Eredivisie.

He admitted afterwards that he was truly delighted to hit the net for the first time at his new club’s De Kuip home ground. 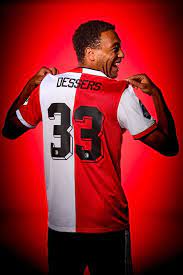 Dessers, whose goal helped his side storm from behind to win 5-3, told ESPN: “I grabbed my moment and definitely enjoyed it. It went completely on automatic pilot, but scoring in De Kuip gives a good feeling."