With two premier league games remaining,they continues to be strong interest consigning how Manchester united will finish the season,with the red devils currently in fifth place with one point separating them from Chelsea in the third place in the premier league table.

However,Manchester united manager have been linked with some players in recent months. 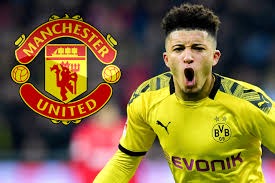 But acoding to reports from the daily star news, Borussia Dortmund are preparing for an offer from Manchester United to secure Jadon Sancho – but the Bundesliga side will not accept anything less than their £100m valuation.

Jadon Sancho will only be let got for the evaluation that Borussia Dortmund have for him which will be 'a lot of money says Craig Burley'. He adds that Manchester United should 'absolutely go for him'.

Borussia dortmund have sent a message to Manchester united chiefs over the £100m valuation of jadon sanchoyour rights. You can unsubscribe at any time.

The Red Devils have been linked with a mega-money move for the 20-year-old, who has 20 goals and 20 assists this season.

And United chiefs are preparing to start talks with the bundesliga side, ole Gunnar solskjaer looks to bolster is attacks

But the times have reported that Dortmund are sticking to their guns over their £100m valuation of the Englishman.

The Bundesliga side do not want to receive a smaller big with add-ons but would rather receive the fee in one lump sum. 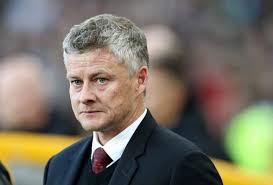 Ed Woodward’s latest statements have implied they would not have as much money as suspected to spend on new players.

While Solskjaer’s side could have to pay £22.5m to shirt suppliers Adidas if they fail to qualify for the champions league, a clause in their 10-year deal.

These financial implications would hinder United’s ability to match Dortmund’s valuation for Sancho – but their position in the premier league would dampen those concerns.

The Old Trafford side are level on points with fourth-placed Leicester, who they face on the last day, and one point behind Chelsea.

Solskajer has guided the side to an unbeaten run of 18 games, continuing on Thursday with a 2-0 win over crystal place.

Marcus Rashford and Anthony Martial got both goals, forming a lethal trio with Mason Greenwood to score 62 goals this season. 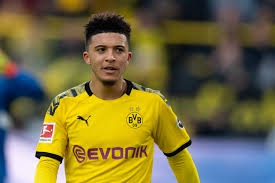