By Harfoofficial (self media writer) | 15 days ago 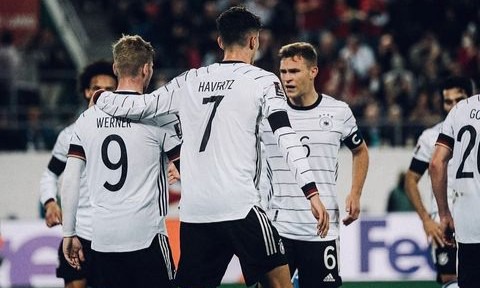 Chelsea duo of Timo Werner and Kai Havertz were in action on Monday night for Germany in their Group J FIFA World Cup qualifiers against North Macedonia at the Todor Proeski Arena.

The football maestros were both handed a role to play in their team's starting XI following their outstanding performance for the team in their previous game and they were able to impress. 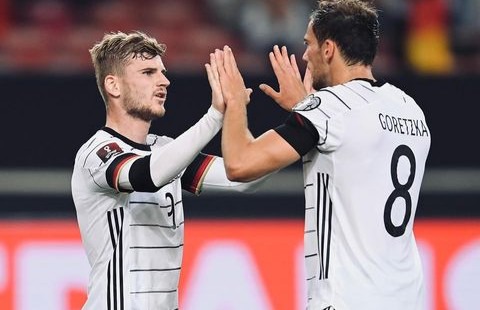 Timo Werner and Kai Havertz were both clinical with their approach and as such played instrumental roles in their team's massive four away goals victory.

After playing out an intensed goalless first half, the Hansi Flick's side stepped up their game in the second half and as such opened the scoring sheet in the 50th minute with a goal from Kai Havertz to make it one nil before Timo Werner doubled the lead for the visitor in the 70th minute to make it two goals to nil. 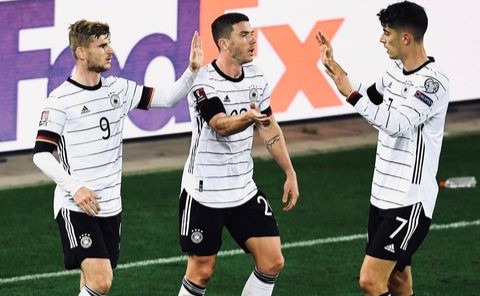 Timo Werner in the 73rd minute was able to get his brace of the night to make it three goals to nil before Jamal Musiala was set by Karim Adeyemi in the 83rd minute to make it four goals to nil.

After several attempts from both sides to add more to the tally of the night, all were not successful as it ended four goals to nil at full time.

The win for Germany in the show of the night has now taken them to the top of the table with 21 points in 8 games played and as such be looking forward to continuing the winning streaks in their next fixture. 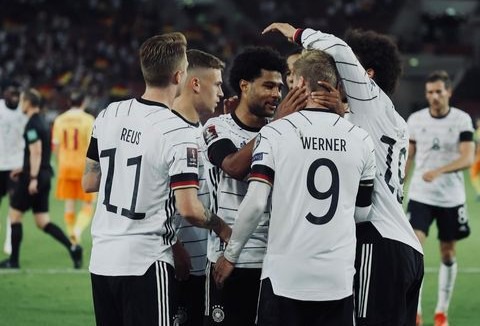