Chelsea's most expensive players in history

By Blessing-reporters (self meida writer) | 1 months

Chelsea is one of the most decorated clubs in England, with billionaire owner, Roman Abramovich, who has a huge passion and also providing a lot of financial support for the club. The club has gotten incredible players played for them such as Didier Drogba, Andry Shevchenko, John Mikel Obi, Micheal Essien, Kai Havertz, Eden Hazard but here are the ten most expensive players signed by the club.

Havertz became the most expensive player in Chelsea football club history after he signed from Bayer Leverkusen earlier in the season at a fee of £72million, the attacking midfielder can also play as a supporting striker.

Arizabalaga became the most expensive goal-keeper in Chelsea history after he was from Athletic Bilbao at a fee of around £71.6 million on a late transfer. The Spanish international started on a very good note but find it difficult as time proceeds, he has been overshadowed by Edouard Mendy.

The Spanish international was signed in 2017 at a fee of around £60 million from Spanish giants, Real Madrid. Morata will not find life so smooth in England before his departure.

Pulisic is a United States international who plights his trade with Borussia Dortmund before he was signed by Chelsea in the summer of 2019 sighting the departure of club talisman Eden Hazard. He was signed at a fee of £58 million. 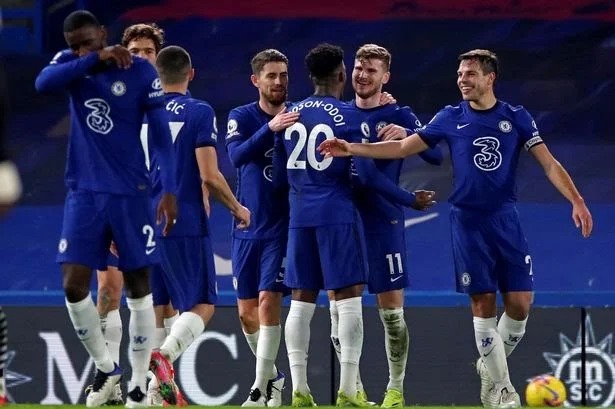 Torres was signed from league rivals, Liverpool, at a fee of around £50 million in 2011. The Spanish International will not find it easy in West London unlike the incredible records and goals he had during his time in Liverpool but played a vital role in Chelsea's first-ever champions league trophy and his late goal in Barcelona will never be forgotten.

The Italy international was a Manchester City-bound player before he will change his mind to follow his boss( Sarri) to Chelsea in the summer of 2018 from Napoli at a fee of £50 million. He played the holding midfield position. 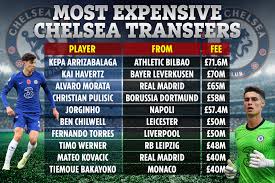 Chinwell was signed from Leicester City in the summer of 2020 at a fee of £50 million, under the former boss, Frank Lampard, but the England International never really live up to expectation.

The German signed from RB Leipzig in 2020 at a fee of £47.6 million. He can play as a winger, top striker, or supporting striker.

Kovacic is a Croatia international, he signed for Chelsea from Real Madrid in 2019 at a fee of £40 million after he has spent a season at the club on loan, he plays as an attacking midfielder.

The French International was signed from Monaco at a fee of around £40 million, but did not find life easy in England and never spend much time in Chelsea before his departure.

Chelsea signed the Belgium international from French club, Lille, in the summer of 2012 at a fee of around £32 million in 2012. Hazard can be referred to as one of the best players in the club's history.