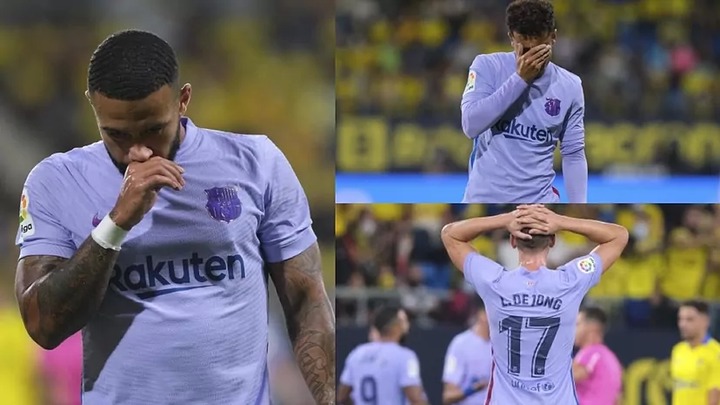 Barcelona's problems are plentiful and one that should be of particular concern is their attack, as the team have recorded their worst start to the season in almost two decades. The Blaugrana have scored just eight goals in their first five LaLiga Santander games, which is the club's lowest total since 2003. Oddly enough, it was Joan Laportas' first season as president and there was another Dutchman at the helm Frank Rijkaard. At the time, the Catalans had only scored five goals in their first five La Liga games.

In that 2003/04 season, Barcelona finished second in La Liga, five points behind Valencia. They were also unlucky in Cup competitions, as they were eliminated by Real Zaragoza in the Copa del Rey and Celtic in the UEFA Cup. Rijkaard's hard-hitting attack in those opening games was also shaky, with Ronaldinho being the only regular, while he cut and changed the others around him, including Ricardo Quaresma, Javier Saviola, Patrick Kluivert and Sergio Garcia.

The similarities now, 18 years later, are there to be seen. This time Memphis Depay has been the constant, but the lack of coherence around him couldn't have helped. With Lionel Messi's first outing in the summer, it was Martin Braithwaite and Antoine Griezmann who started the first games of this campaign, but the former recovered and was injured and the latter returned to Atlético de Madrid on the deadline.

Ronald Koeman also turned to Yusuf Demir, Philippe Coutinho, Luuk de Jong and even, in moments of desperation, Ronald Araujo and Gerard Pique. New signing Memphis Depay got off to a fantastic start - as he tends to do at the start of the season - but has since cooled as Blaugrana fans have seen their own brilliant spark die off. Luuk De Jong, the much wanted No.9 Koeman, has so far been missing and has yet to shoot on target for his new club as he continues to settle in.

Coutinho, too, looks like a shadow of himself, but he's been injured for a long time and may take time to level up as well. Yusuf Demir has started the last two games, but he's clearly not the answer and just a stopgap until Koeman can call in reinforcements from the treatment room. Along with Braithwaite, Sergio Agüero, Ousmane Dembele and Ansu Fati are currently injured. If everyone was fit and ready, the story could be different, but until then, Barcelona have an attacking problem.