Nigerian Team of The Week – Rating the players performance

By TobiAdepoju (self media writer) | 2 years ago

It was a thrilling weekend for most of the home teams, they showed big character, game plan, and the results for the home teams had huge implications on the latest NPFL table after weekend games. 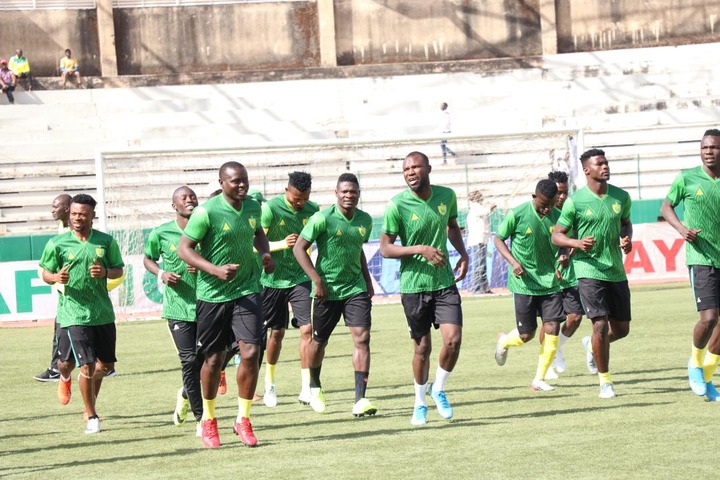 Interestingly, the new boys, Dakkada FC can’t stop breaking the hearts of their hosts. Only Wikki Tourists and FC Ifeanyi Ubah failed to win at home on Sunday.

Who were the standout players in the NPFL on Matchday 18? I have picked my Team of the Week and set up the team in a 4-3-3 formation. 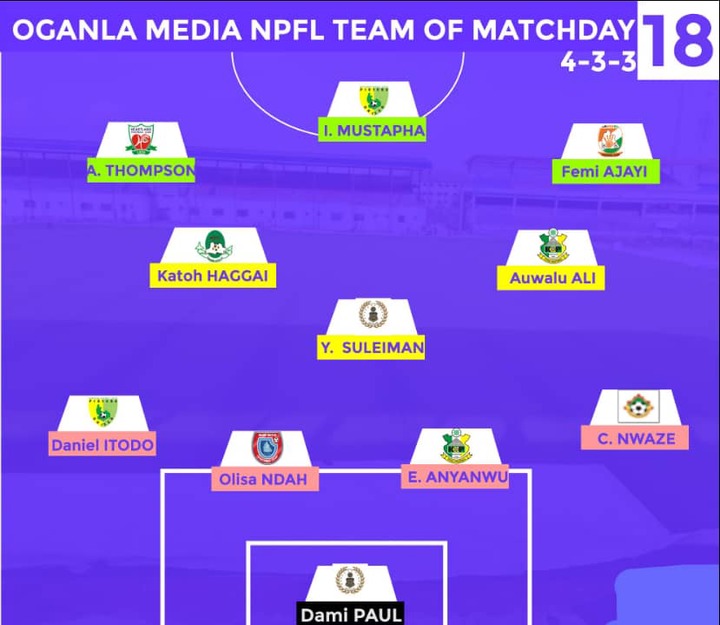 Manager of the Week:

Nasarawa United caretaker coach, Abubakar Arikya is my Manager of the week. He masterminded a brilliant performance of his team, they came back from conceding early in the game to win 3-1 against Abia Warriors in Lafia.

Paul made magnificent saves to denied Lobi Stars in the game they were desperate to win and retain their top spot. He made point-blank saves against Lobi Stars’ Abdulmummuni Abdulkareem, he denied Sunday Adetunji twice for his side’s to secured their first win in four games, they also moved out from the bottom four. Christopher Nwaze (Kwara United): It was a difficult game for the host against MFM FC, the visitors curtained and matched their host for their plans. Nwaze became the hero and scored the only goal of the encounter from the spot in the second half.

Olisa Ndah (Akwa United): Ndah joined Akwa United during the January transfer, he was impressive in Nnewi against FC Ifeanyi Ubah. A game the host dominated with their attackers, Eze Ifeanyi, Samuel Kalu, and Uche Sabastine, Ndah solid performance in defense ensured his team left Nnewi with a point and clean sheet.

Daniel Itodo (Plateau United): Itodo’s long-throw put pressure on Rivers United all through the game. In the 3rd minute of the game, he assisted the only goal of the game off a quick long-throw scored by Ibrahim Mustapha. He was brilliant with his defensive duties as well. 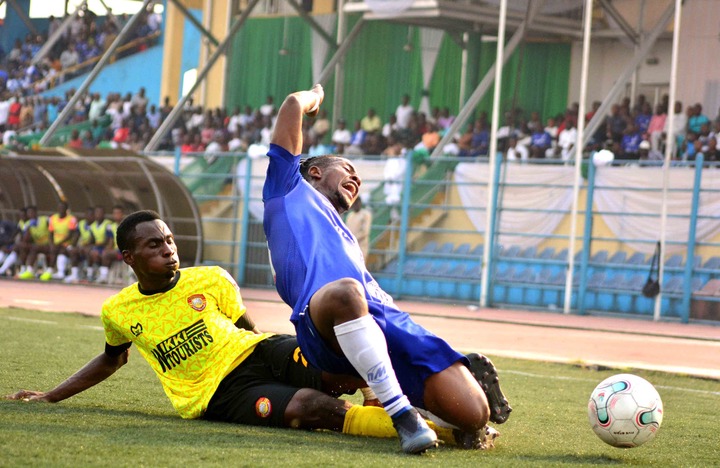 Auwalu Ali (Kano Pillars): He was outstanding on Sunday, scored a brilliant free-kick to put Pillars into the lead against their visitors, Adamawa United. He scored his 5th goal of the season and he’s having a great season.

Katoh Haggai (Nasarawa United): He made his debut on Sunday and he was impressive, he was introduced in the second half and impressed the home fans. He scored four minutes after he was introduced, blasted a thunderbolt from 25 yards to secured his team victory against Abia Warriors.

Yusuf Suleiman (Jigawa Golden Stars): This is one player, Lobi Stars won’t forget for weeks, he denied Lobi Stars from retaining their top spot on the log. Lobi Stars thought they had a point in the game but Suleiman’s 88th minute strike broke the heart of the visitors. Abiodun Thompson (Heartland FC): Obviously, he was Heartland FC missing link when he got injured, his return from injury inspired his team first win in three games. He scored the only goal of the game in the 3rd minute against his former team, Sunshine Stars. He was harmful to the defense line of the visitors.

Femi Ajayi (Dakkada FC): Massive performance from Dakkada in Bauchi against Wikki Tourists, Ajayi was outstanding again for his team. Ajayi’s late equalized denied Wikki from securing the full points in front of their fans.

Mustapha Ibrahim (Plateau United): The Jos club needed to win after Lobi Stars lost a day before, the goal came early and Ibrahim was clinical. The goal was eventually the only one in the tricky encounter against Rivers United. Ibrahim scored his 8th of the season, and he moved up as NPFL joint top scorer with Tasiu Lawal of Katsina United. 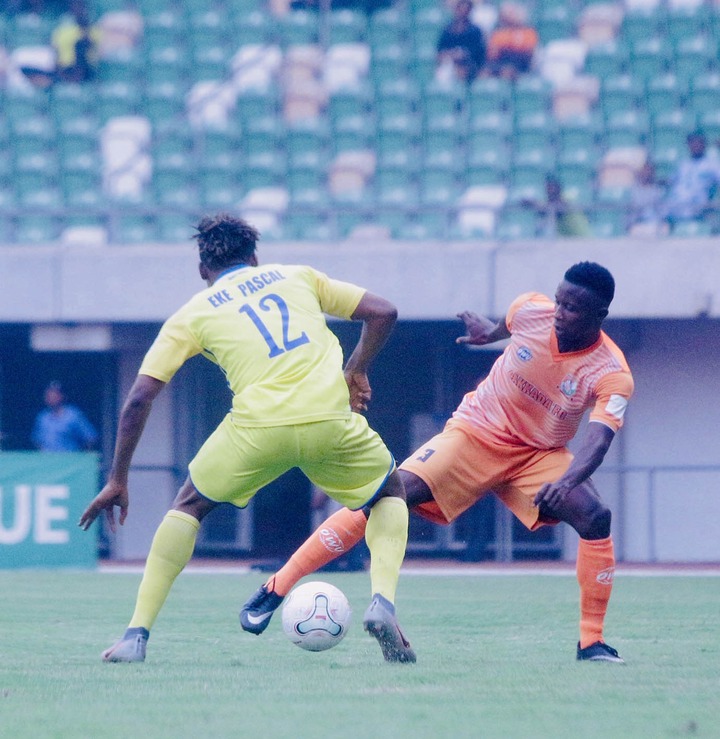 Any of your favorite player from the weekend games missing in the team? Join the conversation in the comment box. Kindly, follow me on Opera App at TobiAdepoju.

The team graphic was designed by @PowerfulFJ on Twitter. Pictures are from LMC Media.

Content created and supplied by: TobiAdepoju (via Opera News )