It's now crystal clear that the Nigeria Football Federation are no longer interested in Gernot Rohr and can't wait for his contract to expire in June 2020.

As usual, it has to do with money, same problem they have always had with many of their former coaches.

The latest war of words came after, the Super eagles manager told the media, during one of his interviews with insideworldfootball. com , that the Nigeria football body is owing him 100,000 dollars in bonuses and allowances , which the NFF chairman has come out to reply him 3 days ago, 5th December to say that they are not owing him anything , that he was owed 30,000 dollars, which has been paid.

Now, the NFF has queried the Super Eagles manager for breaching their contract, which states that, he must not at any point in time, reveal the details of his salary to journalists, he was also accused of lack of professionalism.

The 66 year old German, who has been the Super Eagles manager since 2016, is unarguably one of the best managers, the senior team have ever had. He has achieved a lot for them, one of which he helped them to qualify for the AFCON after their inability to qualify for the tournaments twice, and they came back with the bronze medal. Also remember that the Super Eagles went unbeaten during the qualifications.

Recall, during the bronze medal presentation at the African Cup Of Nations, when the NFF chairman, Amaju Pinnick, deliberately snubbed the handshake of Gernot Rohr, which he later denied. Fact is, the signs has always been there.

Rohr, has also said that, he may and may not continue the job. He cited reasons like, Disrespect, organisational problem, promises not kept. He also said that he has received offers from Cameroon, Morocco and Mali after the African Cup Of Nations.

Truth is, whatever issue that the NFF has with the Rohr, goes far beyond salary issues. He is probably not dancing to their tune or not going along with whatever plan they had in mind while hiring him, but fact still remains that their issues goes beyond salary and allowance brouhaha.

Anyways, whatever plan the football body have in mind, I really do hope they have a better replacement for Rohr, if they decide to let him go, to avoid going back to square 1. 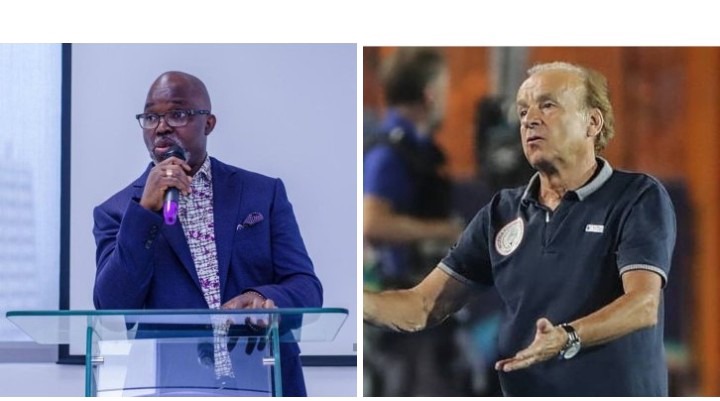