Despite having a world-class roster of players, Man United's recent performances have been startling. The red devils were thrashed by the foxes at King Power Stadium yesterday. The red devils got off to a great start thanks to brilliant kid Mason Greenwood, who scored a fantastic goal. However, Youri Tielsman, a Belgian international, equalized the goal with a creative shot after a few minutes. The first half concluded with a 1-1 tie. 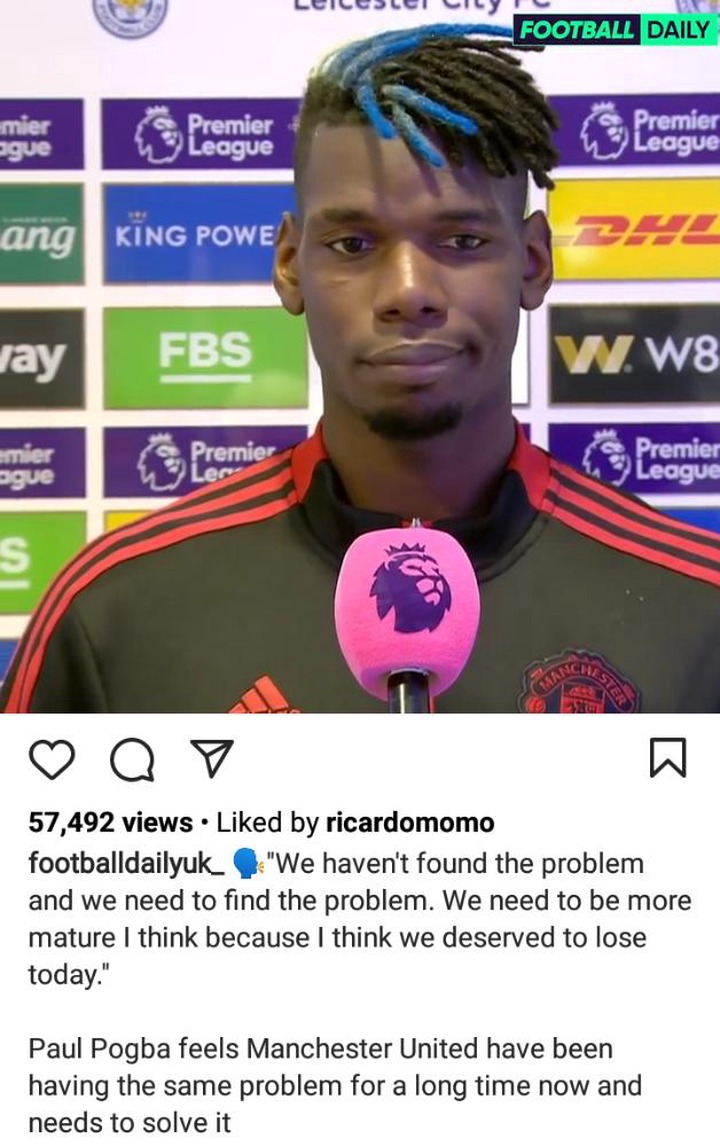 The difference was evident in the second half, when Leceister City scored three goals and Manchester United only scored one, which was scored by Marcus Rashford. This is the red devils' second-worst performance since Louis Van Gaal was in charge.

Man United, according to Paul Pogba, must solve the problem that has plagued them for a long time. He went on to say that owing to the manner they were playing, they were expected to lose the game. Pogba believes the issue is within the team, but he didn't name anyone. However, based on his physical and emotional gestures, the Coach is the issue.