By Obanurudin (self media writer) | 10 months ago 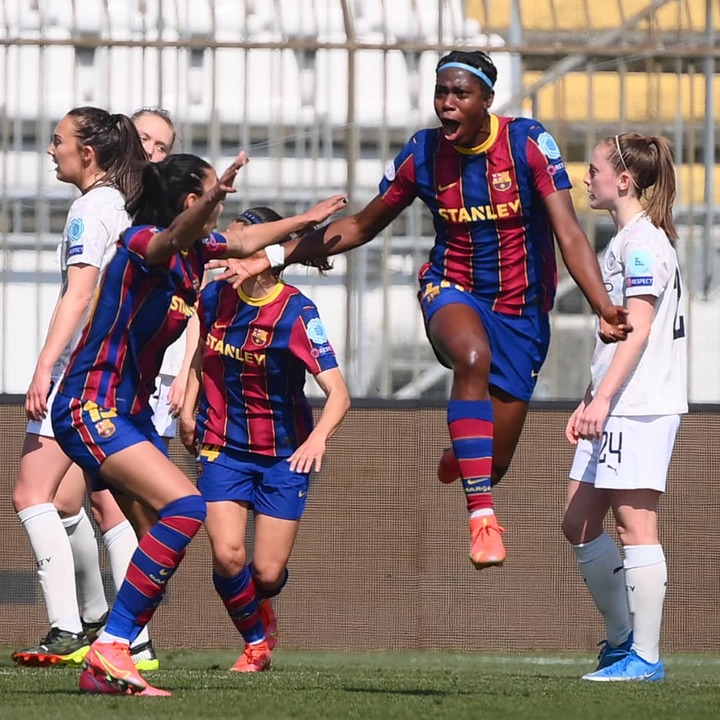 Nigerian forward Asisat Oshoala is well known across Africa for her excellent performances and goals for her country.

The Barcelona Women's striker is the continent's most famous figure in women's football and she continues to grow in popularity. She has excelled in the women's league in England with Arsenal and Liverpool, but it is at Barcelona that she has taken her game to the next level.

At the Spanish club, Oshoala is playing more regularly in the elite UEFA Women's Champions League, and she is standing out.

The African Women's Footballer of the Year underlined her status as a massively important player for Barcelona on Wednesday when she steered them to a quite impressive 3-0 win over Manchester City in the first leg of their Champions League quarter-final tie.

She scored the first goal and was fouled for the penalty that resulted in the second goal as Barcelona took a commanding first-leg lead.

Manchester City are a top side, but Oshoala led from the front as Barcelona made light work of the English team.

At just 26 years old, Oshoala is already a legend in African women's football and she is gradually conquering Europe. 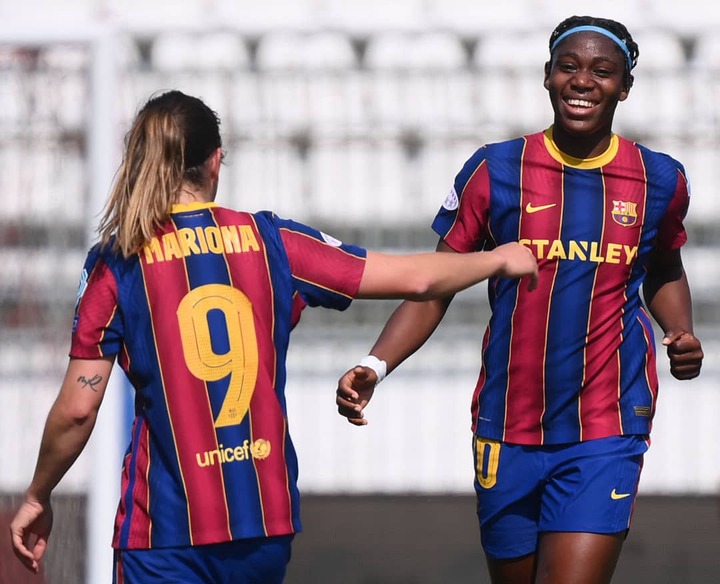 She has been named African Women's Footballer of the year four times and has won three Women's Africa Cup of Nations titles with the Super Falcons.

Very few, if any, players have attained her status in the women's game in Africa, and she is clearly well ahead of her contemporaries.

The next step for her is to be among the very top in Europe, and she is not far off.

At Barcelona, she has become a household name. She scored seven goals in seven appearances after joining the side from China's Dalian Quanjian in 2019.

This season, she has been in inspired form, scoring 15 goals in 19 domestic league games, and three goals in the Champions League.

She is Africa's top player in Europe at the moment, as she has been for at least the last three years.