OPINION: Neither Kante Nor Jorginho Deserves To Win The 2021 Ballon D'Or

The big question is "who deserves to win the 2021 Ballon D'or award between Jorginho and N'golo Kante"? The answer is None. 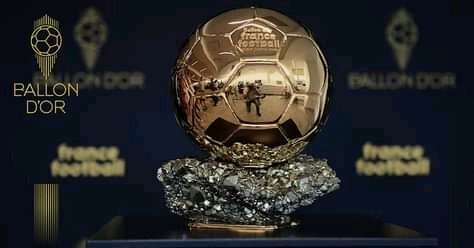 Jorginho and Kante are part of the Chelsea team that won the UEFA Champions League last season. These two midfielders have been nominated for the 2021 Ballon D'or award because of their outstanding performance during the 2020/2021 campaign.

Jorginho and Kante are no doubt Chelsea's best midfielders in the 2020/2021 football campaign. The two midfielders contribute much to Chelsea's second UEFA Champions League title in the history of the club. Although they performed very well, none of them deserve to win the 2021 Ballon d'Or award.

N'golo Kante was very good in the UEFA Champions League especially against Real Madrid where he picked up the man of the match award by outclassing Toni Kroos and Luka Modric in the semi-final of the tournament. However, Kante statistics in 2021 is very poor. He has only 1 goal and 1 assist throughout the 2020/2021 campaign.

Jorginho plays an important role in Chelsea winning the 2021 UEFA Champions League title as well. Last season was Jorginho's best year as a footballer. However, his 2020/2021 statistics are very poor as he only has 1 assist throughout the campaign.

Jorginho was named the UEFA player of the year after winning the Euro 2020, UEFA Champions League, and Super Cup while Kante on the other hand was awarded the UEFA best midfielder of the year. The two players have been nominated for the 2021 Ballon D'or. Other strong contenders of the 2021 Ballon d'Or award are Lionel Messi, Robert Lewandowski, and Romelu Lukaku.

Due to their work rate, neither N'golo Kante nor jorginho deserves to win the 2021 Ballon d'Or award.

In my opinion, the only worthy player that deserves to win the 2021 Ballon d'Or award is Robert Lewandowski.