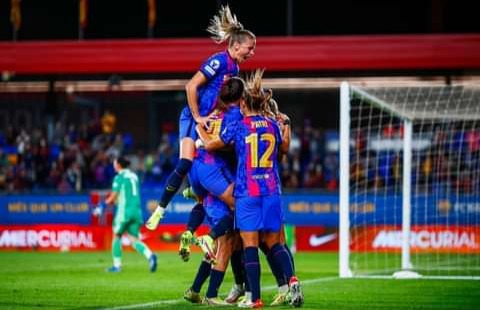 Super Falcons of Nigeria forward, Asisat Oshoala was in action on Monday night for Barcelona Women in their opening game of the UEFA Women's Champions League against Arsenal Women at the Estadi Johan Cruyff.

The Nigerian star was handed a role to play in her team's starting XI following her outstanding performance for the club in their previous game and she was able to shine. 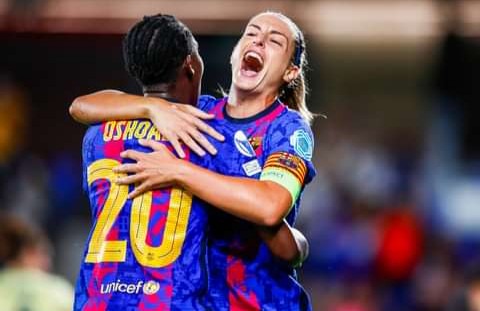 Asisat Oshoala was outstanding in the show of the night as she scored a brilliant goal which was instrumental in her team's four goals to one win of the night.

Barcelona were impressive in the game as they kick-started their title-defence campaign with a vital three points which placed them at the top of the Group C table.

Mariona Caldentey opened the scoring sheet for Barcelona in the 31st minute to make it one nil before Alexia Putellas doubled the lead to make it two goals to nil in the 42nd minute going into the half time break. 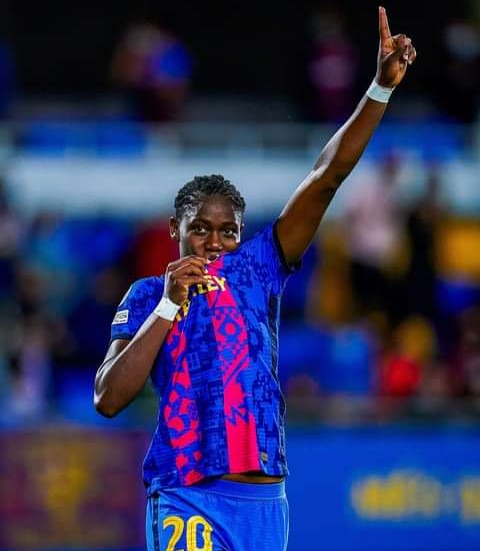 The host in the 84th minute were able to seal the deserved victory of the night with a goal from Lieke Martens to make it four goals to one.

After several attempts from both ends to add more to the tally of the night, all were not successful as it ended four goals to one at full time. 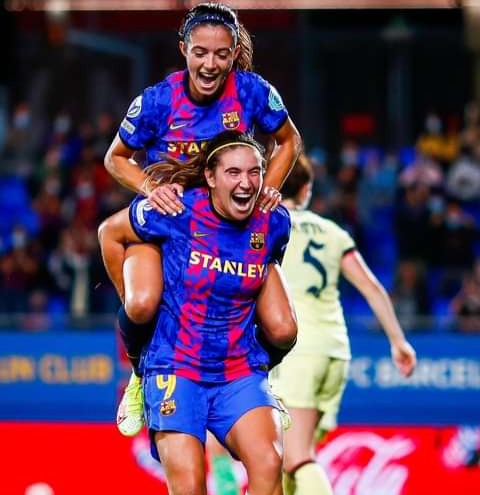 The win for Barcelona has now taken them to the top of the table with 3 points in 1 game played and as such be hoping to keep the winning streaks going in their next fixture, so as to continue their pursuit in the competition.