On Thursday, Nigeria was defeated 1-0 by the Central African Republic in a 2022 FIFA World Cup qualifying match.

With no incisive attempts at goal, the three-time African champions struggled to break down their opponents' defence at Teslim Balogun Stadium, and they were punished in the 90th minute when CAR converted their sole effort on target with Karl Namnganda's strike.

How The Game Went Down:

In the absence of Wilfred Ndidi and Alex Iwobi, Frank Onyeka of Brentford and Joe Aribo of Rangers were given the nod to start for Nigeria, with Francis Uzoho taking the place of Maduka Okoye and Daniel Akpeyi in goal.

The Central African Republic's defence was rock-solid and well-coordinated, and they were rewarded for their perseverance when they took advantage of a miscalculation by William Troost-Ekong and Leon Balogun, allowing Namnganda to send a shot past the helpless Uzoho.

After the first half's lack of cutting edge, Gernot Rohr made a tactical change, bringing in Union Berlin striker Taiwo Awoniyi to replace Kelechi Iheanacho immediately after the break.

It was Awoniyi's first appearance for the Super Eagles, and in the 53rd minute, he came close to breaking the deadlock after Osimhen's shot hit the post, but his effort was off goal.

Ahmed Musa and Bordeaux winger Samuel Kalu came on for Joe Aribo and Moses Simon late in the game, but their contributions were insufficient to assist the Super Eagles to beat CAR goalie Prince Samola.

Despite the loss in Lagos, Gernot Rohr's side are still in first place in Group C with six points from three games, while the Central African Republic has moved up to third place with four points from the same number of games. 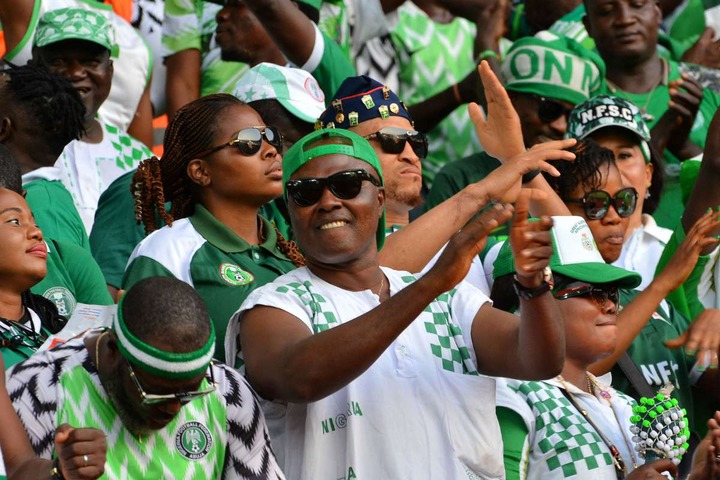