By Bishop_lee (self media writer) | 12 days ago 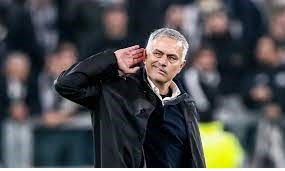 Barely twenty-four hours after winning the FA Cup, Manchester United sacked former coach, Louis van Gaal, to appoint Mourinho because they were desperate for at least an appearance of quality in the squad. No one would have thought that he would be sacked just three years later. In this article, I would like to share my opinion as to why the appointment and subsequent sack of José Mourinho is one of Manchester United's the greatest mistakes in the modern era.

When Manchester United appointed José Mourinho, they were not in any serious trouble. They did not need a saviour and most importantly, they did not need Mourinho. They literally won a trophy just two days before he got appointed. Before his appointment, the board of directors knew about him, his personality, his style of football, his ability to cause division within a team and his preference to push blames on players whenever the team performs badly.

The truth is that the club only signed Mourinho to try to get more credibility. This badly backfired, as the coach constantly got into public altercations with the owners. After his sack, the club started to look really desperate. With his dismissal, the club discarded their third different philosophy in five years.

Sacking José Mourinho also created another problem. Was there anyone good enough to replace him? The only player that could fill His shoes comfortably was Mauricio Pochettino, who was not really available until the next summer. Any other coach would have been too expensive to buy out of their contracts. Any hope of getting better without Mourinho was getting dim and so, the club should have stuck with him for a couple more years.

Mourinho was a coach who could do much with very little. Although the club spent over £400 during his reign, Jose never got the players he really needed. When he asked for a wide midfielder, he got Fred for £52 million. When he asked for a solid centre back, he got Lindelof and Bailly for £60 million. The only top class player the club invested in was Paul Pogba. Transfer wise, Woodward did not give Mourinho what he required for him to thrive. 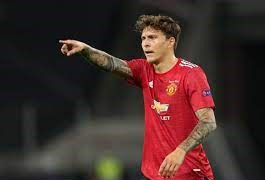 Since the retirement of Sir Alex Ferguson in 2013, No Manchester United manager has won more than one trophy, except José Mourinho, who skipped two and got three. The last time Manchester United won a trophy was three and a half years ago, and it was won by Mourinho. It would have been nice to see what magic the “special one” could have conjured if given the time and backing required.

Mourinho is also a strict coach. If you do something wrong, you get punished. If you do not live up to expectations, you get dropped from the squad. It was this attitude that made him to fall out with some star players at the club. Sacking him helped indulge the players and made them feel that they ha nothing to lose whether they play well or not. This Indulgence can still be seen today in the way the team plays. There is no passion in the team because the players know that they will not get disciplined by the coach.

It will take a long time and a lot of effort by an almost super human coach to repair the damage at the club. Any coach that will do this would have to first start from the player's mentality, a mentality that was forged by the sacking of one of the greatest coaches football has ever seen.

Content created and supplied by: Bishop_lee (via Opera News )