Checkout The Award That Fernandes Has Won 4 Times In A Year, But De Bruyne Has Not Won It In 5 Years

By Tobewilly (self meida writer) | 1 months

Awards in general, are rewards for excellence, productivity and impact. It serves in one hand as recognition and appreciation, while on the other hand, it serves as a motivation to do more. Awards are common in almost every aspect of life. 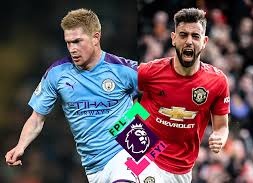 In football, the player's impact and productivity depends on what he has helped his team to achieve within a certain period of time, and sometimes in the course of a competition. These players are given awards to recognize their efforts and hardwork. 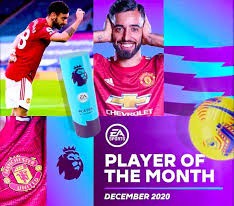 The premier league being arguably the most competitive league in Europe, features many talented players across the various clubs. Among these players is the person of Kelvin De Bruyne; he is arguably the best playmaker in the league, and one of the best in the world. 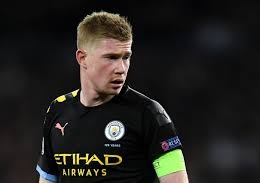 Since his debut in the premier league, he has achieved so many feats, helping Manchester City to clinch so many trophies, and emerging as the assist king in many of these occasions, winning so many awards. 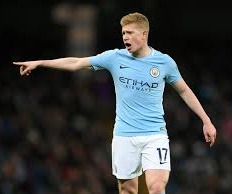 Despite all this excellent achievements and performances, there is an award in the Premier League which he has not been able to win for the past five years. What could that award be? 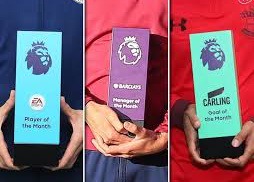 It is no other award than the "Premier League Player Of The Month Award". This award is usually given to the most deserving player, considering his performances in the league for that month. 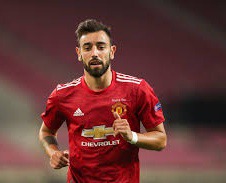 Bruno Fernandes on the other hand, who joined the premier league about a year ago, has been able to clinch the award for a record 4 times, making him the first ever in the history of the league to achieve this feat. 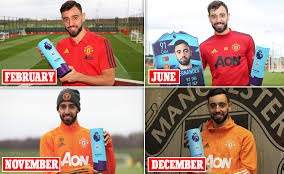 Is this not surprising?

Throwback Pictures Of Buhari With Idris Deby Before His Death

2023: Sunday school teacher to run for Governor in Plateau State

Adeyanju Deji Expose The True Nature Of Late Chad President's Son, Reveals What He Is Doing

OPINION: FG Should Take These Measures To Solve Insecurity Problems In Nigeria

2023 Presidential Election is near, which of these leaders do you think can solve Nigeria's problems

Opinion: Nnamdi Kanu Should Immediately Surrender Himself To Nigerian Army