The European champions Italy extended their unbeaten run to thirty-four matches as they got an emphatic 5 - 0 win over Lithuania in the FIFA World Cup Qualifiers.

The Italian National Team were dominant all through the match as they recorded all the maximum three points in tonight's encounter. 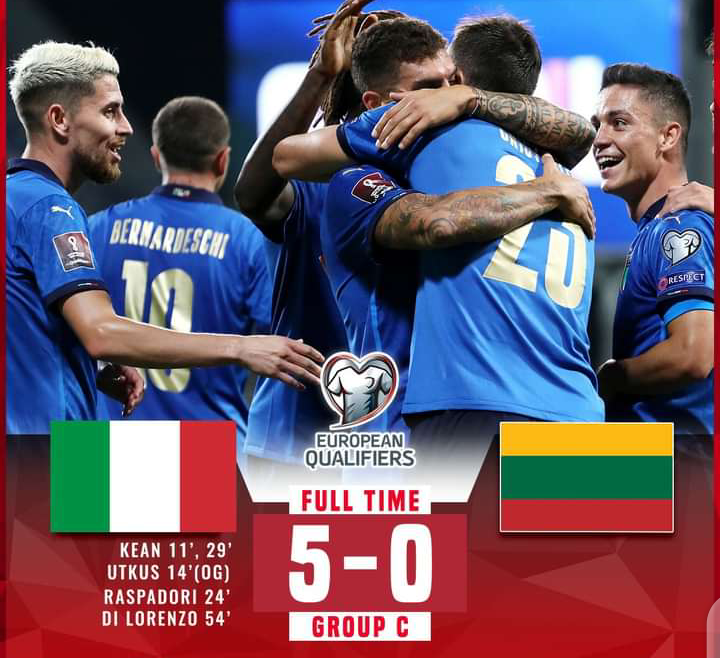 The Italy Superstars which include Jorginho, Moise Kean, Gianluigi Donnaruma, Federico Bernadeschi and Bastoni were all superb in tonight's encounter. 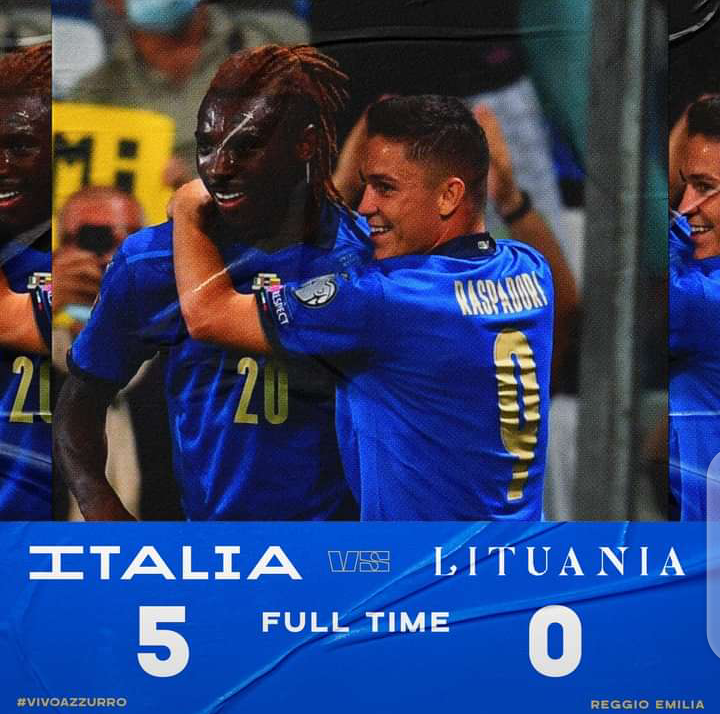 The European champions Italy remained on top of the group having amassed fourteen points from six matches while Lithuania currently sit 5th position on the group standings.

Let's take a look at three wise decisions Roberto Mancini made as Italy won their game; 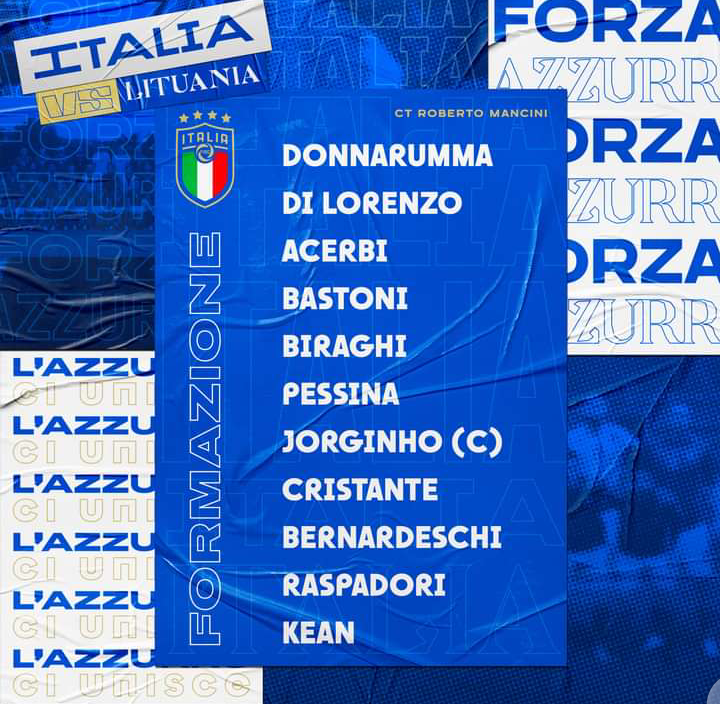 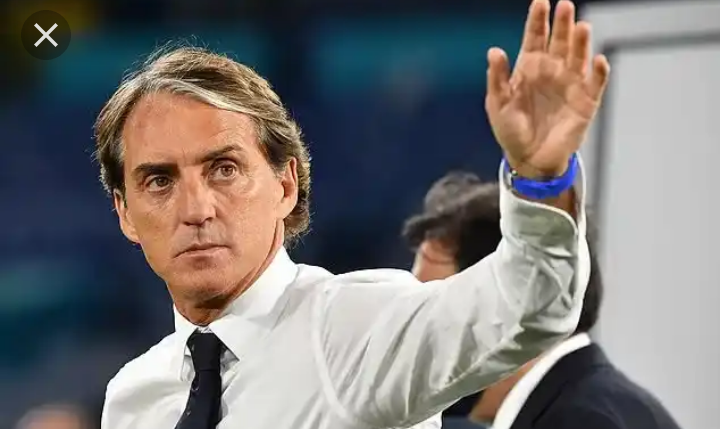 3. CHANGE IN STYLE: The Italy head coach Roberto Mancini started the game with a 4-3-3 formation in which he used Federico Bernadeschi and Raspadori as wingers in order to weaken the Azerbaijan's defence.

After Italy scored the fifth goal of the game, The Italy head coach Roberto Mancini changed to a 4-4-2 formation in order to prevent the opponent from scoring in the match. 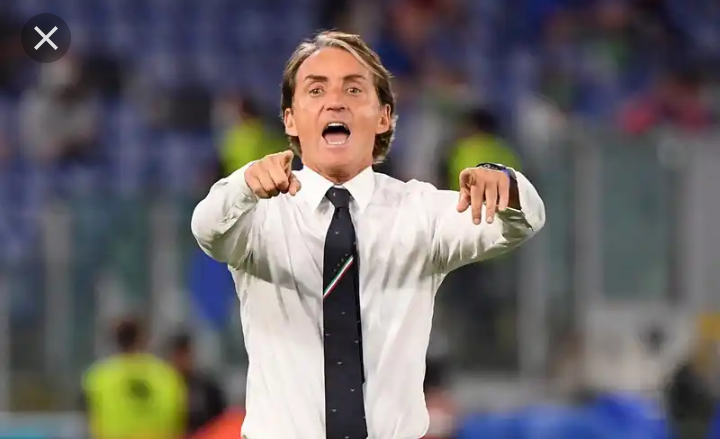