By SirKinGsEliTe (self media writer) | 24 days ago 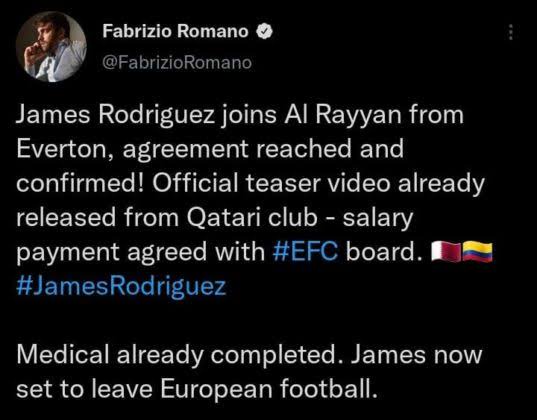 2014 World Cup Golden boot winner, James Rodriguez, who joined Everton FC on free from Real Madrid in the summer of 2020 under Carlo Anceloti, has left Everton to join Qatari side, Al-Rayyan for an undisclosed fee, according to transfer guru Fabrizio Romano.

Prior to his latest move, the Colombian playmaker had expressed his desire to leave Everton during the summer transfer window but that did not materialise despite Everton been open to any deal for the former Monaco and Real Madrid playmaker. 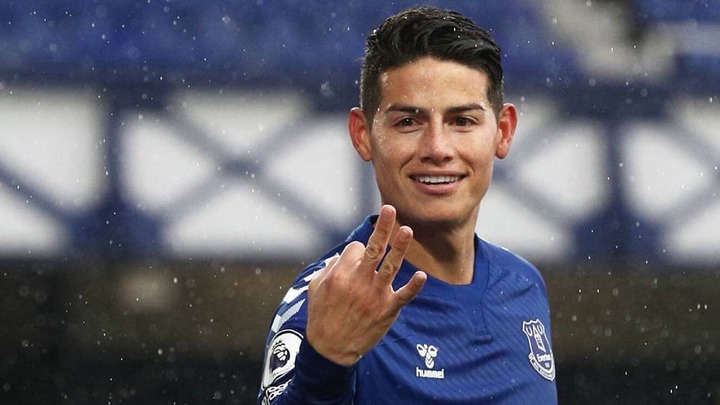 James Rodriguez was not selected by his National team for the last COPA America due to fitness issues, something Rafael Benitez also highlighted when questioned about James Rodriguez future in his team. As speculated then, Rafael Benitez wasn't counting on him for the new season and had omitted him from his matchday squad list in both league and cup competitions. Rafael Benitez's decision to leave the James Rodriguez was partly due to his fitness level, as he had earlier said the Colombian playmaker would have to improve his work output to have the chance of forcing his way into his team.

James Rodriguez made 26 appearances for Everton in all competitions, scoring six(6) goals and creating eight(8) assists. He now joins a Qatari side coached by former France and PSG coach, Laurent Blanc who joined Al-Rayyan in December 2020. He guided them to third place in his first half season in the Qatar Stars League, and will be buoyed by the addition of a world class playmaker in James Rodriguez, provided he stays fit.