"Talk Some Sense Into Him," Roman Reigns Tells Kevin Owens' Wife After He Beats Him Up

Wrestling always gets a little bit uncomfortable to watch, when the personal lives of the performing wrestlers come into the storyline. You don't need to go very far to see examples of how this has happened. I could give you a million, but the most uncomfortable so far has been the AJ Styles and Samoa Joe saga. 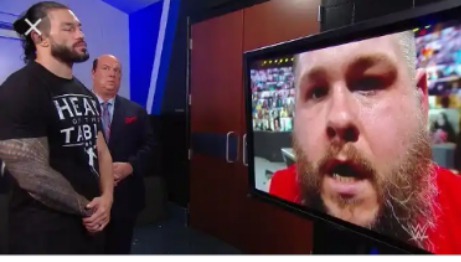 I don't know about you, but it's beginning to look like involving the family into the whole storyline is the road the Roman Reigns and Kevin Owens storyline would take.

After the events of last week, which saw Roman destroy Kevin Owens in a brutal beat down, and then destroy his cousin Jey Uso, as punishment for getting him into a match against KO at TLC to start with, KO came to the ring to cut a promo, while the ring was littered with tables, ladders and chairs. "All these weapons would get me back to the top of the WWE," Owens declared. 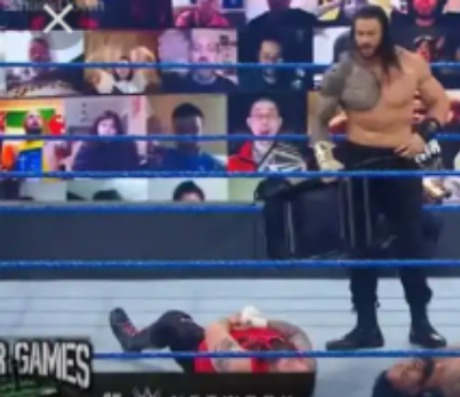 Backstage, Uso took permission (uh...finally?) from Roman his cousin, to go to the ring, and shut KO up, which led to a massive brawl, and unfortunately for Uso, KO got the upper hand and put him through a table.

Then Roman Reigns came out to get the job done (which his cousin failed to do for the millionth time), and right after he took him out, he looked into the camera, and told Kevin Owens' wife (who should have been watching), to talk some sense into him. 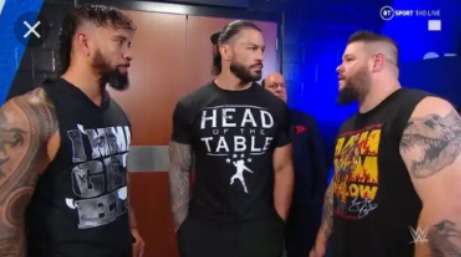 The fact that the wife of KO was mentioned this week (and something about someone's family was mentioned last week), goes to show that this meeting between these two wrestlers, is much more than wrestling for the Universal Championship. It's about the restoration of pride and honour. Roman Reigns has repeatedly humiliated Kevin Owens, and if KO can somehow find a way to get the upper hand against Reigns, he would have his revenge. I don't see that happening though. Their match at TLC is already proving to be a show stealer with the amount of work they both are putting into telling their unique story. 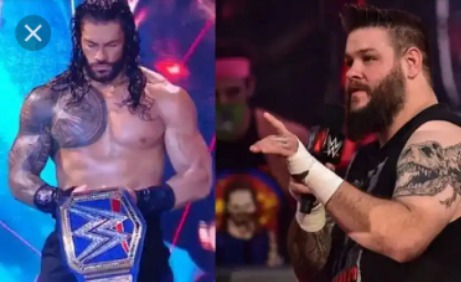 So what are your thoughts about this? Would Kevin Owens beat Roman Reigns at TLC, or would the humiliation continue? (P/S: If you have any wrestling foresight at all, you can already see the answer).