How Messi was Jan Oblak nightmare 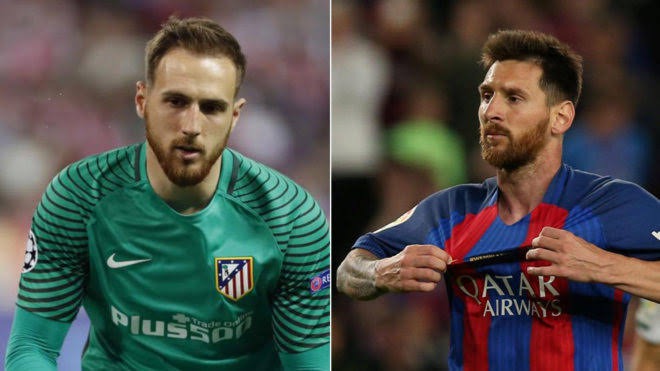 Atlético Madrid host Barcelona at the Wanda Metropolitano Stadium on Saturday night, but the match will not give Jan Oblak his usual nightmares, mainly due to the fact that his nemesis, Lionel Messi, will not be involved. Messi had been a constant thorn in the side of the Slovenian stopper, scoring 10 goals in 18 games played against the former Benfica star, but having left Barcelona there is now one less thing to fear. Oblak hasn't conceded as many goals to a single player as he did to the Argentine, although in reality he is on a clean sheet streak against the Catalan giants and Saturday's game has the potential to be the third in a row.

That said, Atleti don't have the same defensive determination as they have in recent years, and this makes perfect sense considering the sheer number of attacking options available to Diego Simeone. The defensive structure would always suffer and it is telling that Los Colchoneros have kept just three clean sheets in nine games in all competitions this period.

Oblak will have to make more saves this season, but with Messi's absence at Barcelona, ​​Saturday's clash won't be the potential nightmare it once was for the goalkeeper. Atletico have not started as their usual defensive team this season and have only kept three clean sheets - against Elche, Porto and Athletic Club - which is far from usual under Simeone. Even Oblak hasn't been his solid as usual, and on Saturday he will face Marc-André ter Stegen, who, along with Thibaut Courtois, will provide the competition to be crowned the best goalkeeper in LaLiga Santanders.