Ibrahimovic could give Manchester United their perfect plan than Cristiano Ronaldo

By Niceguy (self media writer) | 17 days ago

Cristiano Ronaldo has been in fine form since his return to Manchester United, and he may be able to offer the club more than the two-year contract he has signed. 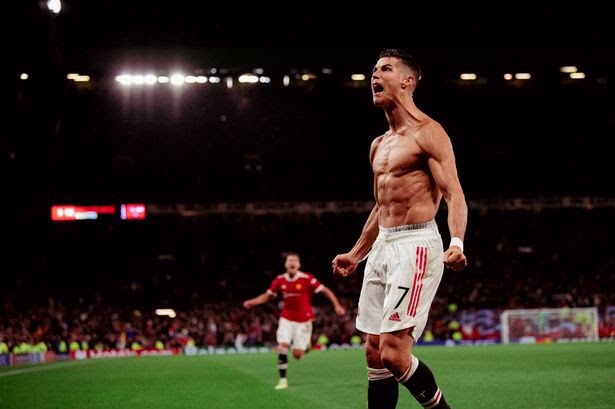 There was a school of thinking when Manchester United bought Zlatan Ibrahimovic in 2016, that the 34-year-old was too far past his physical peak to succeed in the Premier League.

Ibrahimovic, like Edinson Cavani, had always elicited skepticism from English football fans, so when he moved to United in the twilight of his career, it was natural to assume they were getting a weakened version of an overrated striker.

Ibrahimovic, on the other hand, was a huge success at Old Trafford, scoring 28 goals in 46 games in his first season, and his contract would have been extended if it hadn't been for a catastrophic knee injury. But, at 35, and with a knee ligament damage to overcome, it seemed like the end was near.

"Lions don't recuperate like humans," Ibrahimovic famously stated in the Old Trafford tunnel, and he wasn't done by a long way at 35. He turned 40 on Sunday, and after first leaving United to pursue a career in Major League Soccer, he is now back in Europe, where he is proving to be an inspirational signing for AC Milan as they attempt to reclaim their old glory. It's an incredible story.

Ibrahimovic has scored 82 goals in his career since leaving United at the age of 35, and has even returned to international duty for Sweden, with his sights set on competing in the World Cup next year at the age of 41. It wasn't for sentimental reasons that he moved to Milan.

He came into a club with a young squad that was battling for direction and converted them into contenders almost immediately. In 38 Serie A games, he has 26 goals, including one in his comeback against Lazio last month.

And he might see a cause to stay in Serie A for another four years or more if he considers what he's left behind. If Ibrahimovic, who suffered a catastrophic knee injury late in his career, can still perform at the best level at 40, then so can Ronaldo.