GOATs: See The 2 Things Messi Hasn't Been Able To Do Since Ronaldo Left Real Madrid

By OReporter (self meida writer) | 26 days

Everyone who's acquainted with football knows that both Lionel Messi and Cristiano Ronaldo are known to be the Greatest Players Of All Time (GOAT) and as such, they are known to be rivals. Having to play together in La Liga, the 2 players always strive together to achieve the same record, and more often than not, their games are always competitive, owing to the fact that they have great abilities and they move towards achieving the same goals. Currently, the 2 of them are the leading players in the history of La Liga, such that majority of their career records haven't been achieved by any other player, both retired and active players.

However, ever since Ronaldo left Real Madrid, and La Liga as a whole, things haven't been the same with the 2 teams again, as there's now lesser competition, and more than that, Messi doesn't have a worthy opponent to compete with like Ronaldo. The point is, in the matches they play, they always strive to score one or more goals in order to be among the highest Goalscorers, but since Ronaldo left, Messi has always been on top of the list without any competitor.

Known with Real Madrid and Barcelona, the El Classico matches held have been a competitive one, especially when Ronaldo was still in Real Madrid. However, after Ronaldo left, there are 2 things Messi has not been able to do/achieve.

• score any goal in El Classico

• record any assist in El Classico 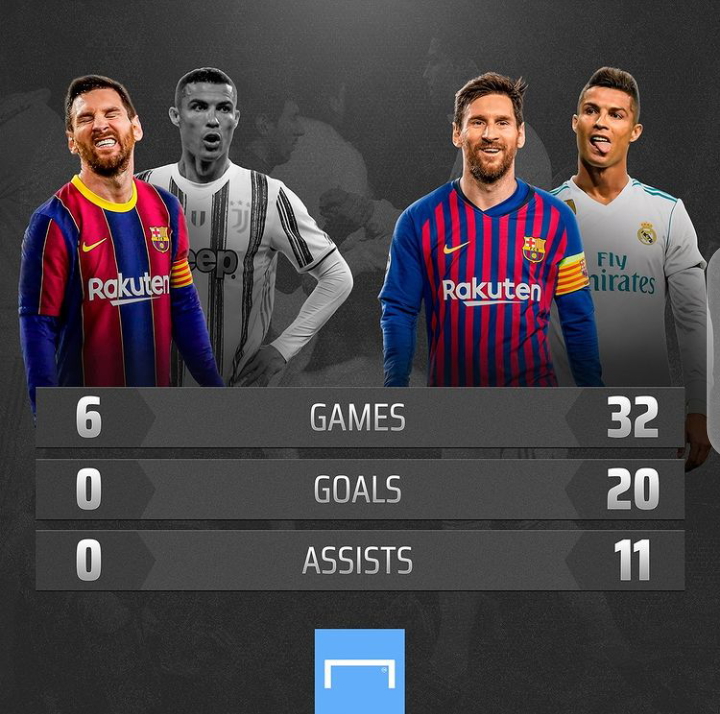 What do you think might be the cause? Is Messi getting older, or he isn't motivated like when Ronaldo was there?

"Fulanis Will Always Revenge Whenever They Suffer Injustice"- El Rufai

Naira Marley Step Out In Style With Gangs, Says "If Person Pass You, You Too Pass Another Person"

Liverpool is the most desperate club right now in Premier league, here is why.

Check out how many more points Pep Guardiola needs to win the English Premier League title.