Man United last Premier League match versus Liverpool was on the 13th of April, 2021. The match ended 4-2 in favour of Liverpool at Old Trafford. The Sunday match could end up like the last match played between the two sides. 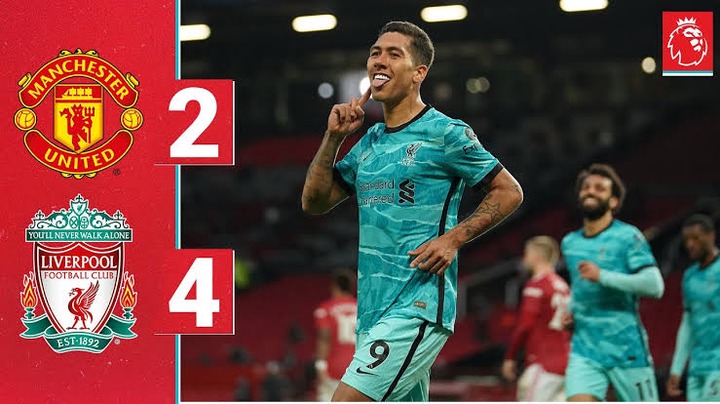 It's very unrealistic to think that Man United who have not win any of their last three Premier League matches will beat Liverpool on Sunday. United have been in their worst period under Ole Gunnar Solskjær. The team lacks the tenacity to hold their opponents and triumph over them.

Man United that have lost 1-0 to Aston Villa, drew 1-1 with Everton and then lost 4-2 to Leicester City may also lose to the in-form Liverpool team.

The 4-2 loss to Leicester City shows that Man United can't challenge the top EPL team this campaign. Everton, Leicester denied the Red Devils victories consecutively and this speaks a lot about what could be the outcome of the Sunday encounter.

Man United will be facing another challenge injury players especially in the defence. Raphael Varane and Harry Maguire's absence may become a big problem for United and they could be mercilessly dealt with.

Liverpool's dangerous attack would pose great threats on Man United shaky and weak defence. Misfiring Man United may also not find it cheap to score against the defence that includes Van Dijk and Arnold.

The major difference between Man United and Man City is the coach. Ole Gunnar Solskjær is certainly not as tactical as Pep Guardiola, so doing the necessary things that could turn things around for the Red Devils against Liverpool may be unsuccessful.