AJ Styles has taken to Twitter to voice his reaction to the Elimination Chamber match for the WWE Championship, saying he believes WWE is "praying" he becomes champion.

In the lengthy tweet, the former WWE Champion was insistent that the company wants him to take the title from Drew McIntyre at their next pay per view event. The star also praised Adam Pearce and Shane McMahon in the same tweet, while referring to them as a "wacky pair.", 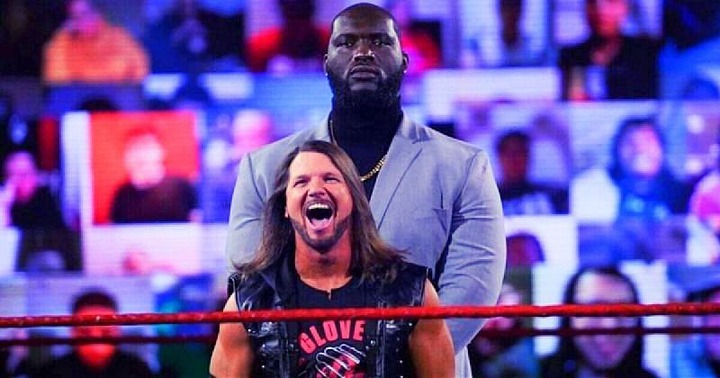 You know what this tells me?? @WWE is clamoring, hoping, wishing, praying that I become the #WWEChampion at #WWEChamber. @shanemcmahon and @ScrapDaddyAP may be a wacky pair but they’re delivering what people want!! #WWERaw

The tweet comes after the announcement on Monday Night RAW that Drew McIntyre will next defend his WWE Championship inside the Elimination Chamber against Styles, Randy Orton, Sheamus, Jeff Hardy and The Miz.

Considering Omos has been a massive factor in the outcome of most of AJ Styles' matches over the past few months, it will be interesting to see whether or not the towering force will be able to make an impact during the Elimination Chamber match itself.

In an entertaining run back of their previous rivalry, the pair threw everything but the kitchen sink at each other, with Styles coming off as particularly sadistic for targeting the injured knee of Hardy.Before Elimination Chamber, AJ Styles was forced to contend with The Charasmatic Enigma Jeff Hardy last night on Monday Night RAW.

After a missed Swanton Bomb from Hardy, AJ Styles would begin to take control. He eventually caught Hardy in the Calf Crusher, which forced the TLC innovator to tap out.

Surprisingly, Omos did not get as involved in the match as he has done on recent occasions, in order to help Styles claim victory. It will likely be a similar story inside the Elimination Chamber, where Styles will have nobody but himself to rely on.