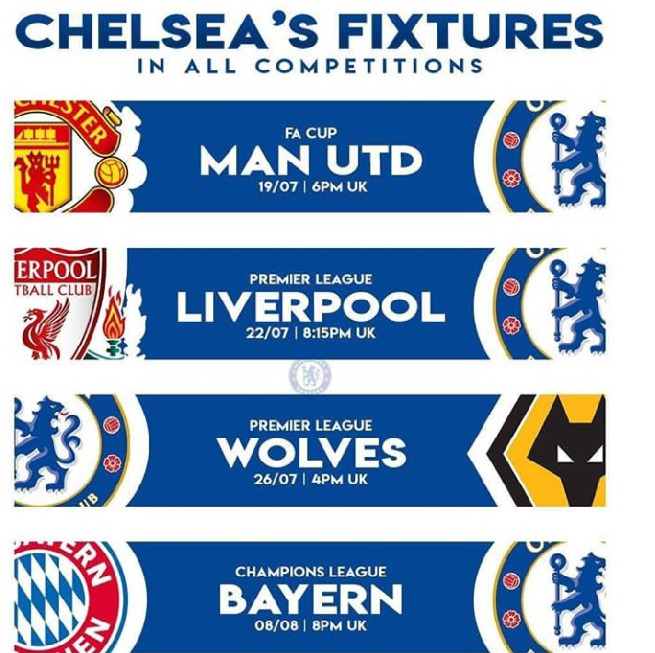 Chelsea are on the verge of finishing the season outside top four and without winning any trophy. They have played 36 premier league games and they only have two games left to play in Premier league. They would have to travel to Anfield and Face Liverpool who recently lost against Manchester city and Arsenal. Liverpool have never lost any single home game this season and definitely chelsea would find it very difficult to gather all three points. Time for Chelsea clash against Liverpool have be confirmed to be 8.15pm UK.

Chelsea's Last Premier league fixture would be against aside they thrashed in the first meeting, Wolverhampton. This time around chelsea would face a highly improved Wolverhampton wanderer side. If Chelsea could win Liverpool and Wolves, then they are guaranteed a Champions league spot next season. But if they draw a single game, it might land them in the fifth position.

UEFA Champions league would resume in August, And chelsea would have to face a side that won their league, thrashed them 3-0 at Stamford bridge. It would be a difficult deficit for Chelsea to overcome at Allianz arena, given that Bayern Munich would rest well ahead of the clash.