Tuchel has successfully created a competitive mentality in every Chelsea player.

Thomas Tuchel has surely succeeded in developing a Chelsea squad that is filled with players that are strongly competing for trophies and for starting Xi team selection in every match, as everyone is working hard to always be on the pitch.

There were some tactical changes in the Chelsea game against Brentford football club starting from the defense lineup and extended to the forwards, but none of these changes were ineffective as those newly recruited performed on their top levels.

Almost all the key players of Chelsea football club players are not physically fit as they are all injured and not fully able to play in the game against Brentford. But there was a little discovery I made during my research on virtually all the games that Chelsea has played this season.

The discovery is that Thomas Tuchel has brilliantly and successfully created a competitive mindset and desire in all the Chelsea players, as no Chelsea player messes up any golden opportunity or privilege accorded to him in playing for the Chelsea squad. And this competitive mindset has made both first and second eleven players of Chelsea football club to be strong enough to face any other club with courage, strength and determination to win.

Ben Chilwell has been in great form ever since he was given a chance to feature in the Chelsea's Carabao cup, as Alonso was rested. And ever since then he (Chilwell) has always been featured ahead of Alonso in Chelsea's recent past matches. Hopefully Alonso will surely work hard to outshine Chilwell when the opportunity comes for him(Alonso) to feature on any match for Tuchel.

Malang Sarr on Saturday's match against Brentford assured Tuchel that he is ever ready to fight for the starting eleven position for the Chelsea squad. No doubt that other players that are warming up the bench will perform at their best form in other to fall into the first eleven pecking order of Tuchel. 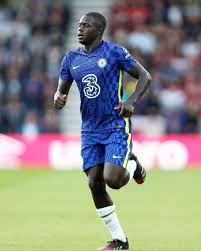 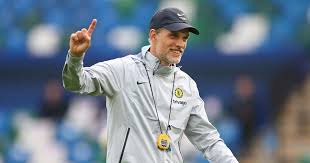