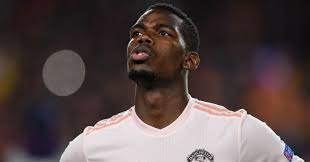 Manchester United manager, Ole, has complained of the unfair fixture schedule handed to United, it will see his team play 4 games in the next 11 days starting with a visit to Crystal Palace at Selhurst Park on Thursday.

Manchester United are looking to secure a top 4 finish in the Premier League ahead rivals Chelsea and Leicester City and they also have an FA Cup semi-final match against Chelsea coming up on Sunday. Ole knows all 4 matches are must wins for United if they are to progress to the FA Cup finals and also secure that all important Champions League football for next season.

Pogba has been in fine form for United since returning from the break, since United's first match against Tottenham where he came off the bench and won United a penalty which Fernandes converted to earn United a 1-1 draw, Pogba has started all of United's Premier League matches.

Ole has admitted that Pogba was a doubt for United's last Premier League match against Southampton but he only made it to the starting lineup after Pogba said he was ready.

"There was a question mark before the game [against Southampton]. But he felt ready for it, which was great, so now let's see how he is today or even tomorrow morning. He's been fantastic since the restart and brought a lot to the team." Ole has promised not to make a hasty decision regarding their fitness, he said he would be giving the affected players until Thursday morning before he decides if they will travel with the squad to Selhurst Park.

Speaking to MUTV he said: "The injury situation, there was a couple of doubts before the Southampton one, but they all reported fit on the day. And hopefully we can give them time now and not having to leave players out of injury, but as you say, there might be one or two fresh legs coming in."

Fingers crossed, all the United players will report fit on Thursday morning and hopefully United will have their best 11 players all available for the game against Crystal Palace as it is a must win game for United.

What is your prediction for the game considering a couple of United players are doubts for the game?