Cristiano Ronaldo inspires Juventus to a 2-0 win over Sampdoria yesterday evening. The much needed win handed over the Serie A title to Juventus which is the 9th times the old lady won the title conaecutively. Although before yesterday's game, Juventus have only won one out of their previous five matches but they put aside that awful performance and provided an impressive performance against Sampdoria.

Juventus were unable to break the stubborn Sampdoria's defence early in the game but have had a number of shots which are cleared by the goalkeeper. It was until the extra time of the first half when their talisman, Cristiano Ronaldo step up and headed home a Pjanic Miralem free-kick which put Juventus ahead before the break. Juventus victory was sealed up when Federico Bernadeschi scored another goal 30 minutes after the restart of the second half.

Ronaldo should have added a third goal when penalty was awarded to Juventus after Alex Sandro was brought down in the box, but Ronaldo's shot hit the cross bar the ball went out for a goal kick. Although Juventus have been Serie A Champions even before Ronaldo's arrival in Turin, he is the most important player in the team this season and his goals helped Juventus in winning the title.

Ronaldo managed to score 31 goals in this season Serie A campaign, a record that was last set in 1933/34 season by any Juventus player. The Portuguese forward also managed to register six assist to his name which also play a significant role in determining Juventus success. Wihout Cristiano Ronaldo's goals, they title would have been clinched by eiher Atlanta or Milan, considering the poor form of Juventus this season. 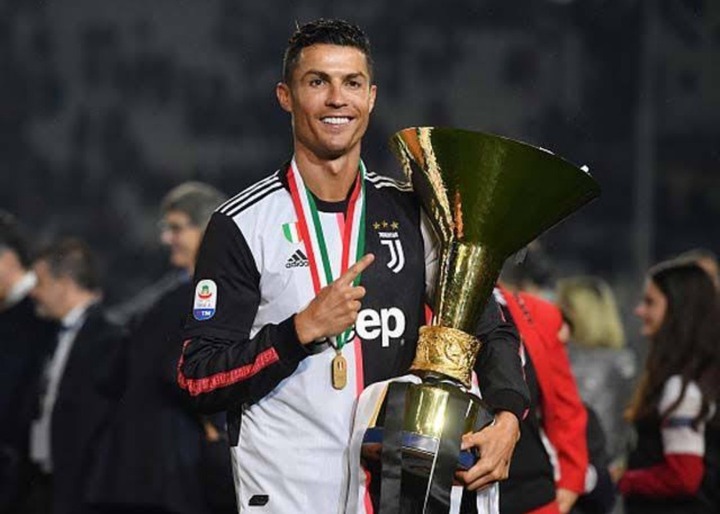