EPL: Here Are The Goalkeepers With The Highest Number Of Clean Sheets & SAVES Ahead Of Matchday 7

By Internet_Gist (self media writer) | 23 days ago

The 2021/2022 Premier League continues this weekend as English top teams fight for the prestigious league trophy. Seven (7) matches have been scheduled to take place on Saturday while the remaining four matches will be played on Sunday before the international break commence.

In football, goalkeepers are arguably one of the important players or positions in every team setup. Coaches can choose to start with 1-3 Strikers, 4 or even 1 midfielder but there must always be a goalkeeper guiding the goalpost no matter the formation or tactics deployed.

Goalkeepers do a lot of work on the pitch but often don't get the credit they deserve. Pundits football fans tend to talk more about strikers and goal Scorers' performance, neglecting the efforts of goalkeepers that kept the team going. Cristiano Ronaldo, Romelu Lukaku and Mohamed Salah are always on the news headline for their goal scoring exploits but you hardly see Goalkeepers getting the recognition they deserved.

Goalkeepers like Edouard Mendy, Hugo Lloris and Ederson Morales have all impressed this season hence will be looking at the top Goalkeepers and their statistics so far this season. 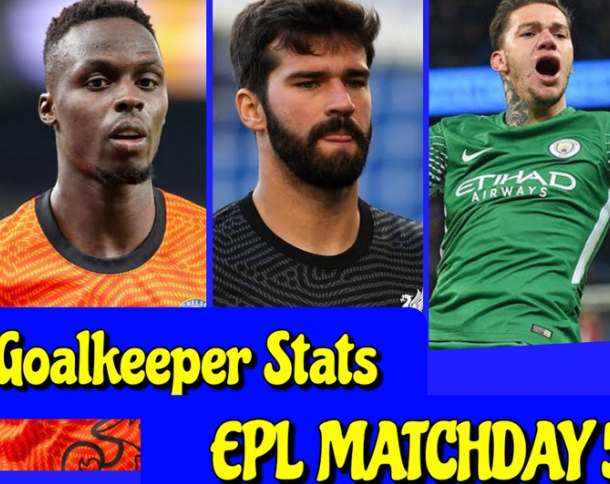 Manchester City goalkeeper, Ederson Morales is currently on top of the Premier League Golden Glove race with five clean sheets in six matches. The Man City Shot stopper has only conceded one goal so far this season and gunning for his third career Golden Glove award.

Chelsea's Edouard Mendy, Tottenham's Hugo Lloris, Liverpool's Allison Becker and Brentford's David Raya are all in the race for the Golden glove award.

Here are the full stats 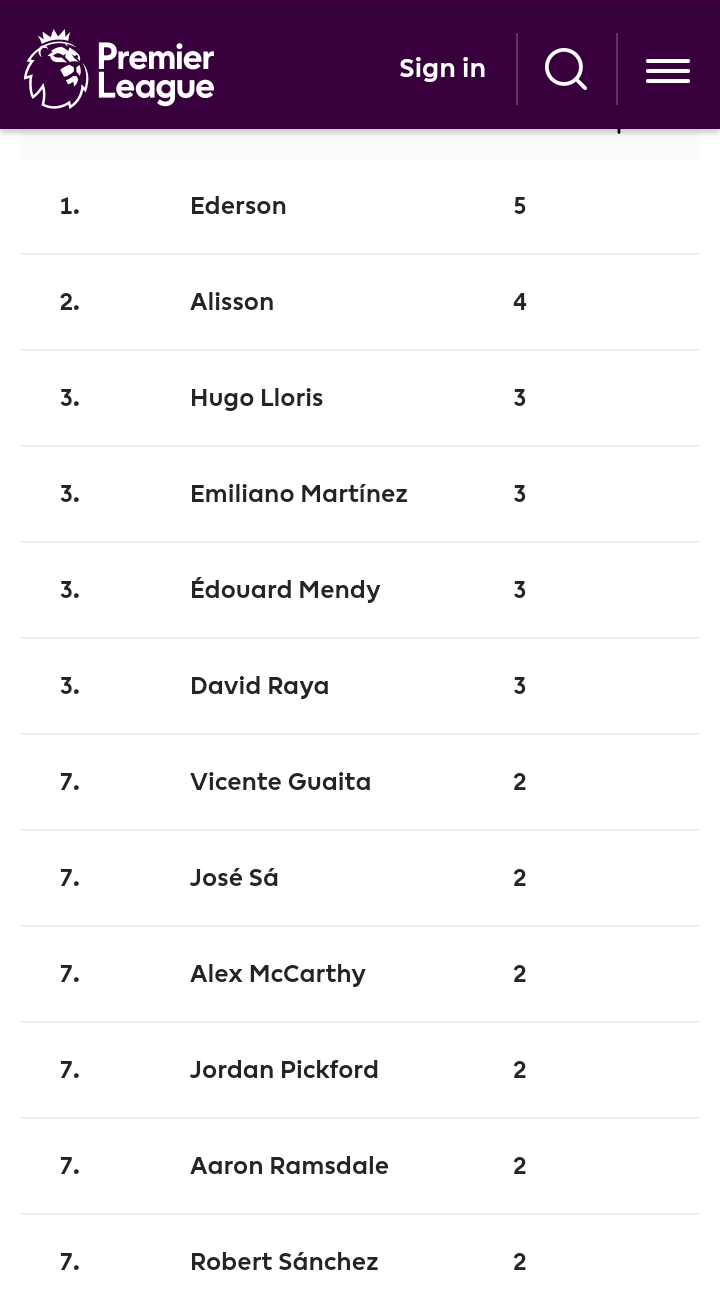 Although keeping clean sheets is what shows how good a goalkeeper is but the primary duty of a good goalkeeper is to prevent the ball from entering his net by making saves.

Making saves is one of the most difficult things to do in football as you need to be alert, fast and have superb reflexes in order to make a great save. Premier League is known for players firing long-range shots from a far distance and most times goalkeepers never see this shot coming and some are not fast to make the save.

Here are the goalkeepers with the most saves in the Premier League this season:

Tottenham's goalkeeper, Hugo Lloris has made 23 saves so far this season. After keeping 3 consecutive clean sheets in a row, Hugo Lloris has conceded 9 goals in a row but managed to prevent 23 of them from entering his net.

Chelsea's goalkeeper Edouard Mendy is a surprise name on this list judging how the Senegalese kept a lot of clean sheets without making enough saves last season. Edouard Mendy was lucky to have good defenders around him that protected him from conceding last season but this season has been a different story for him. He has succeeded in making 18 saves this season as Chelsea struggles defensively. 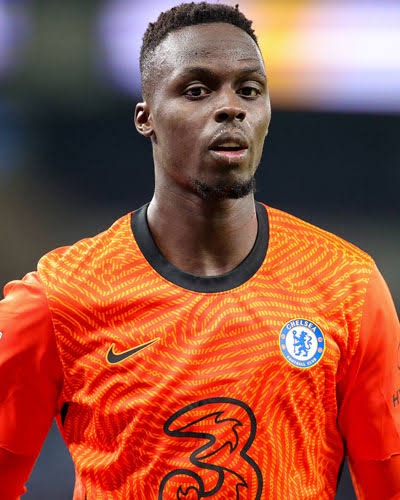 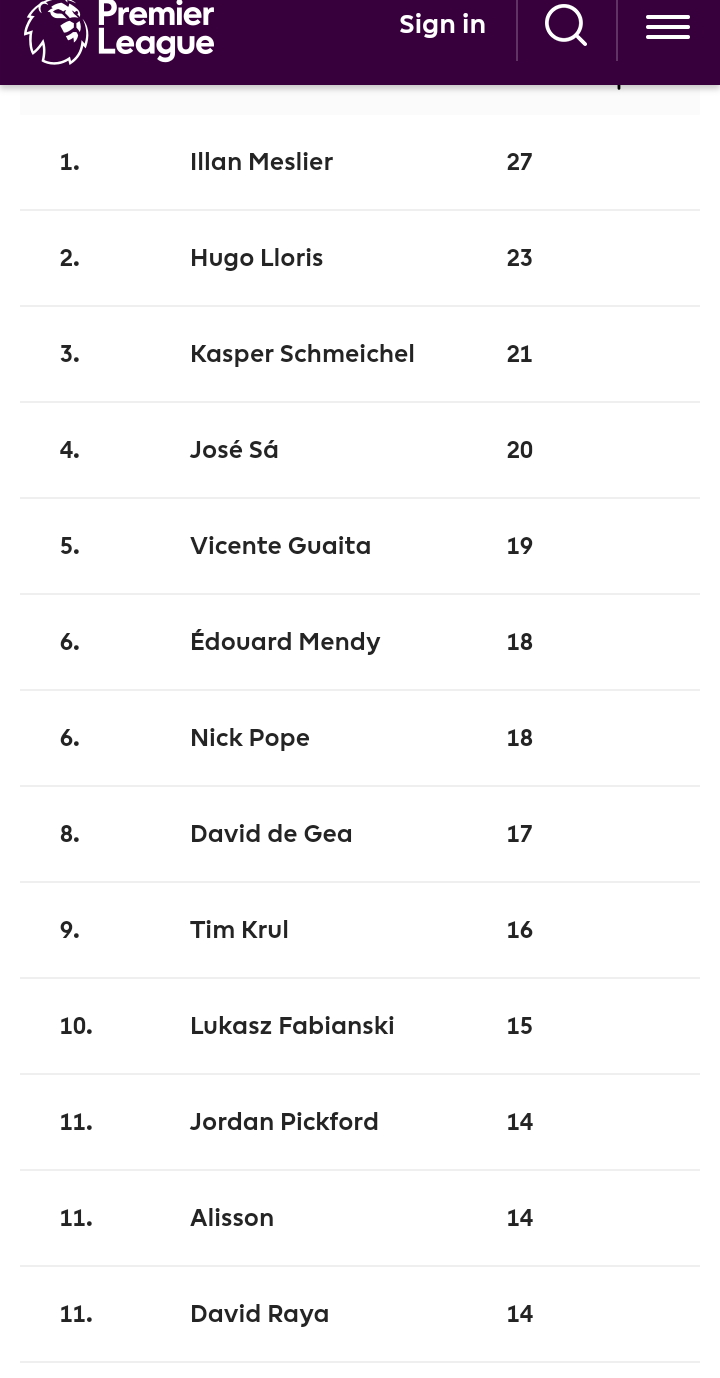 Ten matches will be played this weekend (Matchday 7) and over 20 goalkeepers of the 20 Premier League clubs will be in action this weekend and will be hoping to improve their statistics for the season positively.