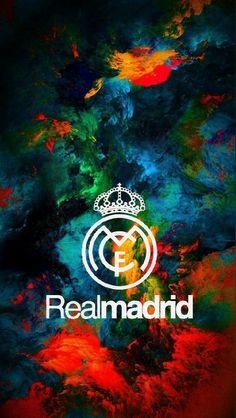 Real’s experienced players who have done it all before such as Modric, Hazard, Benzema, Asensio and Toni Kroos are proving decisive in the title chase. However, also noteworthy for Real throughout 2019/20 has been the improvement of young talent at the Santiago Bernabeu. The two most noteworthy being young Brazilian left winger Vinicius Jr and Uruguayan central midfielder Federico Valverde. Both broke into Los Blancos’ first team in 2018/19 as promising youngsters, however, they will conclude 2019/20 and start 2020/21 as regular first-teamers.

Amongst the glimpses of his talent that Vinicius showed last season were frustrating decision-making and inconsistency expected of young players. Nonetheless, Real coach Zinedine Zidane kept faith in Vinicius throughout 2019/20. The frustrating actions remain, however, much less frequently than last campaign. In Los Blancos’ victory over Sociedad, Vinicius gave his best all-round performance for Real since his EUR 45 million move to the Santiago Bernabeu in 2018 from Flamengo. His dribbling runs were a continuous threat down the flanks, one of which resulted in a penalty that gave Real the lead. Furthermore, Vinicius’ off-the-ball work-rate was noteworthy as he tracked back to check Sociedad attacks and assisted Brazilian fullback Marcelo by fulfilling necessary defensive duties.

21 year-old Valverde arrived at Real from Uruguayan giants Penarol in the summer of 2016 aged 18. In 2018/19, Valverde made 25 appearances in all competitions, 10 as a starter, contributing zero goals and assists for Real. Contrast to 2019/20 where Valverde has contributed 35 appearances in all competitions, 25 of which as a starter noting 2 goals and 5 assists in a box-to-box midfield role. The Uruguayan has added much needed youth, pace and dynamism to Real’s midfield. Valverde’s improvement gives encouragement to Real supporters for further development in future campaigns.

Real became famous under the presidency of Florentino Perez for a Galaticos transfer policy. A strategy which saw them sign the world’s finest talent to achieve a huge trophy haul on-field and off-field commercial success. Recent seasons do still see certain Galatico signings, the most recent being Hazard. Nonetheless, Los Blancos’ new transfer strategy is now beginning to pay dividends, the pursuit of Young Galaticos. A strategy which involves the purchase of the globe’s most promising young talent aged between 18 and 20. The aforementioned Vinicius Jr and Federico Valverde are the first two of said Young Galaticos to emerge.

Others could follow in future seasons, Vinicius’ Brazilian compatriot, 19 year-old right winger Rodrygo has been given 19 games in all competitions for Real’s senior team this campaign, noting 7 goals and 2 assists. Two more noteworthy Young Galaticos are currently impressing out on loan. The first being 21 year-old Norwegian attacking midfielder Martin Odegaard, who on loan at Real Sociedad has noted 7 goals and 8 assists this campaign. The second being 19 year-old Japanese winger Takefusa Kubo, who on-loan at Real Mallorca has noted 3 goals and 3 assists in 28 games.

Real, like Barca have some underperforming, high-earners who they have difficulty moving on, the most noteworthy example being Gareth Bale, contracted until 2022. However, based on his improvement this campaign and with his ceiling being high because he is only 19, Vinicius already looks to seamlessly replace Bale on Real’s left flank. Despite Vinicius costing a huge sum for a young player, it could save Real a fortune down the line and lock-down a spot in their first-team for many a season.