By Fridiano (self media writer) | 1 day ago 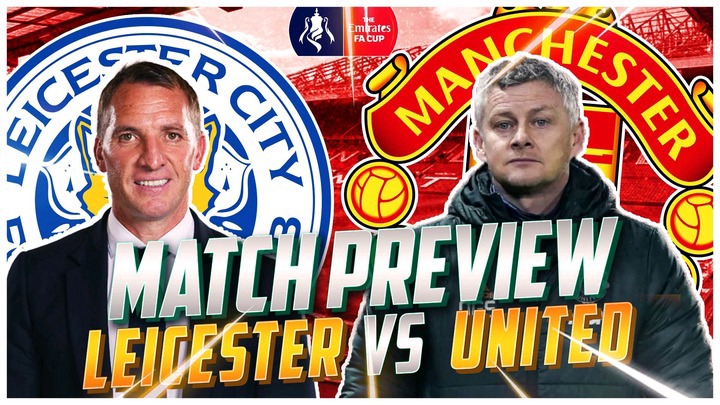 Man United have had a shaky start to the season, winning only four of their first seven Premier League games, and if they are not careful, they might lose points again this weekend.

Man United will face Leicester City on Saturday, and they must win all three points to stay in the top four.

Due to the way Man United is performing at home right now, Solskjaer has come under fire, but according to significant sources, the owners continue to support him. This summer, United's manager has been bolstered by a slew of huge acquisitions, so he's out of excuses. To soothe the anxieties at Old Trafford, he'll need to win, but that's easier said than done. 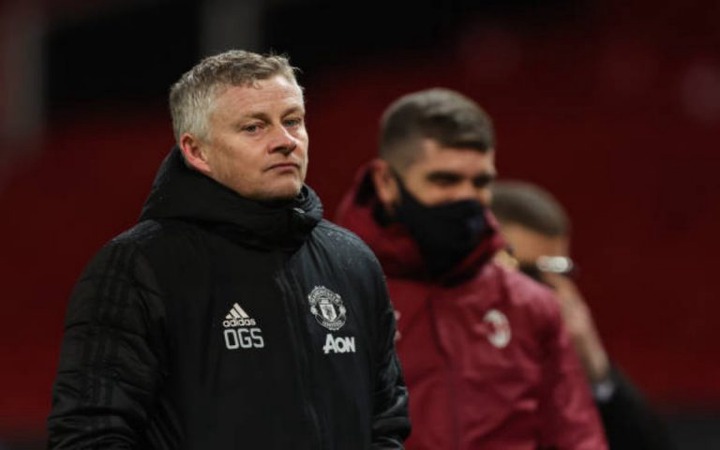 Leicester City is a formidable opponent, and Manchester United may be without many important players on Saturday. As a result, all of the available players must give their best, otherwise the Foxes will be able to tear them apart very quickly. United has a strong away record in the Premier League, therefore we expect a much stronger performance than they did against Everton. 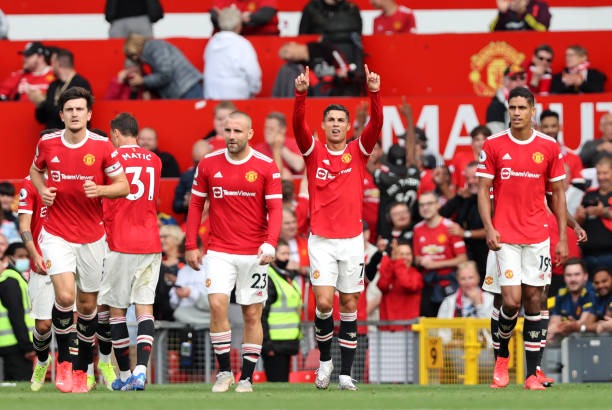 The Spaniard will start in goal on Saturday after successfully reclaiming his No. 1 place, although the defensive line in front of him is anticipated to alter.

Raphael Varane has been sidelined with a groin injury, and Manchester United has announced that he will be out for a few weeks.

Harry Maguire is also set to miss the game against Leicester City due to an injury. However, according to a new rumor, the England defender might be fit in time to play. 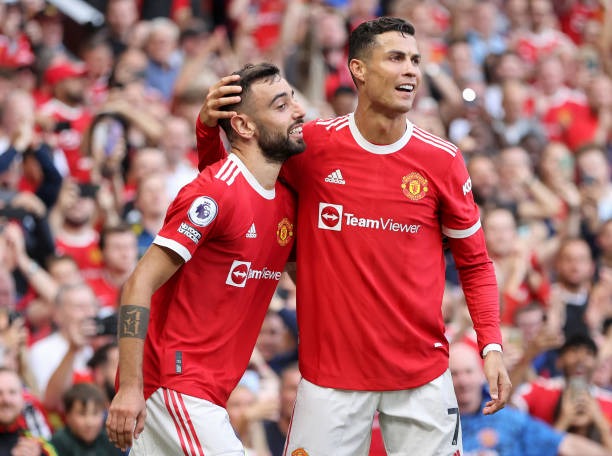 We'll have to keep an eye on this one, but if Maguire isn't ready, Eric Bailly and Victor Lindelof will form a central defensive pairing.

Paul Pogba will have to join up with Scott McTominay in defensive midfield because Fred will be unavailable due to his commitment to Brazil on Friday. Mason Greenwood has had a strong start to the season, therefore we anticipate him to keep his right flank spot as Bruno Fernandes takes over at No 10.

Marcus Rashford has been out with a shoulder injury, but Solskjaer might be in for a major boost this weekend when the England international faces Leicester City. 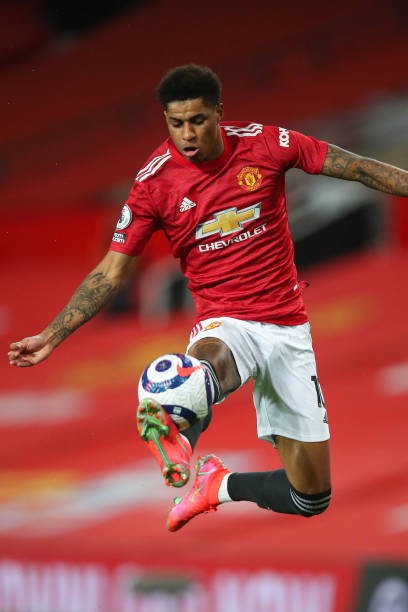 Jadon Sancho has struggled to adjust to life in the Premier League, but the manager has decided to give him a starting place on the left flank. 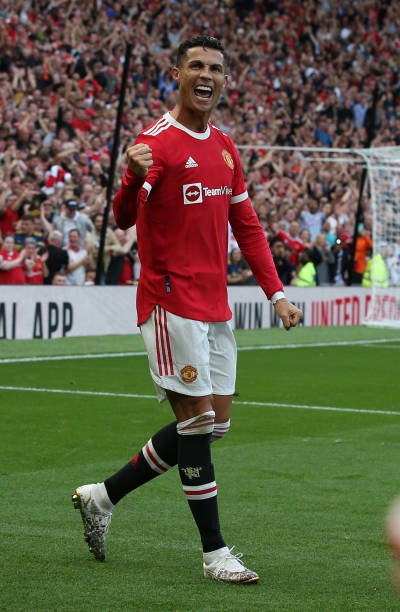 This is definitely a significant advantage for the United manager, but we doubt that Rashford will be used in such a crucial game. Cristiano Ronaldo starts up front. 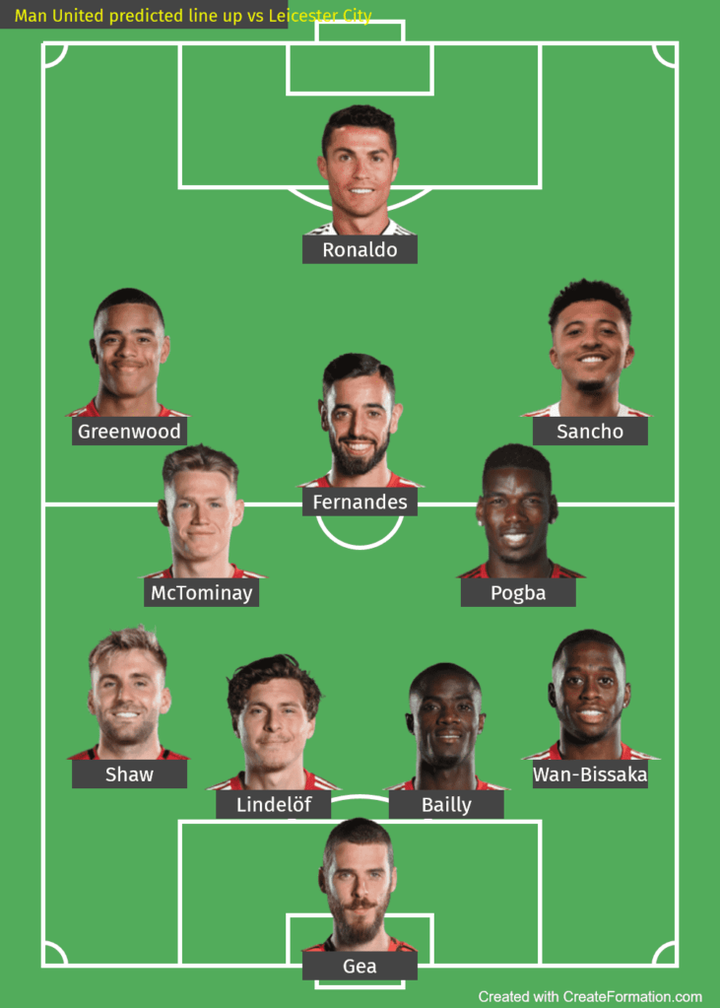