By Oleribe (self media writer) | 2 years ago Tottenham Hotspur manager Jose mourinho has claimed Manchester united have been luckier than the other clubs at champion league qualification this season.

The former Red Devils boss did concede that united have played well in the second half of the season but believes that they had luck that others didn't. Mourinho was asked in his pre-match press conference ahead of spurs' clash with Leicester about the fact that a win in that game could hand united a spot on the top four.

"First of all I'm not looking at that fight," mourinho replied. "I don't know mathematically what's possible for them, I think they play the last game between them, I don't know if things can be decided there.

"I don't know if Chelsea are in a safe position, I don't think they are. if Manchester united does it. They will do it by playing very well in the second part of the season and when you play well, you deserve. 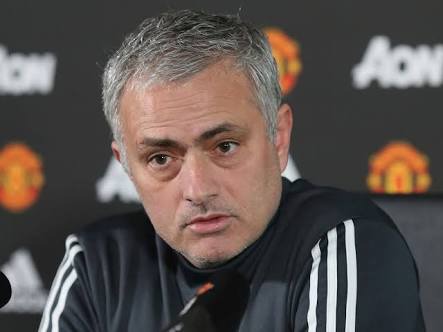 "On top of that, everyone knows that they were a bit lucky, more than one time, luck that others didn't have.

We didn't have it for example that luck."

VAR should be just simple, pure and clear decision. The space for the mistake is the space of man on the pitch having to make very difficult decision at 200mph. Different angles of vision.