ARS 0-2 CHE: 3 Observations From The Match 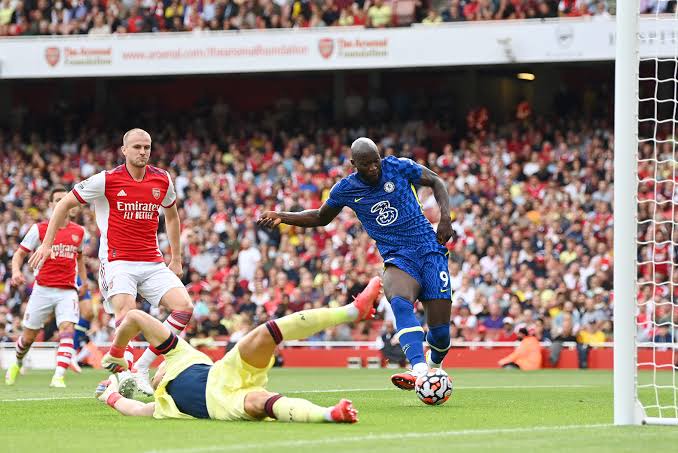 On his return to Chelsea, Romelu Lukaku scored his first goal and put in a commanding display as Thomas Tuchel's team overcame Arsenal 2-0 in the Premier League.

Lukaku scored on his second debut for the Blues after coming on a club-record deal from Inter Milan, holding off defender Pablo Mari before tapping in Reece James' cross after only 15 minutes.

On 35 minutes, his hold-up play resulted in Chelsea's second goal, as James completed a fluid move to put the European champions two goals up at the break.

Arsenal had penalty demands turned down as Bukayo Saka appeared to be pushed over in the area by James, before the England international had a powerful effort from distance deflected over the bar by Chelsea goalkeeper Edouard Mendy after the break. Rob Holding then came within inches of scoring with a header that went just wide of the post.

Lukaku was denied a second goal after Arsenal goalkeeper Bernd Leno made a spectacular save to tip his header onto the crossbar, which would have completed a man-of-the-match performance by the Belgian international.

Here are my 3 observations from the game.

1. ARSENAL'S DEFENSIVE PROBLEM IS A WELL-KNOWN ONE: Lukaku's early goal ruined Arsenal's promising start, and the Chelsea striker's dominance of his rival defenders was reminiscent of the Gunners' troubles over the last 15 years.

During his tenure at Stamford Bridge, Didier Drogba dominated Arsenal, and Diego Costa had a similar impact during his brief stay in the Premier League. Arsenal's defenders were bullied, contributing to the club's terrible record in North London derbies, which has recently improved under Mikel Arteta.

The difference now is that Chelsea have a striker to fear again, whilst Arsenal have yet to find a centre back capable of handling the pressure. This summer, Arteta's team paid £50 million for Ben White, but with the England international sidelined due to illness, Pablo Mari and Rob Holding were left to fill the void.

Pablo Mari, in particular, struggled, and the doubts about his performance, as well as the ease with which Lukaku won their individual duel, spread across the team and the spectators. 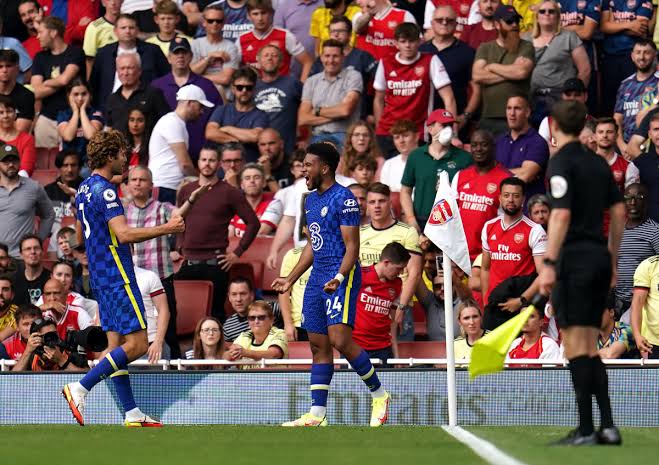 2. CHELSEA'S MISSING COMPONENT APPEARS TO BE ROMELU LUKAKU: Lukaku is Chelsea's jigsaw puzzle piece, according to Thomas Tuchel, as he held the centre area, lured the Arsenal defenders out of position, and then read the play to ensure he broke into the six-yard box to tap in Reece James' cross in the 15th minute.

Lukaku had barely touched the ball until that point, yet it only took a fraction of a second for him to put his team ahead. The way Lukaku pinned and then shrugged off Pablo Mari sent shivers through the Emirates, and audible groans could be heard among the home fans each time he received the ball.

That's what having a lethal striker can accomplish, and Lukaku's arrival has turned Chelsea into a Premier League force to be reckoned with this season. Lukaku's seamless comeback makes Chelsea favourites for the title at this early point, and his entire performance barely a week after coming to the club is a big credit to the 28-year-old.

3. THE NEED FOR ODEGAARD IS EVIDENT IN ARSENAL'S LACK OF CREATIVITY: After the break, Arsenal improved, although they rarely looked like scoring at the Emirates. The Gunners began a league season with two defeats and no goals after two matches for the first time in their 118-year history in England's top four tiers.

Arsenal's finest performers were Smith Rowe and Bukayo Saka, who provided much-needed energy for their attacks, although there were no clear goalscoring opportunities.

Following the trio's impressive performances together last season, the addition of Martin Odegaard, who was re-introduced to the Emirates before the match following his arrival on a permanent move from Real Madrid this week, should boost Smith Rowe and Saka.

On his second start of the season, Gabriel Martinelli struggled once more, although there was some good news with the return of captain Pierre-Emerick Aubameyang. Once Alexander Lacazette heals from Covid-19, his return will be a significant boost. 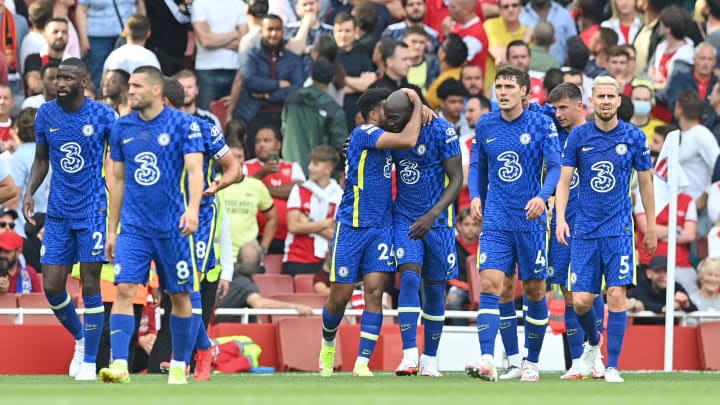